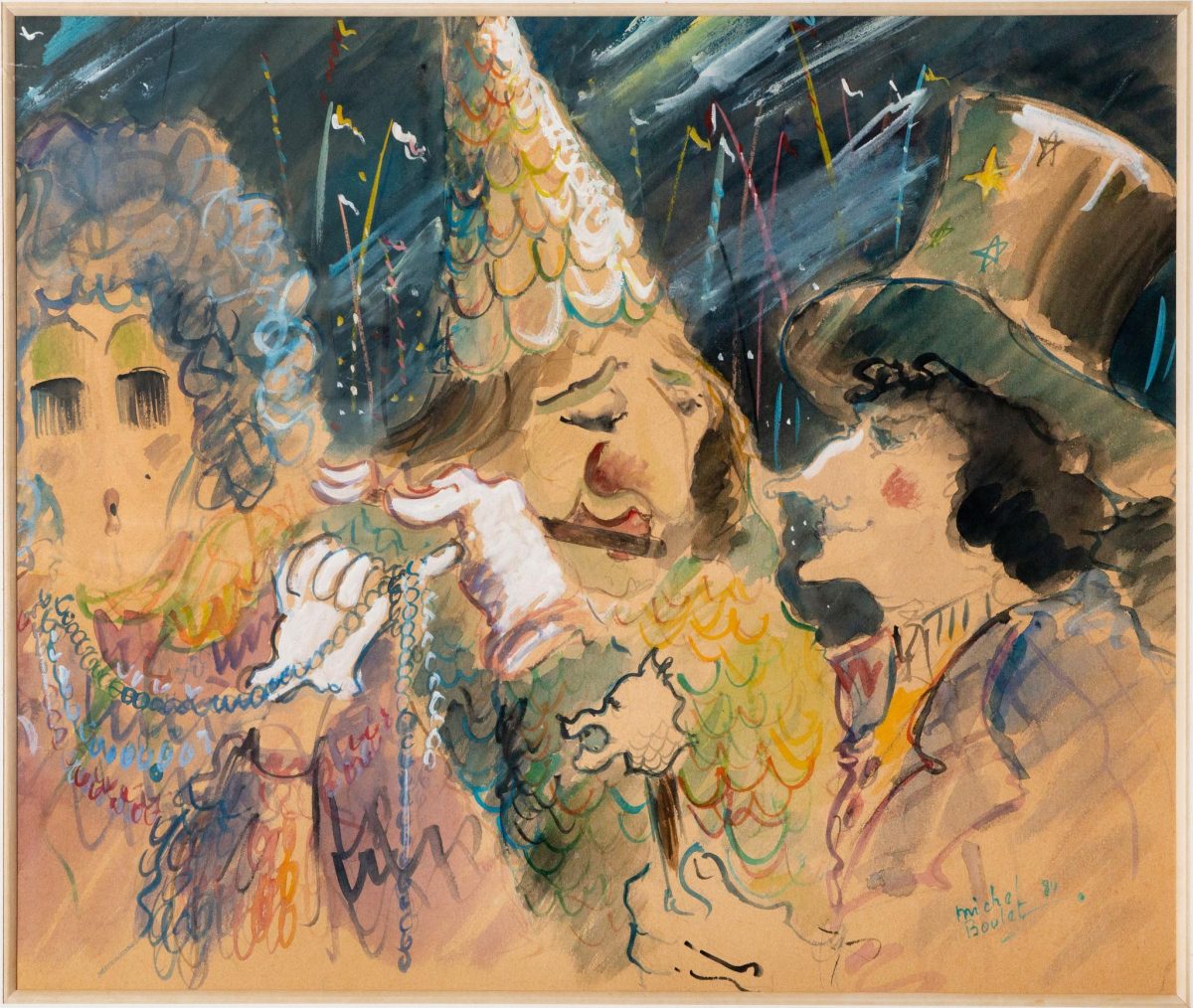 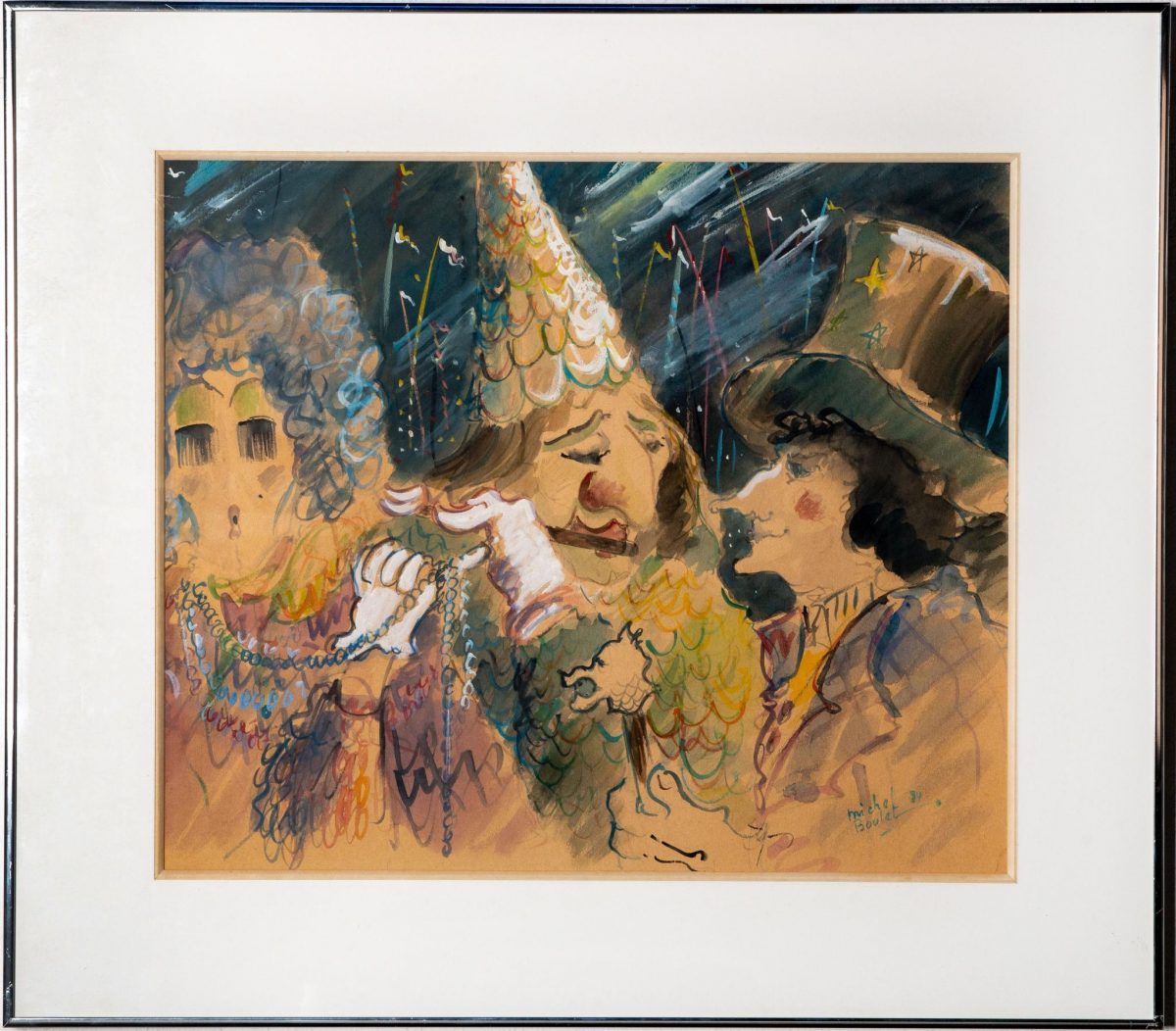 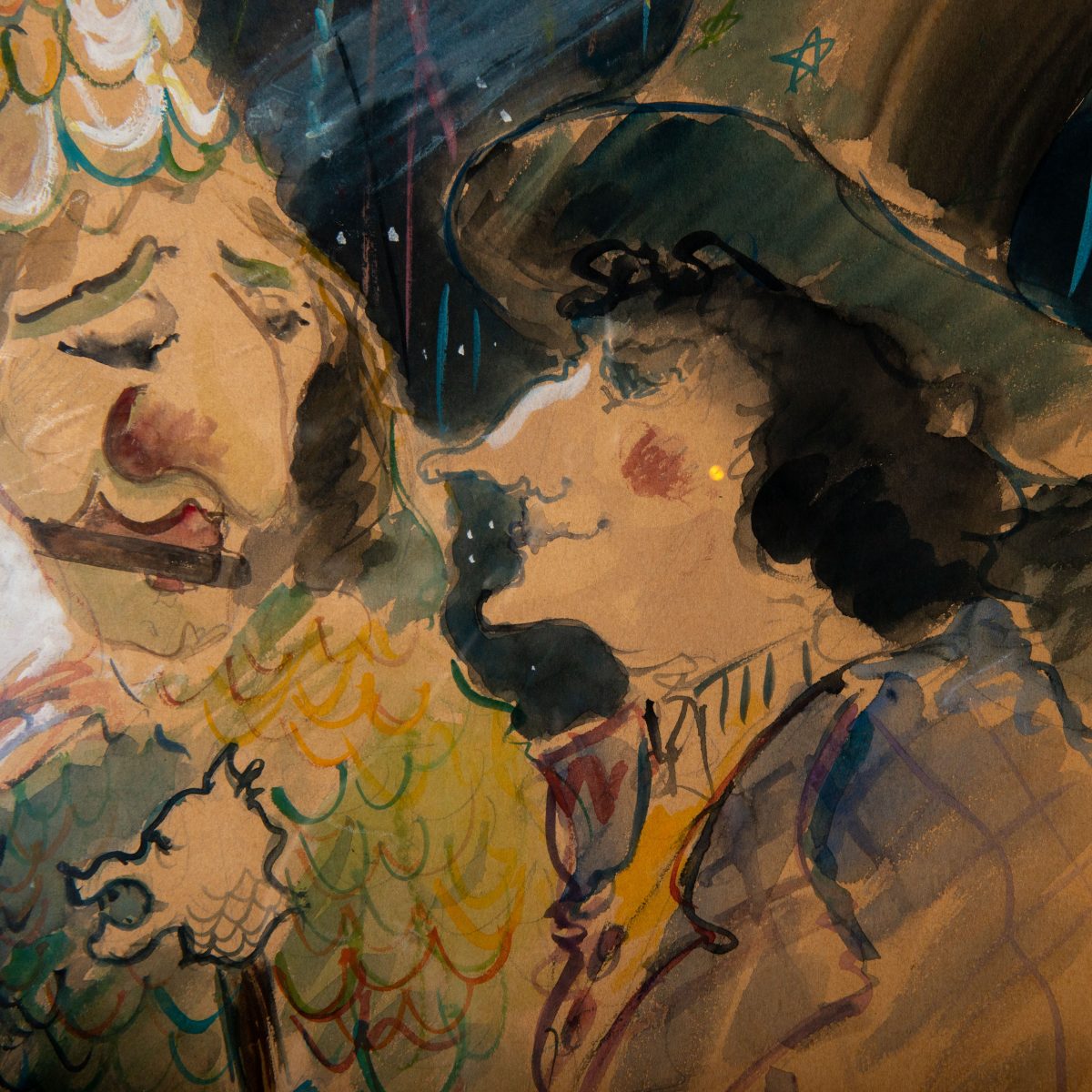 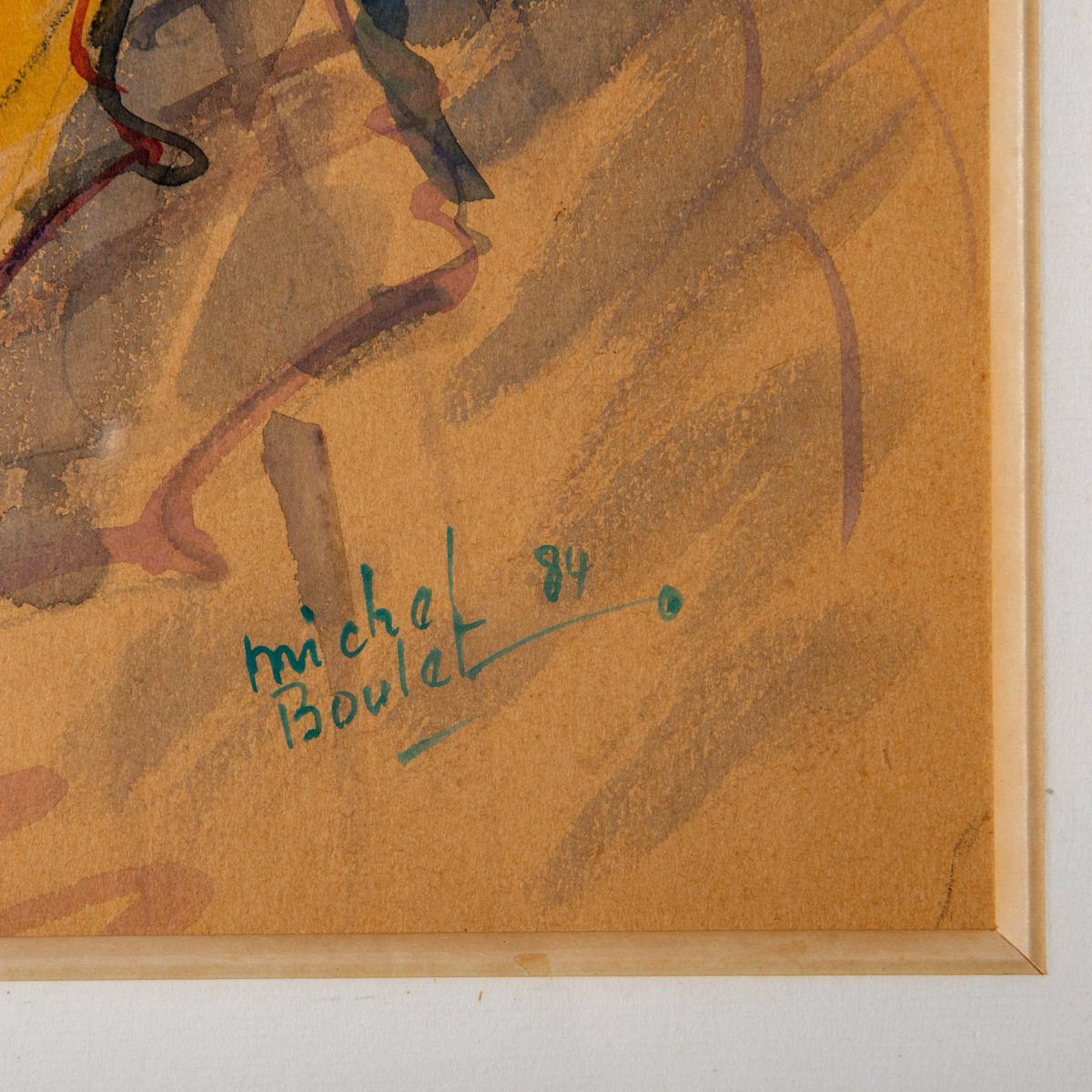 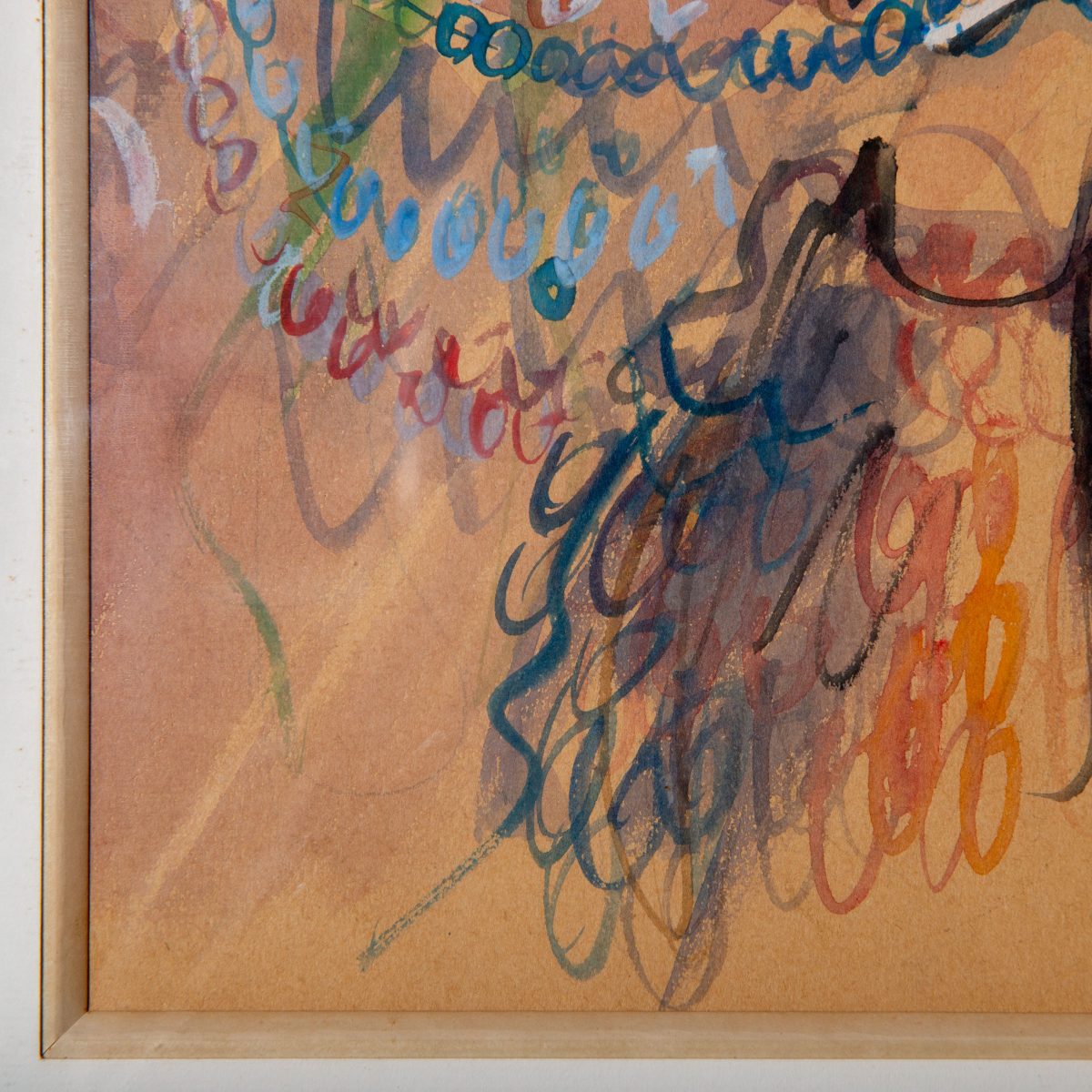 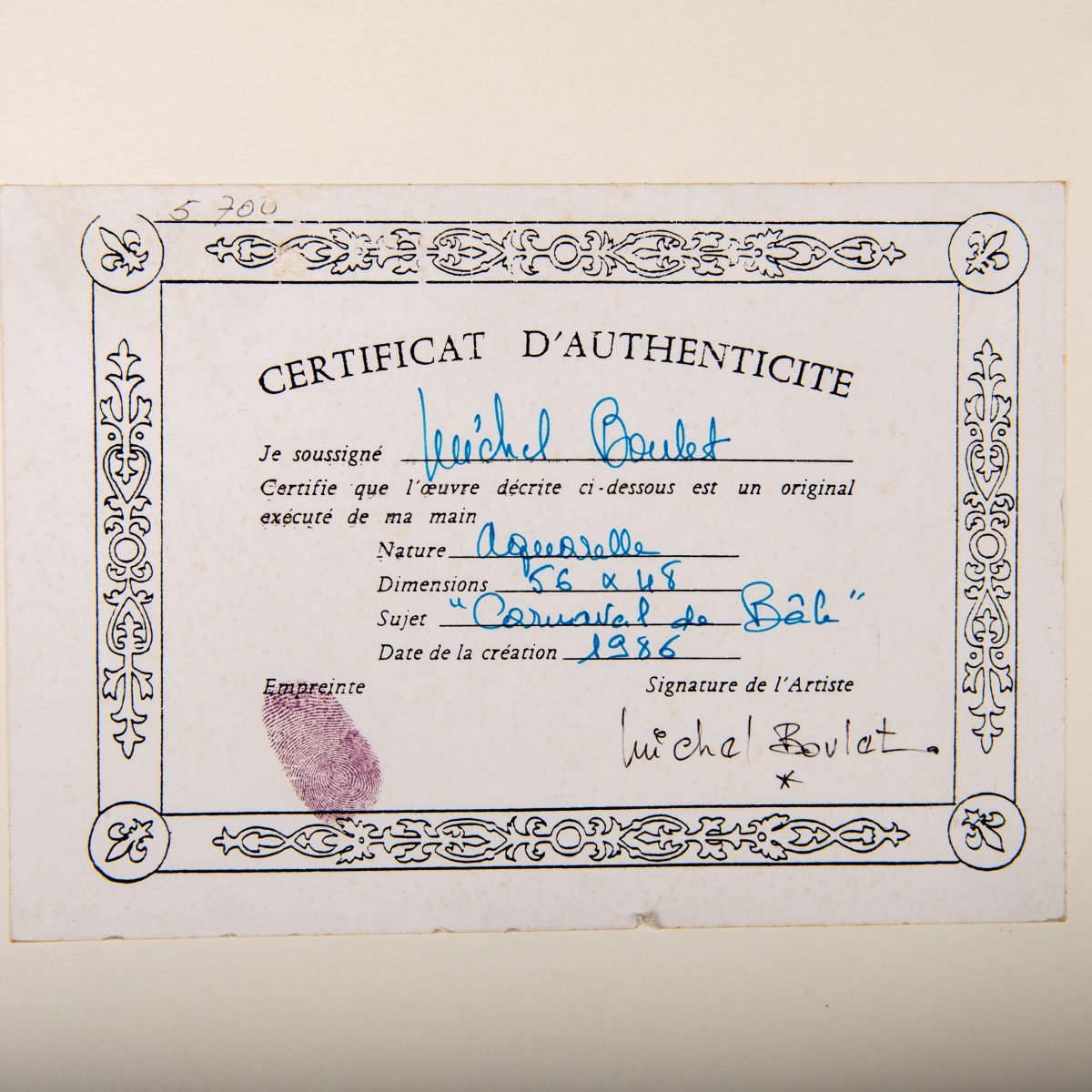 Stunning silver frame; Beautiful contrast of colors are used in this painting of three, imaginative characters. Signed by Artist in lower right corner. Certificate of Authenticity on back.

Michel Boulet was born on September 7, 1938 in Marseille (France). Very young, from the age of 7, he was passionate about drawing and painting which occupied him, child and adolescent, all his hobbies. After a career as an illustrator, designer and graphic designer, he taught screen printing for 2 years at the Ecole des Beaux Arts in Marseille. Painting attracts him more and more. In 1981, he moved to St Paul de Vence and introduced his work to a few international galleries that followed him throughout his career. Between exhibitions in the United States and his studio, his life was full of encounters, surprises and incredible experiences. Very quickly, collectors from all over the world, Americans, English, Dutch, Australians, Swiss, acquired his works. Today, Michel Boulet still continues to produce some original works each year to the delight of our customers, friends and international collectors.