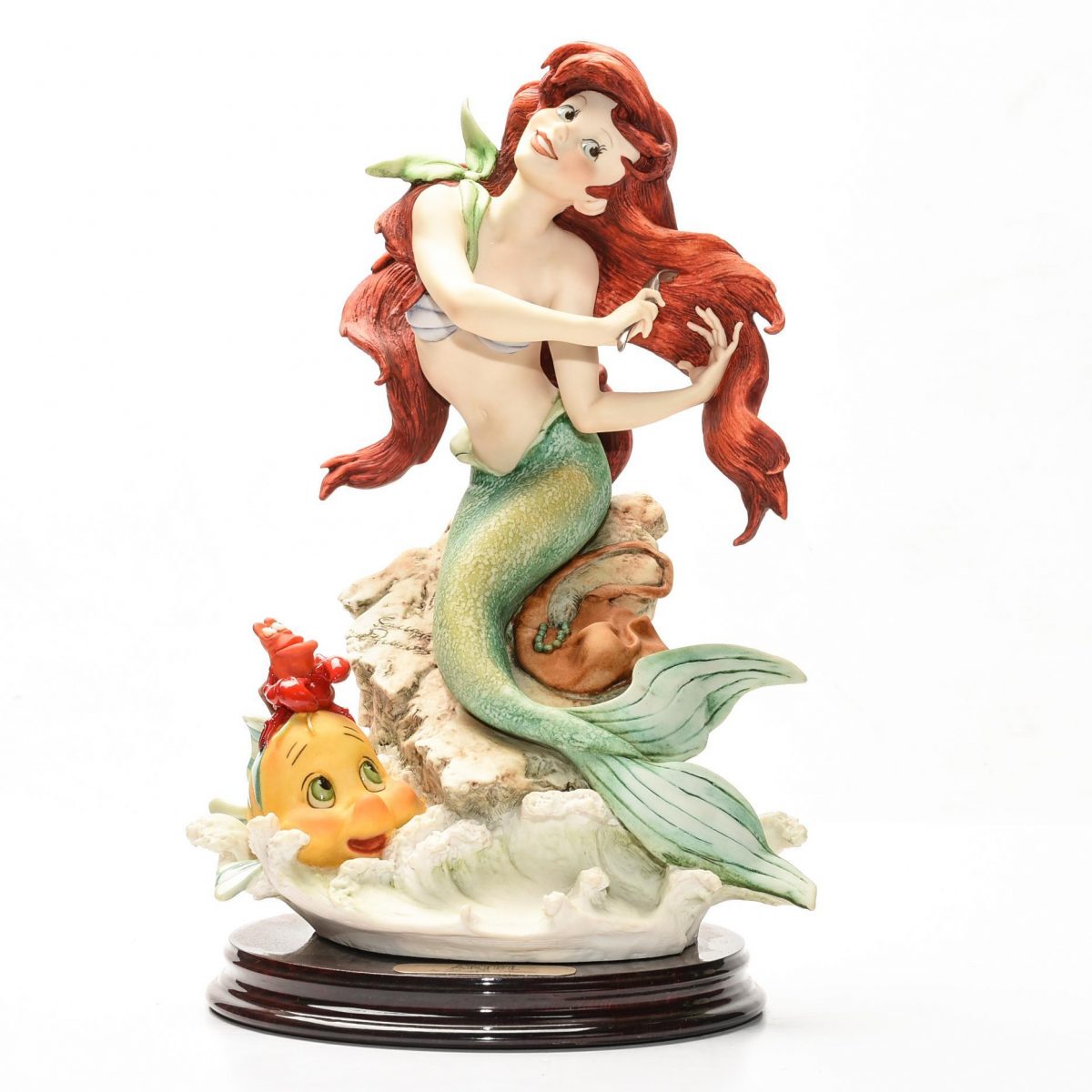 The world of Disney collectibles encompasses millions of products associated with 20th century filmmaker Walt Disney and the franchise that bears his name. Disney merchandise can be found everywhere from a Palm Beach auction house to the grand salons of Sotheby’s and Christies.

Known as Disneyana, these items are usually inspired by films made by Disney or are related to popular elements of the Disneyland and Walt Disney World theme parks, or the company’s international network of Mickey Mouse Clubs. 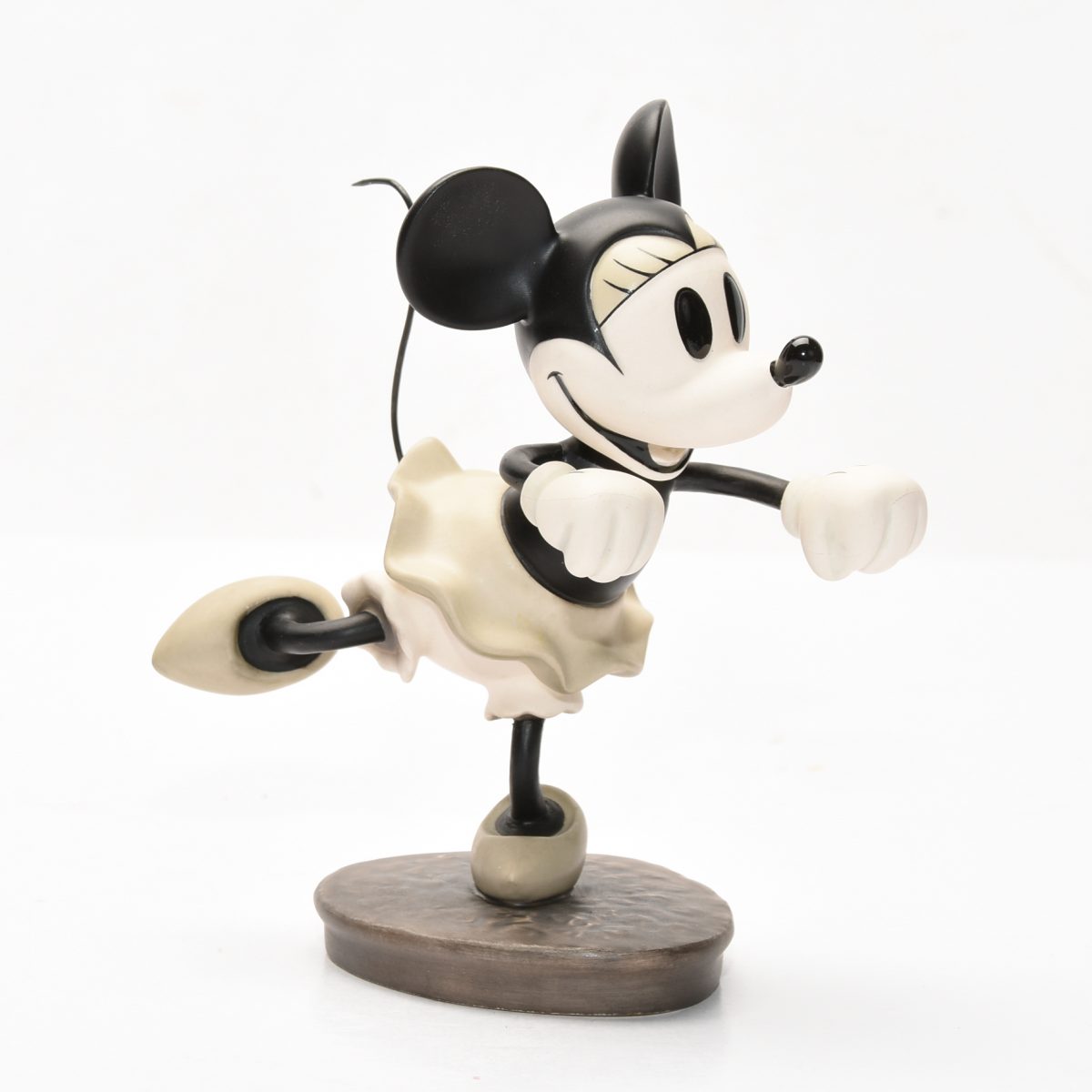 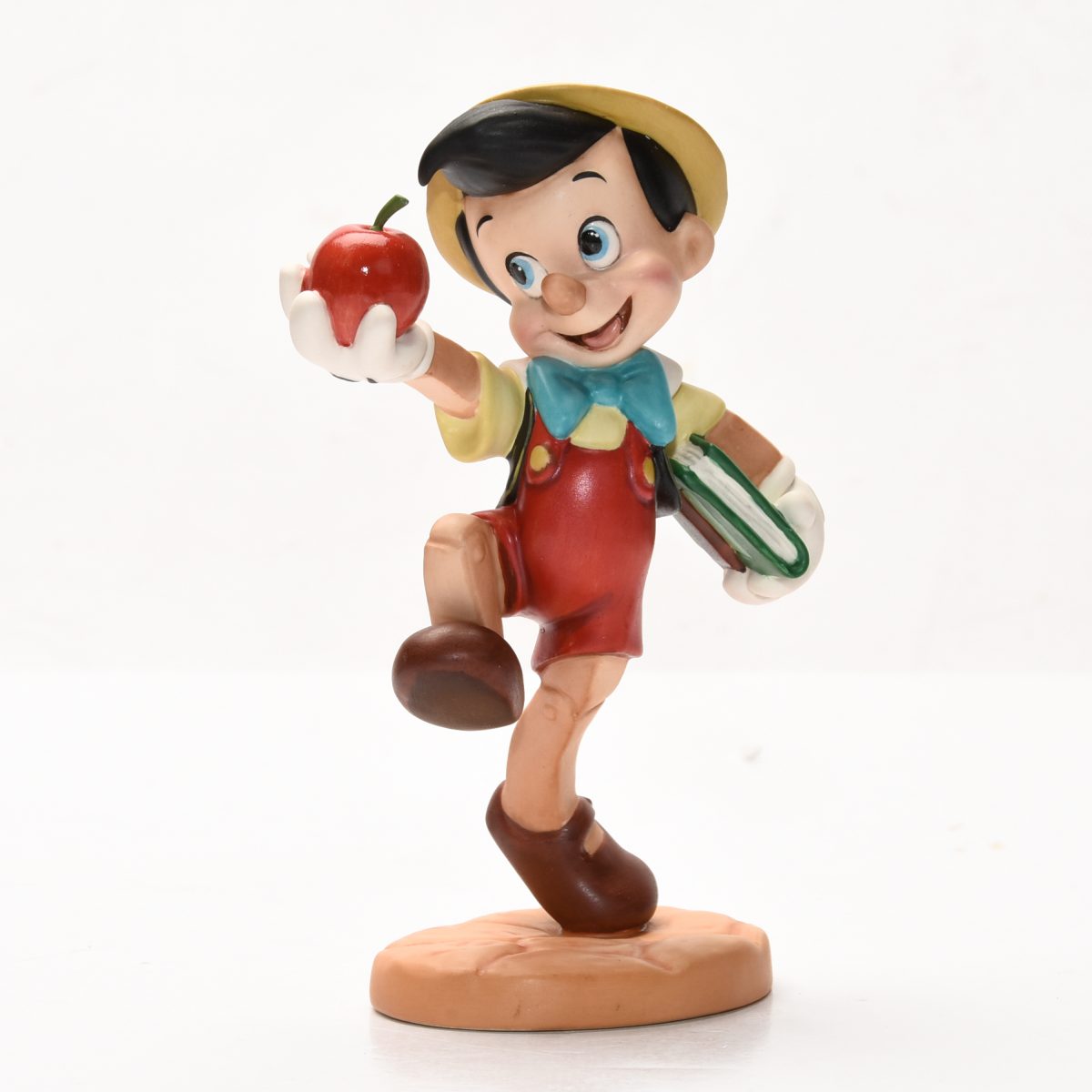 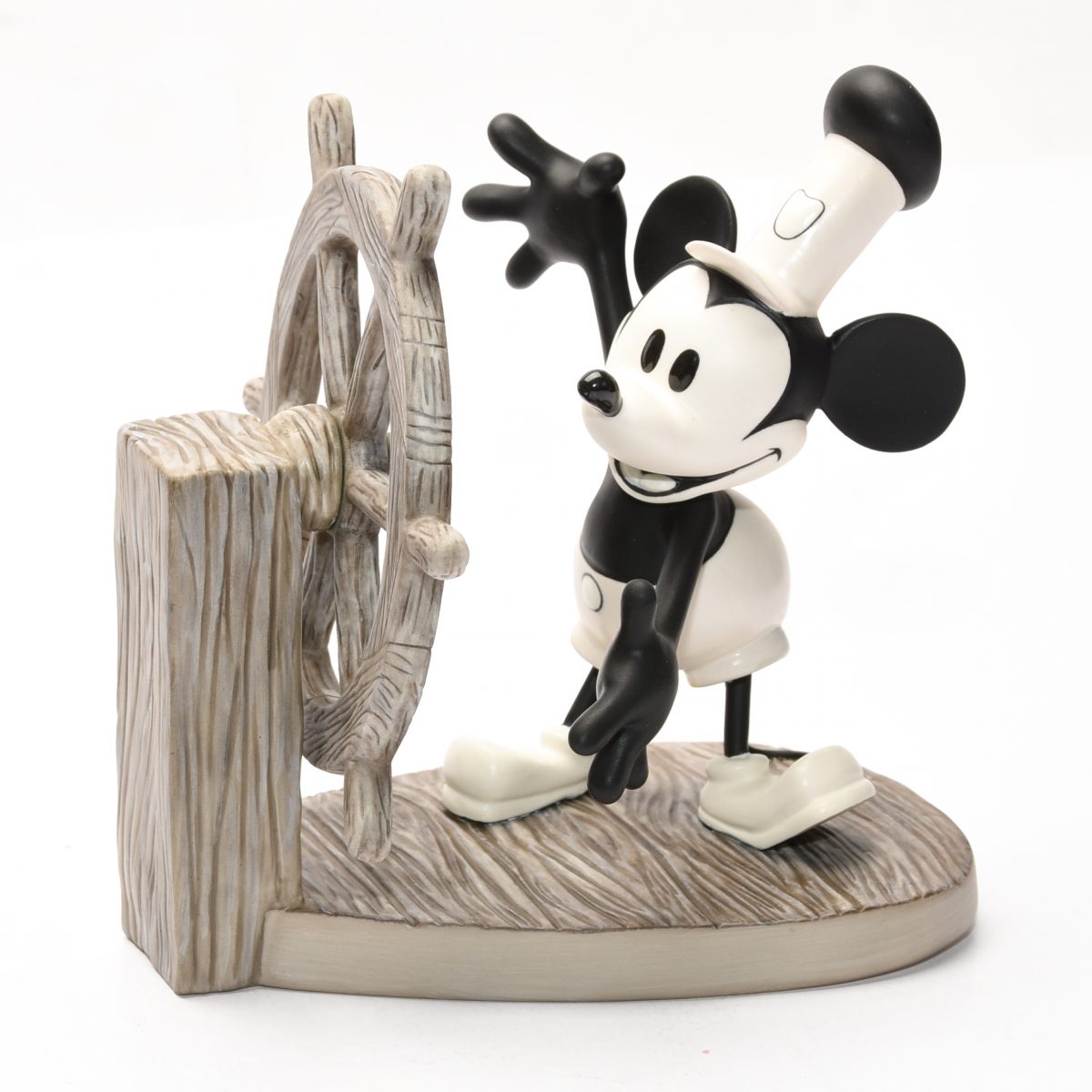 By the 1930s, Disney characters including Mickey and Minnie Mouse, Donald Duck, Clarabelle Cow, Goofy, and Pluto were being made into collectible dolls, puppets, and figurines; painted onto collectible lunch boxes, handkerchiefs, and backpacks; and turned into every kind of children’s toy imaginable.

Walt Disney was aware of the popularity of figurines based on his characters; his first contract was in 1930 with the George Borgfeldt company, which imported bisque figurines.

Marketing history was made in 1933, when Disney signed the Ingersoll-Waterbury Clock Company to make Mickey Mouse watches, which became fixtures on wrists around the world for two generations. 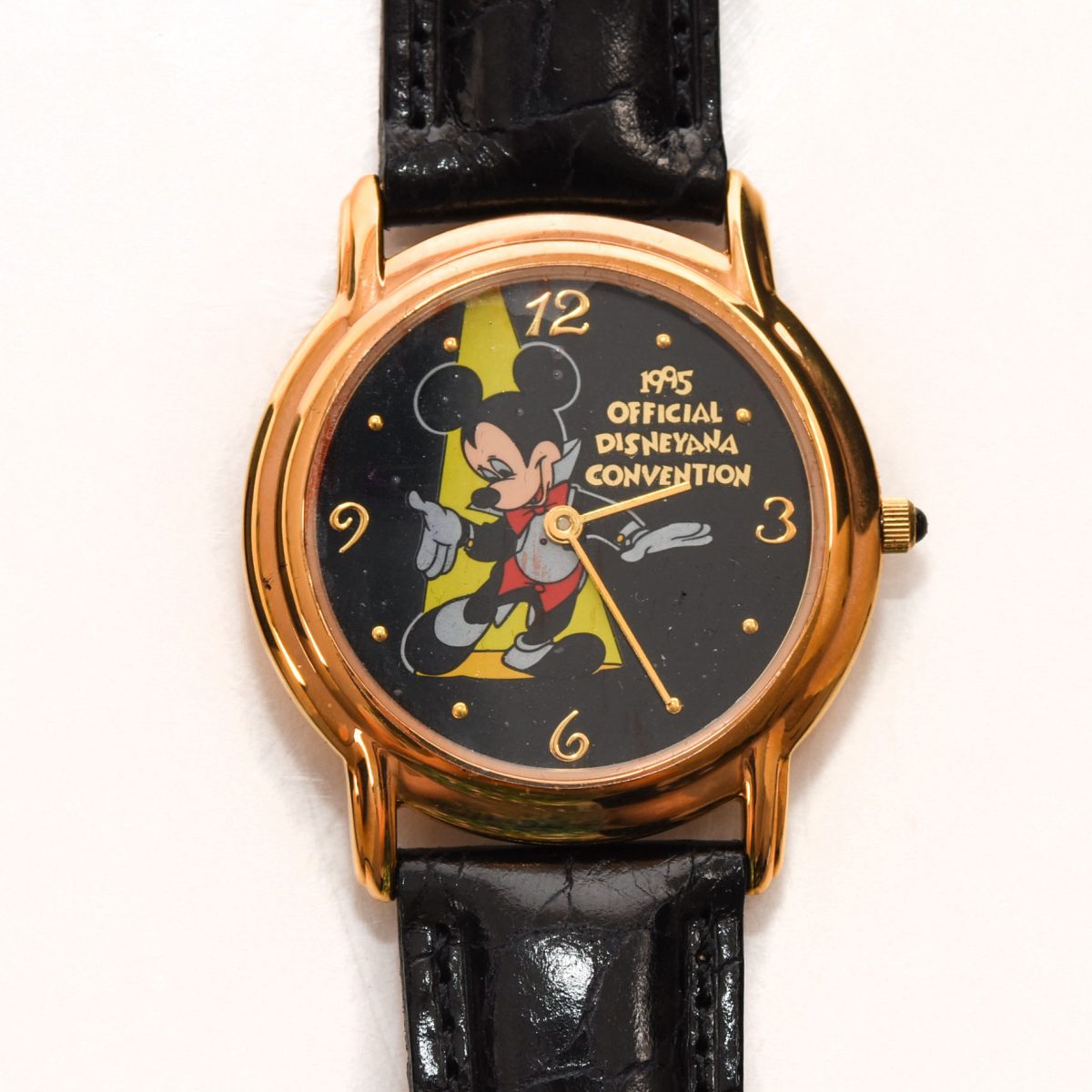 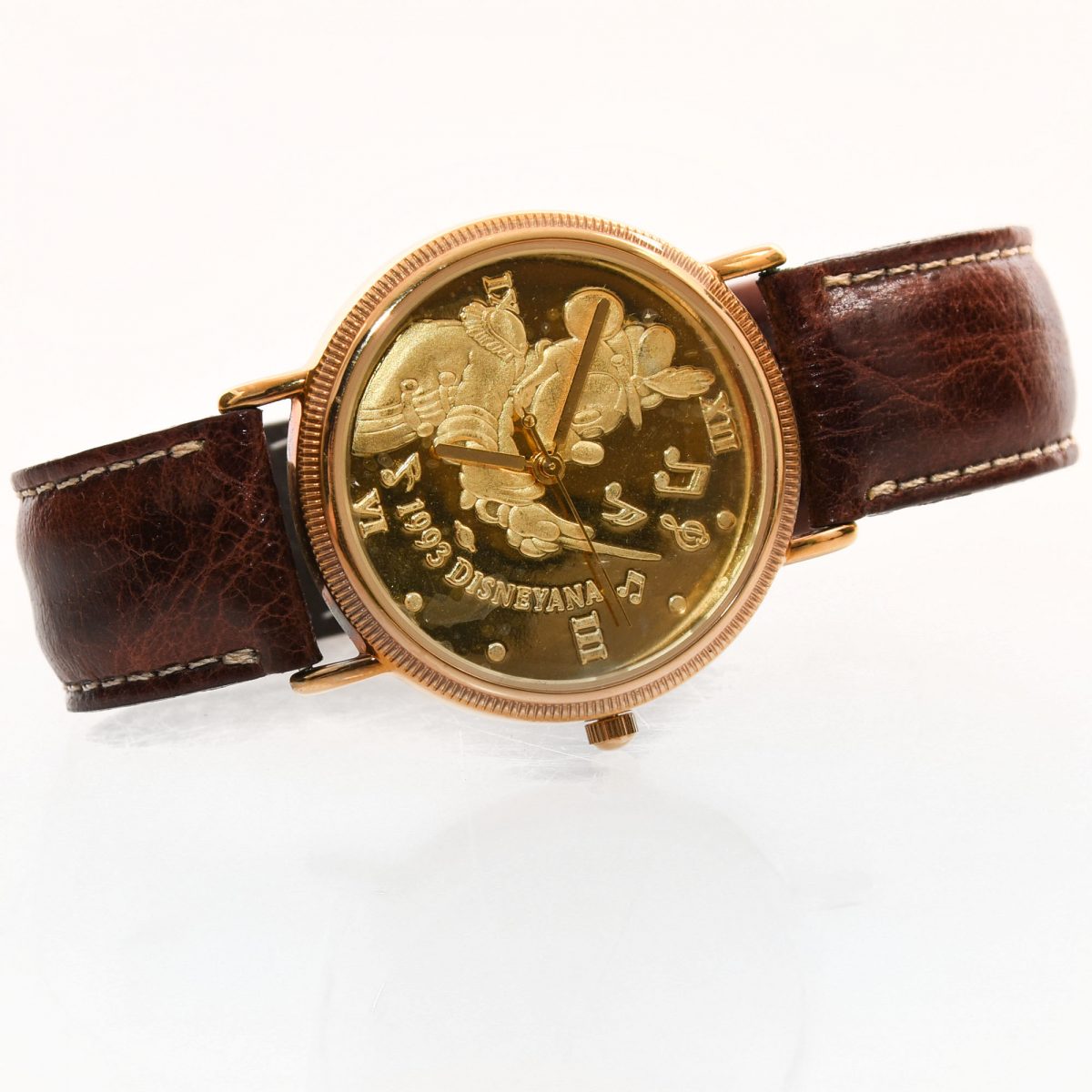 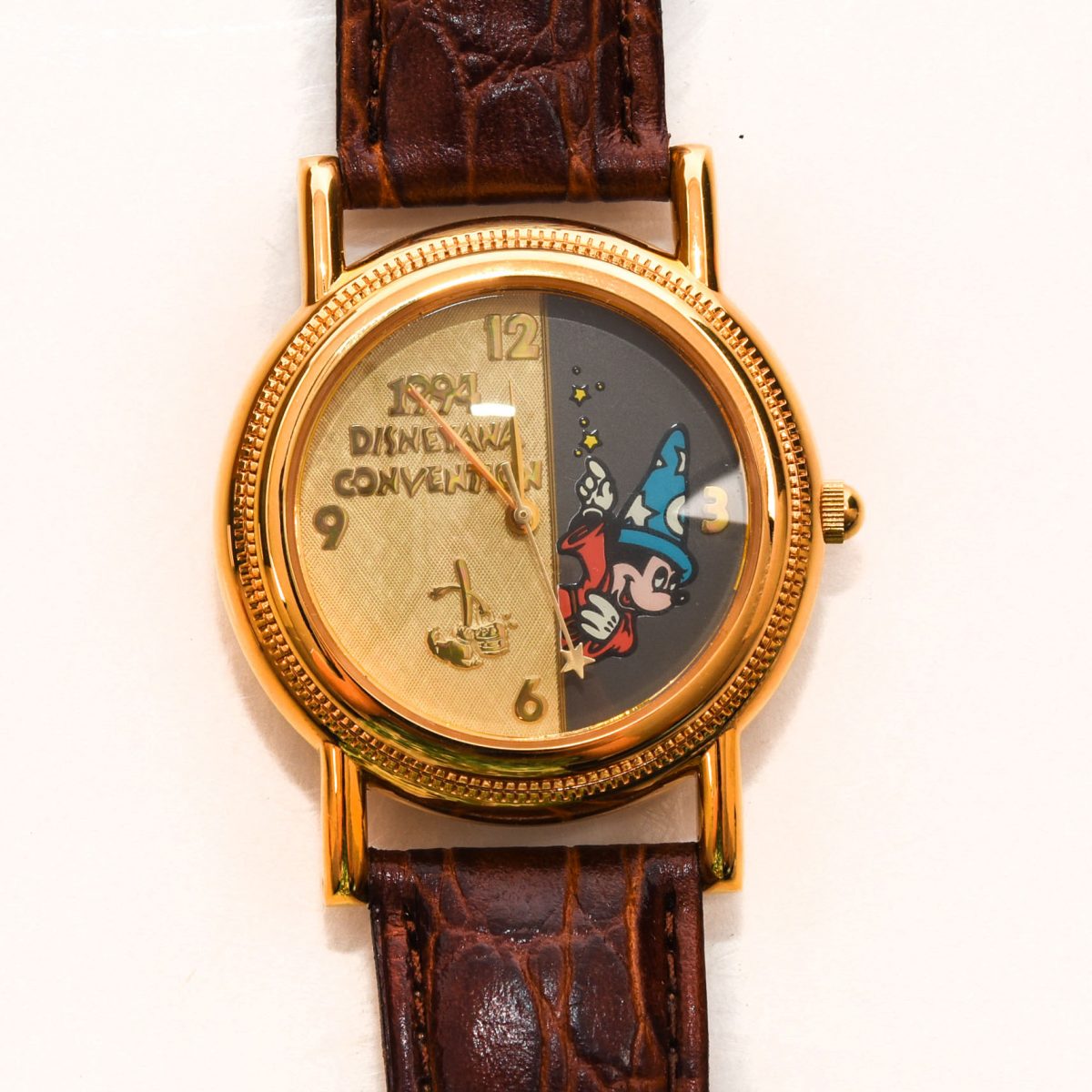 The market for Disneyana exploded after the 1937 release of Disney’s first full-length animated film, “Snow White and the Seven Dwarfs:” The Disney Princess and her friends appeared on every conceivable type of household item and decor.

This trend continued into the 1940s with the release of several successful Disney animated films, including “Pinocchio,” “Dumbo,” “Bambi,” “Fantasia,” and “The Three Caballeros.” With the start of World War II, the sailor-attired Donald Duck became Disney’s most visible character.

The 1955 television debut of the Mickey Mouse Club returned Disney’s mouse mascot to the international spotlight. That July, Disneyland opened in California, providing an abundance of inspiration for every imaginable collectible.

In the 1960’s in a reaction against mid-century traditionalism, a new generation adopted Mickey Mouse as a symbol of working-class values.

Sales of the iconic Mickey Mouse watch, and other Disneyana, new and vintage, soared during that decade. Interest in collecting Disney bloomed again in 1971 with the opening of Walt Disney World. 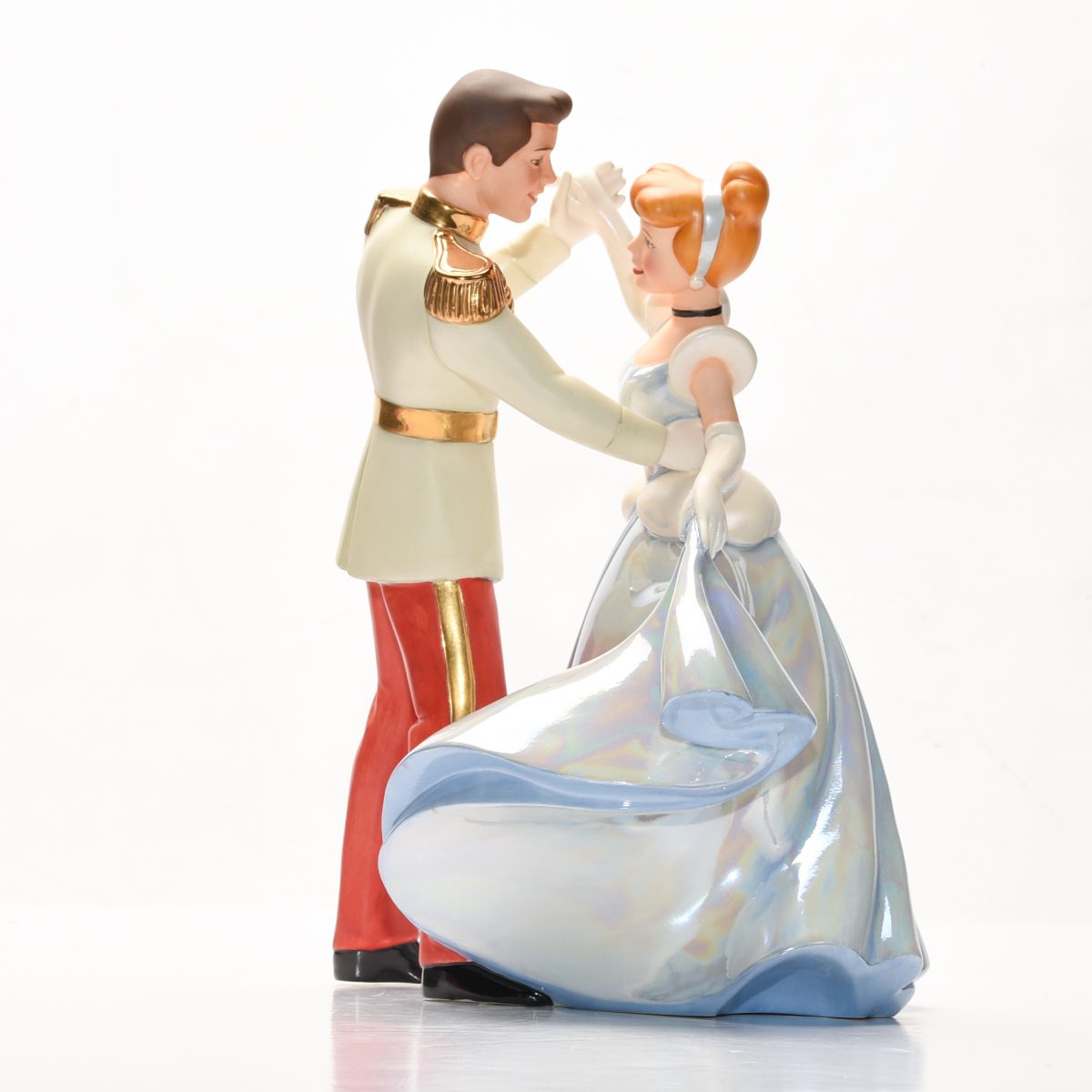 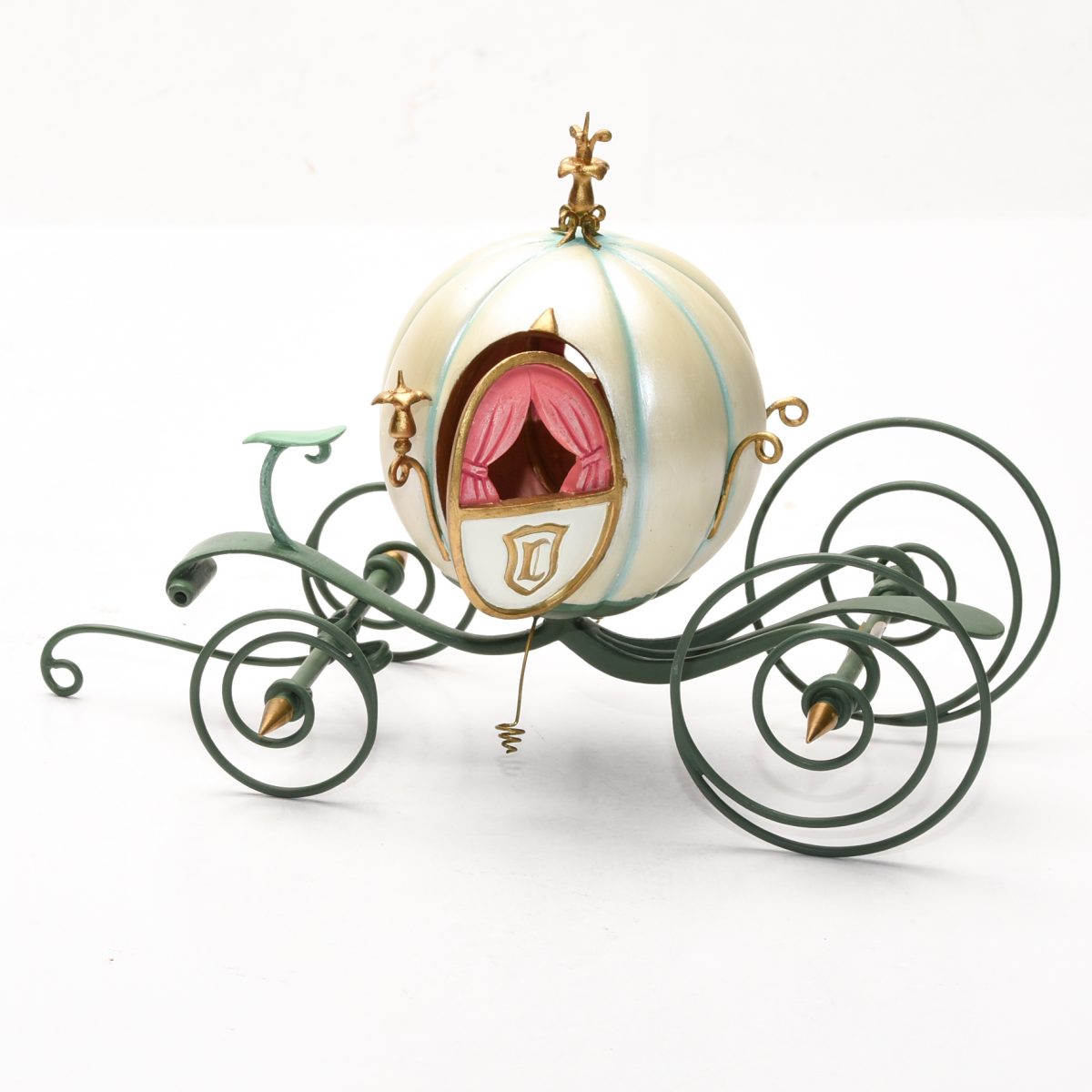 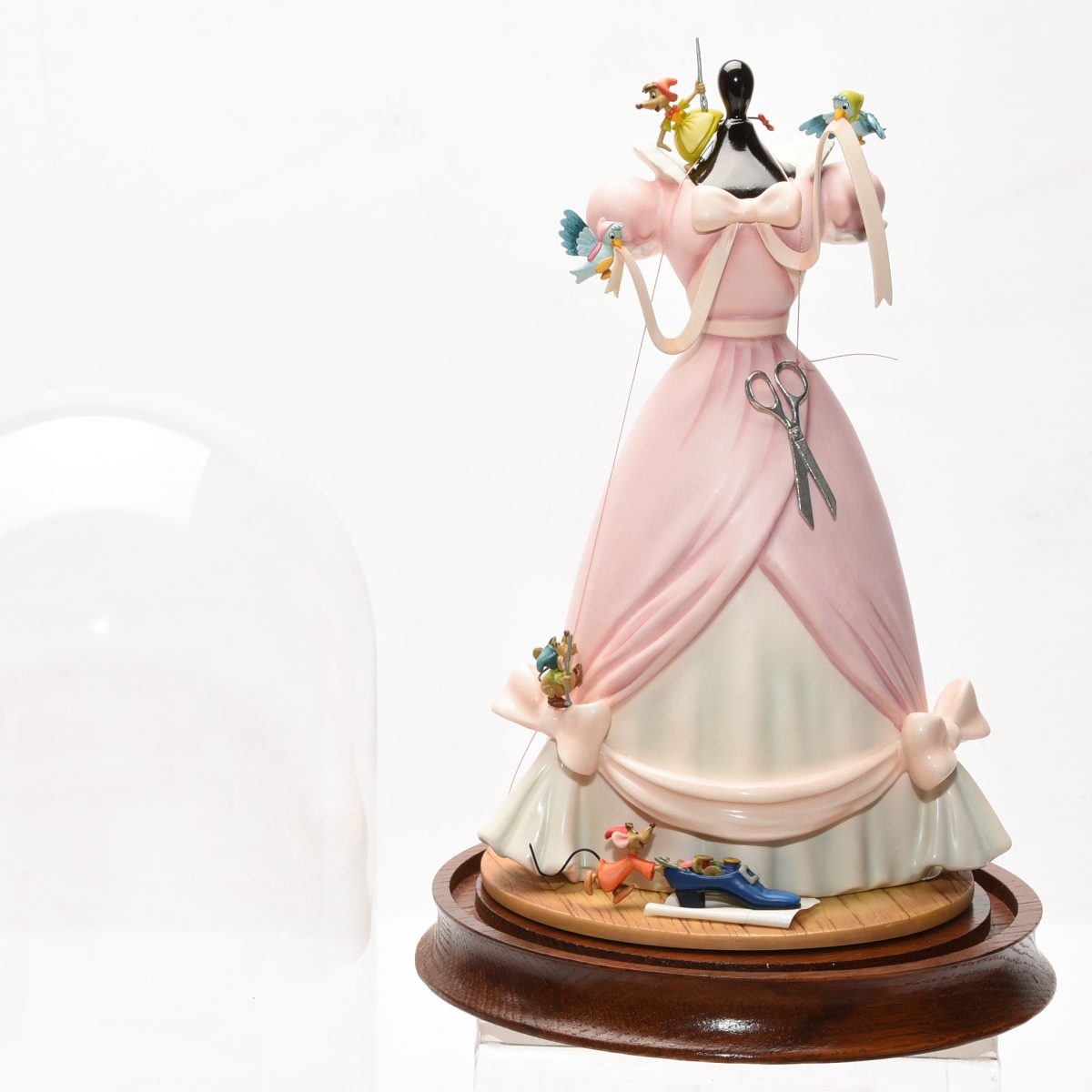 In 1992, the Walt Disney Classics Collection (WDCC) debuted its own line of porcelain figurines with three scenes: Bambi, Cinderella and Fantasia’s Sorcerer’s Apprentice.

Many figurines series followed. Some of these are limited, some retired.

Each sculpture is marked on the base signifying the year produced: These marks represent significant milestones in Disney history. The figurines with the 1992 year mark are typically most highly desired.

When the Walt Disney Classics Collection debuted in 1992, its goal was to release only sculptures from those films with which Walt Disney had been personally involved. In fact, the 2012 figurines annual mark is the palm frond, chosen in honor of the 1967 animated classic “The Jungle Book,” the last film released that had Walt’s personal participation.

Disney Conventions, Disneyana Auctions and auction houses enthusiastically supported and participated in Collector’s Club Conventions, and many pieces were made exclusively for them.

Whitley’s Auctioneers is proud to auction many rare and unusual Disneyana figurines and other collectibles—including the extremely hard to find Beauty and the Beast Enchanted Rose, produced in a Limited Edition of only five by Connoisseur of Malvern.

Our Disneyana enthusiasts at the auction house are happy to help you evaluate your collection, and sell it at auction.

For more information, email us at sell@whitleysauctioneers.com or call us at 954.866.8044 for additional information on upcoming auction lots, or consigning at auction.