The venerable Royal Worcester pottery was established in 1751 and is believed to the oldest or second oldest English porcelain brand still in existence.

Royal Worcester remains in the luxury tableware and giftware market, although the production of porcelain in Worcester itself has ended.

Royal Worcester (officially, the Worcester Royal Porcelain Co. Ltd.) was formed in 1862 (although the company had a royal warrant dating from 1788.) 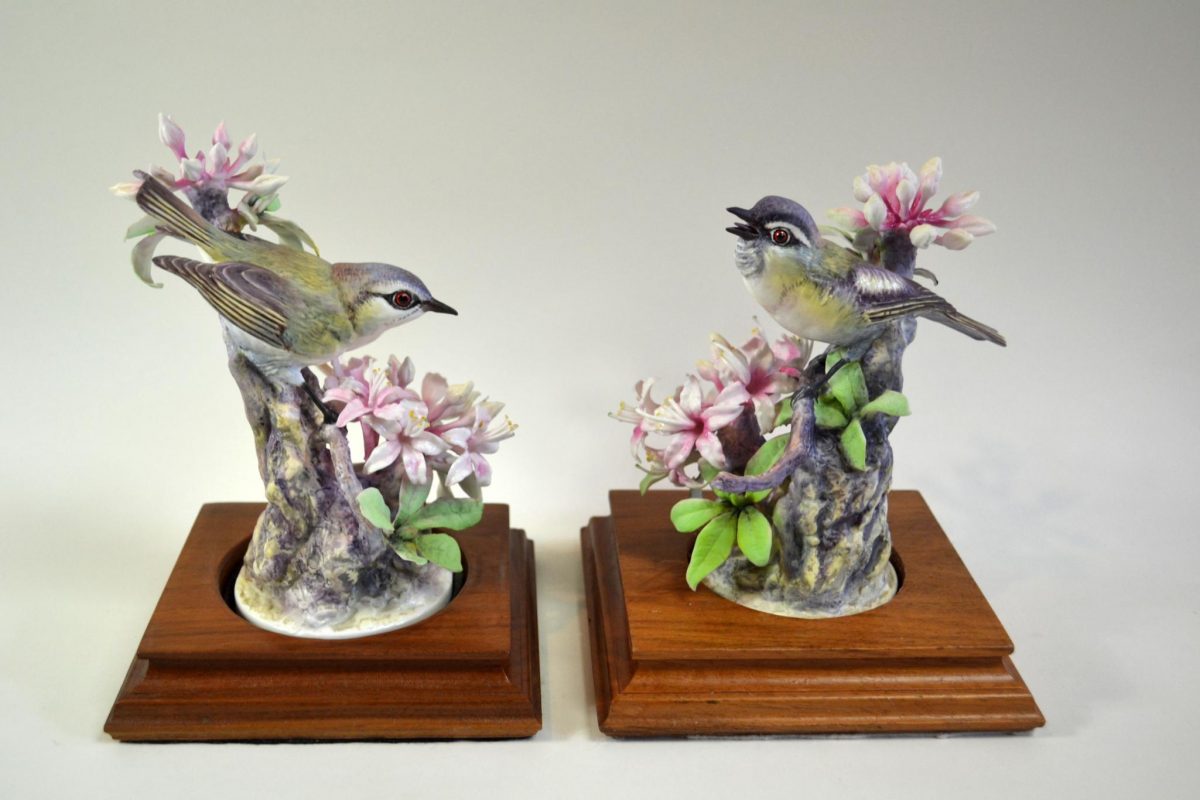 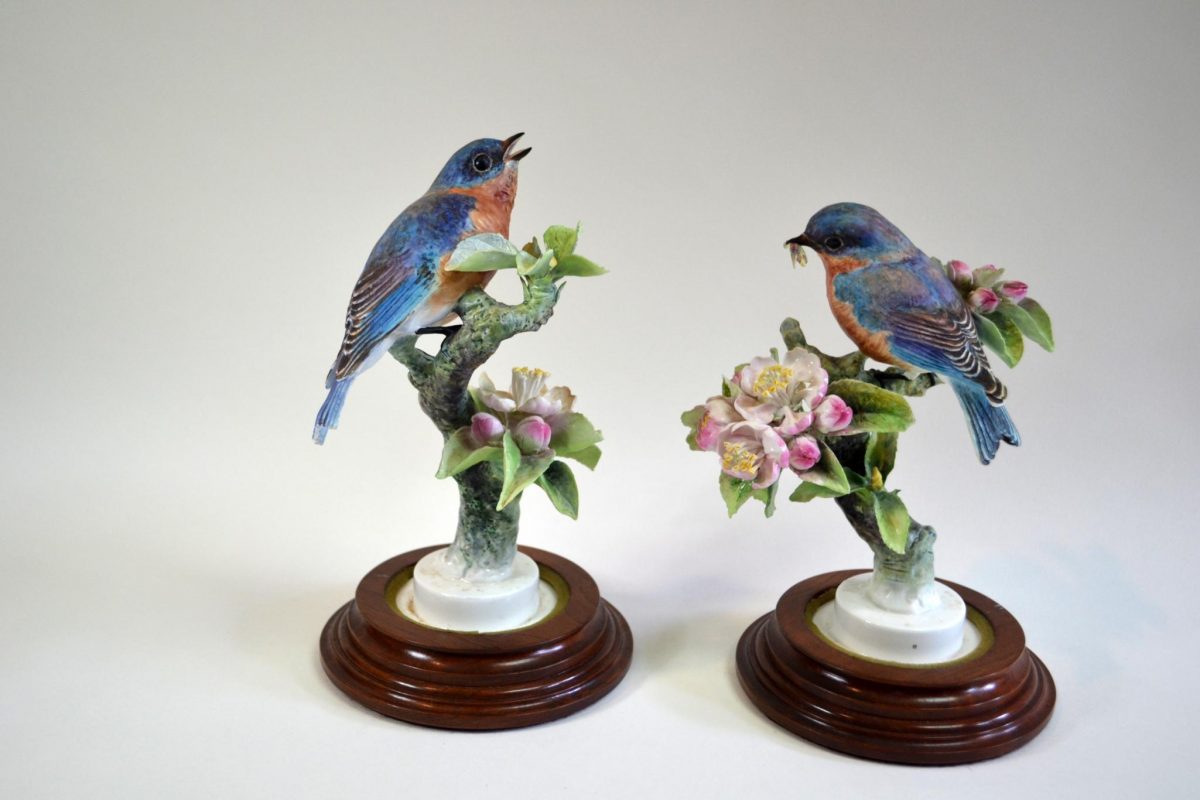 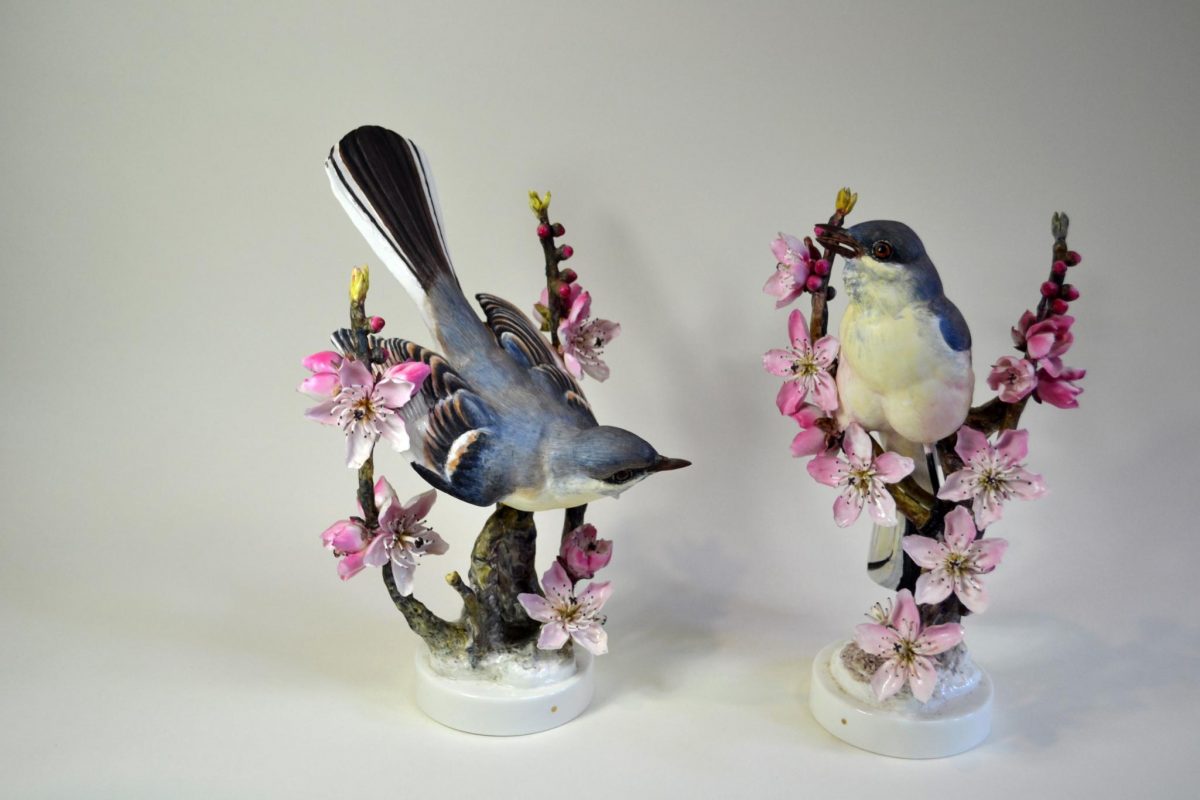 Throughout its rich history, Royal Worcester became synonymous with the production of high end porcelain pieces, including the realistic depiction of birds and flowers in fine art porcelain, motifs that began in the early 1930s with the work of artist Dorothy Doughty.

Doughty was born in San Remo, Italy in 1892, the daughter of Charles Montagu Doughty (1843–1926), the English poet, writer, explorer, and adventurer. A student at Eastbourne School of Art, Dorothy became a keen naturalist and ornithologist.

The concept of Limited Edition studies had recently been introduced at the Worcester studio, and the Doughty bird series would be introduced in that format.

The first in the new American Birds Series, the male and female Redstarts and Hemlock pair, was produced in 1935. The Hemlock Birds have sold at auction upwards of $7,000.

The popular series expanded to 36 pairs and three individual-bird studies. 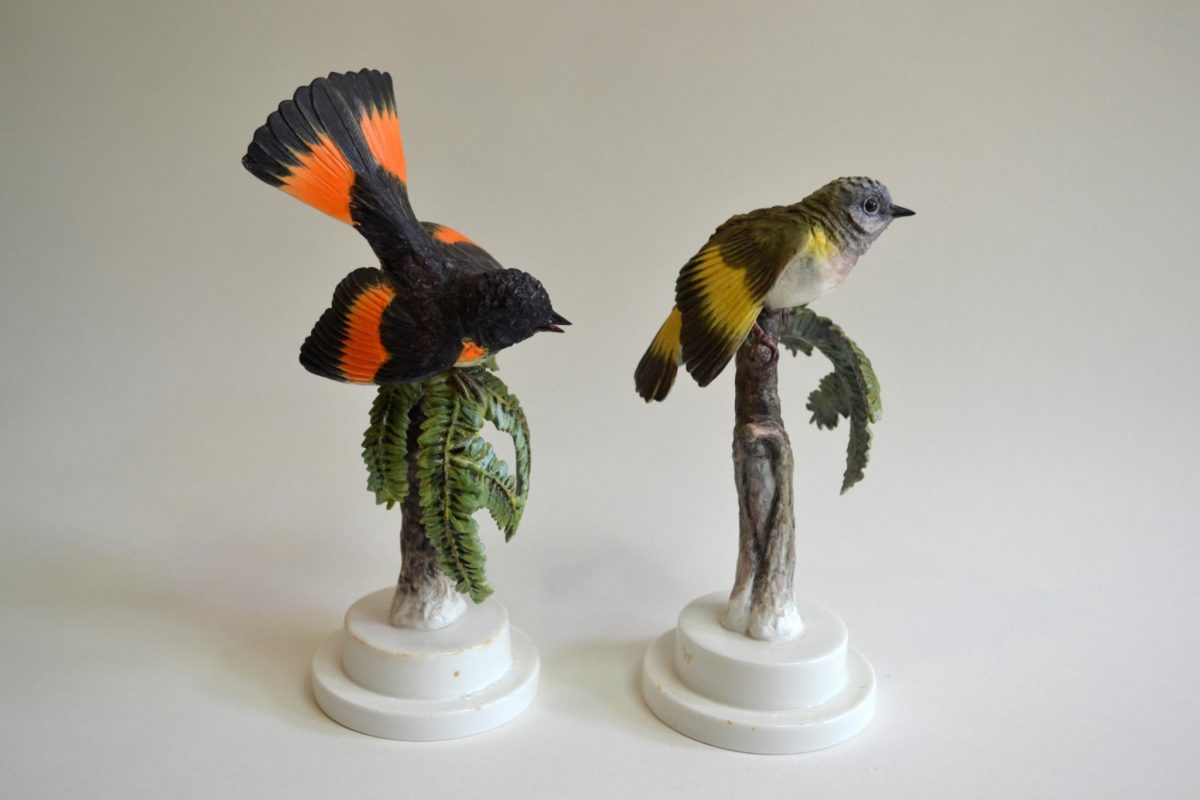 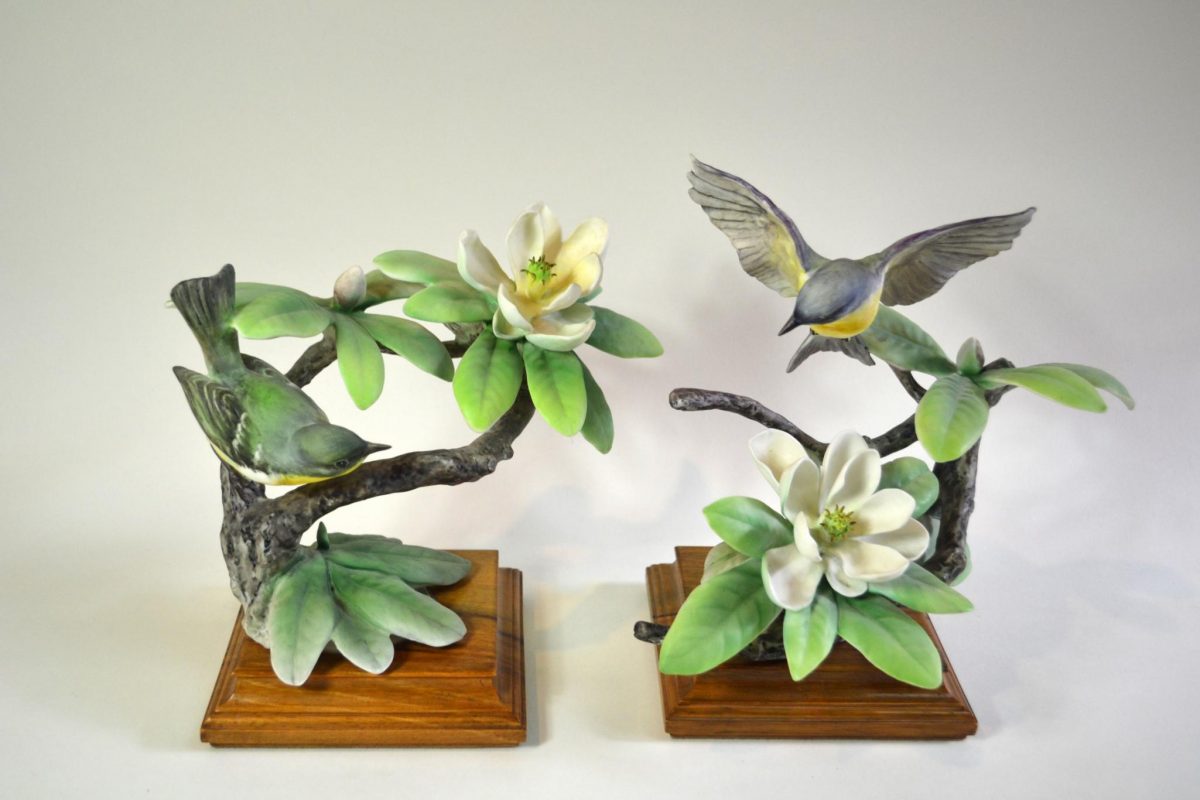 In the 1930s, porcelain models of this complexity had never before been produced. Innovations and new methods in mold-making, casting, and decorating were also introduced, which allowed for more authentic reproductions of the birds. Meanwhile, special matte colors were developed to give them a lifelike appearance, making them stand out to auction fans around the world.

Later in life, in 1953 and again in 1956, Dorothy made two visits to America, to study birds in their natural habitat and to capture their character in models made from paper, wire and twigs.

In 1957, Her Majesty Queen Elizabeth II presented a pair of Doughty Parula Warblers to President Dwight D. Eisenhower, a great honor for the artist.

The history of these remarkable pieces of decorative arts history can be found in George Savage’s 1962 work, The American Birds of Dorothy Doughty, published by Royal Worcester in a limited edition of 1,500 copies. Her birds have graced sales at auction at auction houses like Bonhams, Christies, and Hindman.

Whitley’s Auctioneers is honored to offer this rare and complete series of rare and collectible Royal Worcester Birds of Dorothy Doughty during our September 21, 2019 Auction.