Upon first joining the Lambeth Pottery in 1866 until his death in 1913, George Tinworth was Doulton’s premier artist, visited and admired by the leading figures of the day, including British Royalty. Tinworth is best known today for his whimsical small-scale models of mice and frogs. However, during his lifetime he was better known for his religious sculptures and relief panels, often monumental in scale.

The son of a wheelwright, he was educated at home by his deeply religious mother. She instructed him in the scriptures, giving him biblical knowledge that would later provide him with inspiration for his terra cotta and statuary work.

In 1866, John Sparkes persuaded Henry Doulton to admit Tinworth, a particularly talented young student from the Lambeth School of Art, to work in his pottery. In the beginning, Tinworth designed water filter cases and modeled a number of large terra cotta medallions in a Neo-Classical style. These medallions impressed art critic, John Ruskin, who was instrumental in bringing Tinworth to the attention of the art world. Tinworth soon began decorating stoneware vases and jugs thrown by the factory’s potters.

He later developed both a series of sculptural reliefs and decorated vases in salt-glazed stoneware. Using a piece of pointed boxwood, Tinworth etched his designs into pieces still in a soft state. Seaweed vines, scrolls, and leafy forms with beaded runners became his characteristic trademark. His early creations were first exhibited at the 1867 Paris Exhibition where critics praised the innovative developments in English art ceramics. A later exhibition in London proved so popular that the future of Doulton’s decorative pottery was assured and the Art Pottery Studio was expanded.

Tinworth concentrated on designing large-scale sculptures and relief panels. The quality modeling and emotional intensity Tinworth invested in his work earned him the title “Rembrandt in Terra Cotta.” The Doulton Studio received numerous commissions for Tinworth’s religious works, including a crucifixion for the main alter of York Minster, which can still be viewed today. 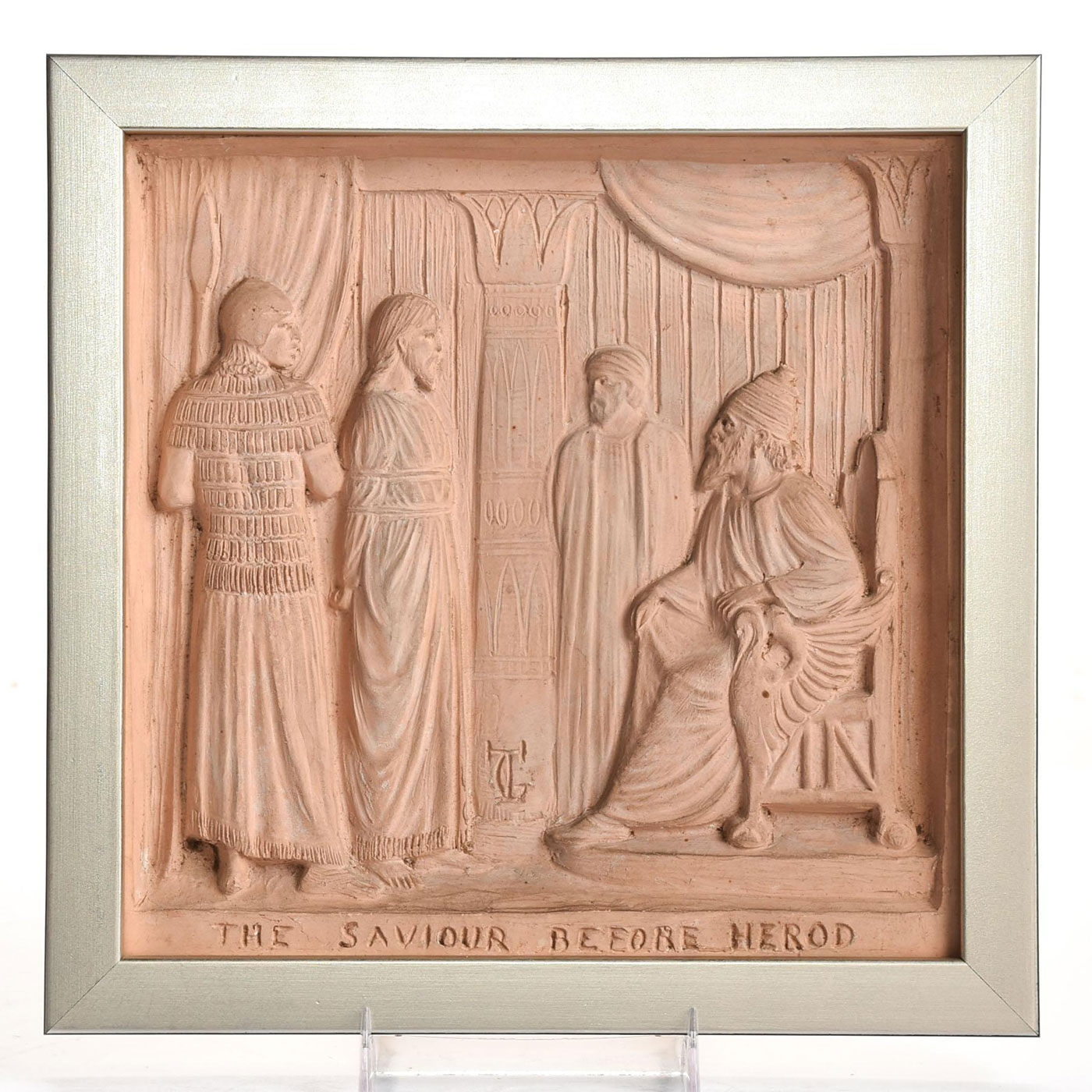 Lion and Unicorn in South Florida are a premier auction house that often offer an extensive collection of George Tinworth at Auction.
Click here to learn more.  >>