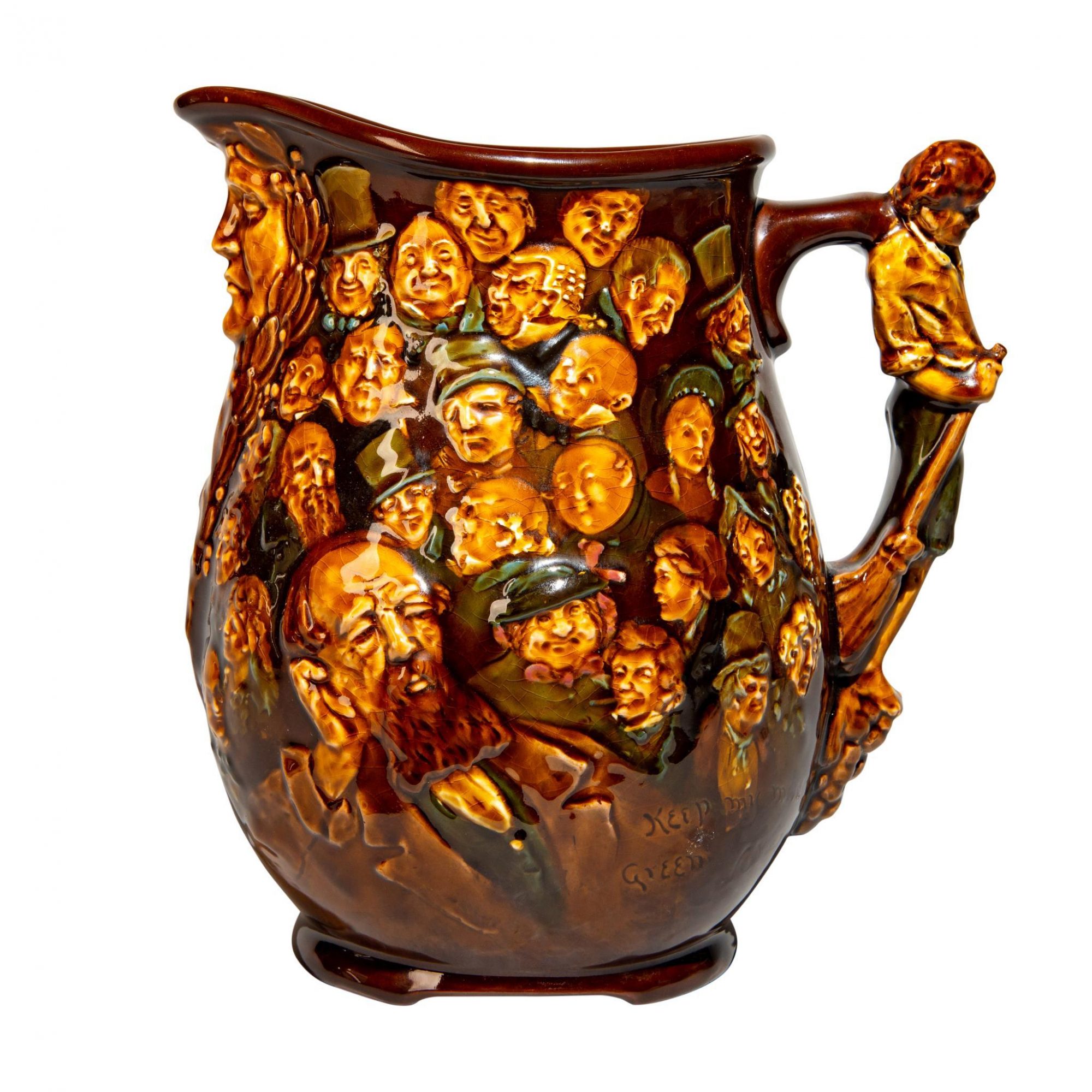 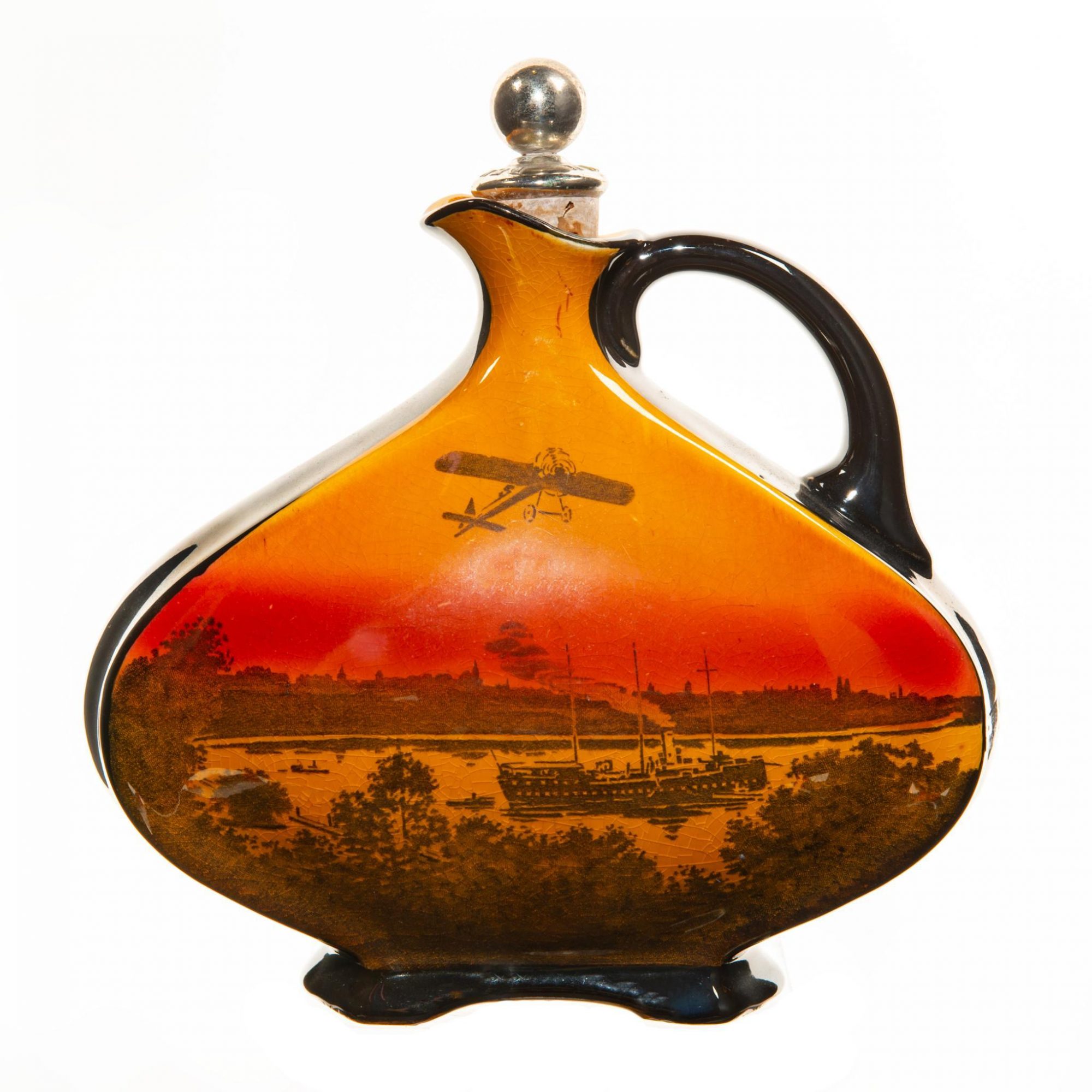 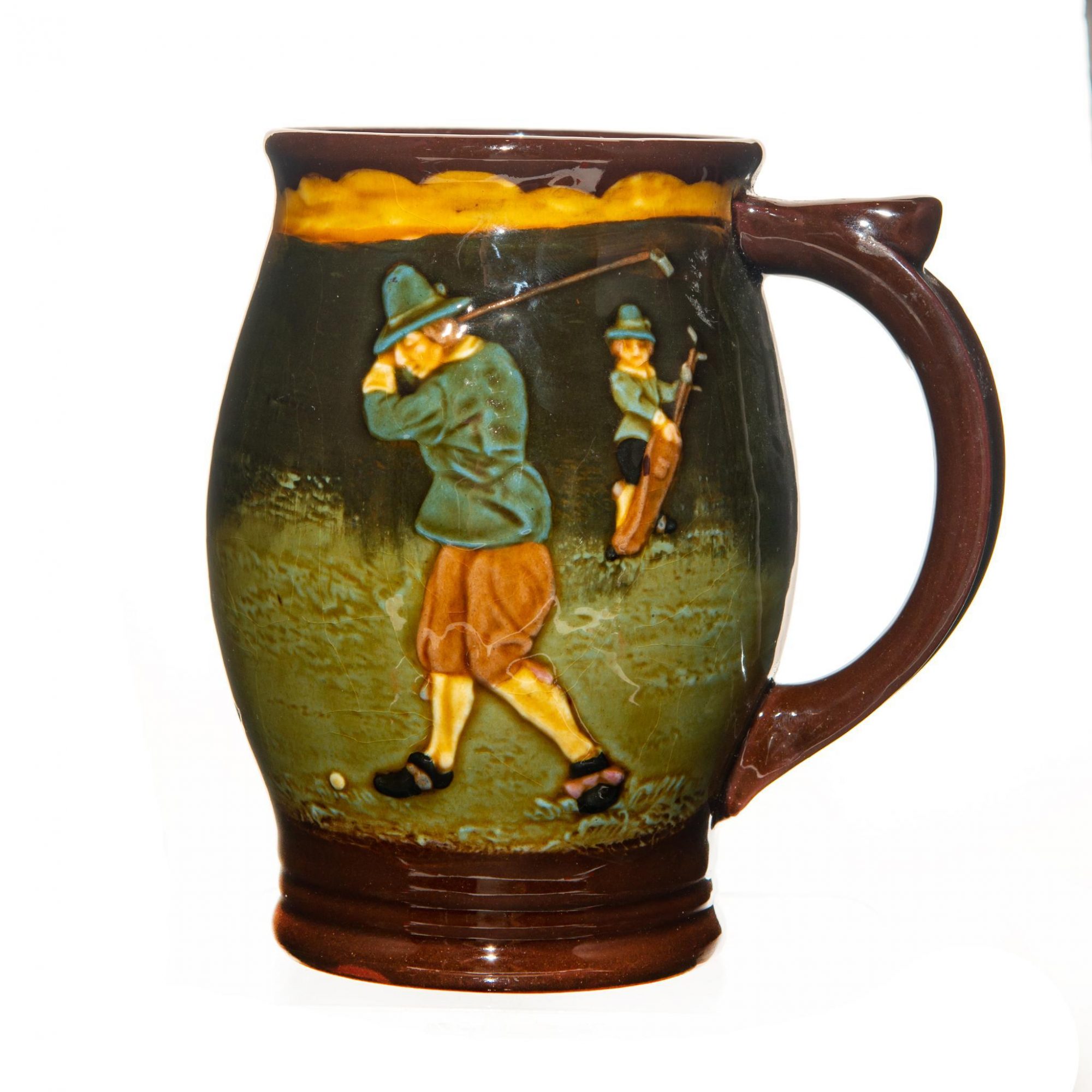 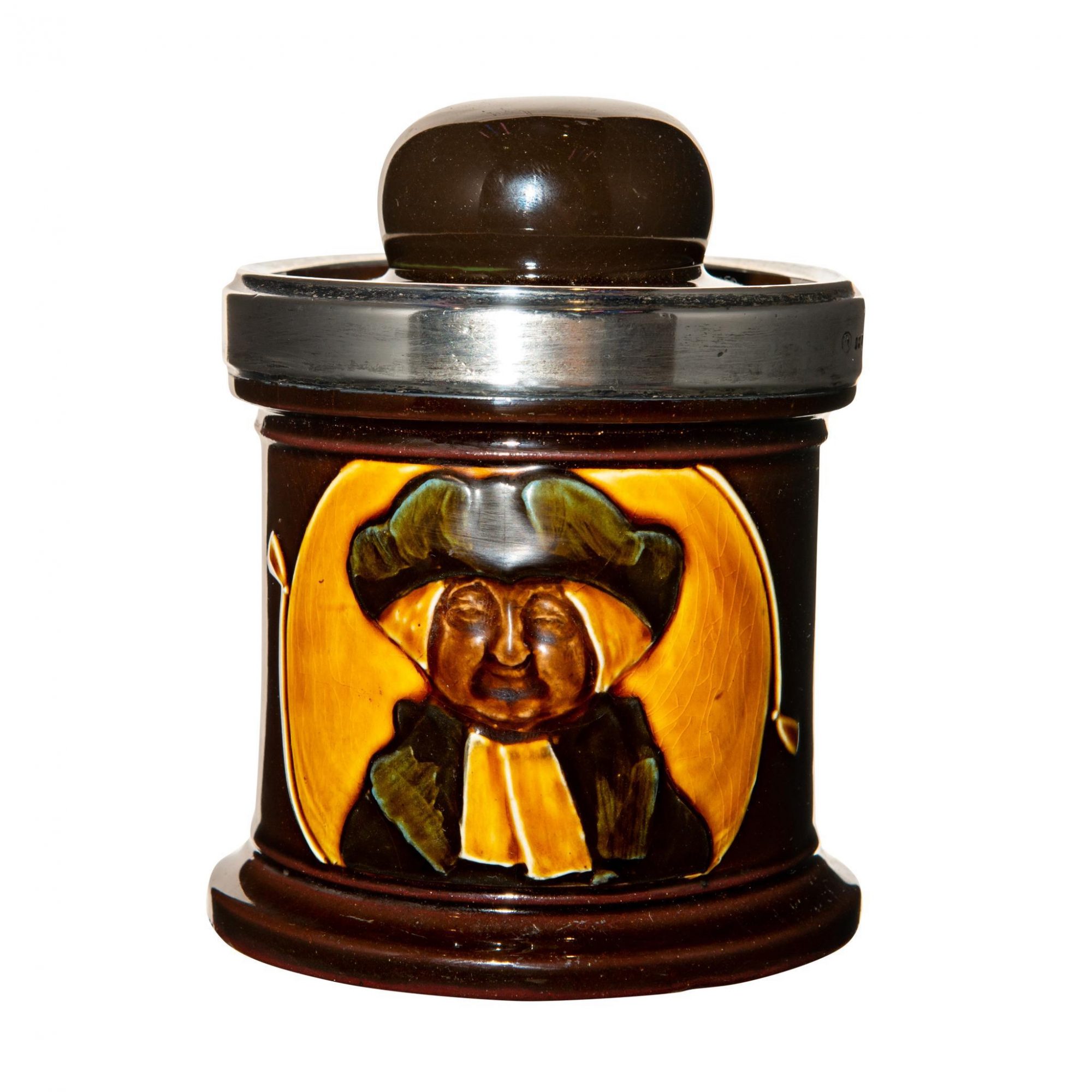 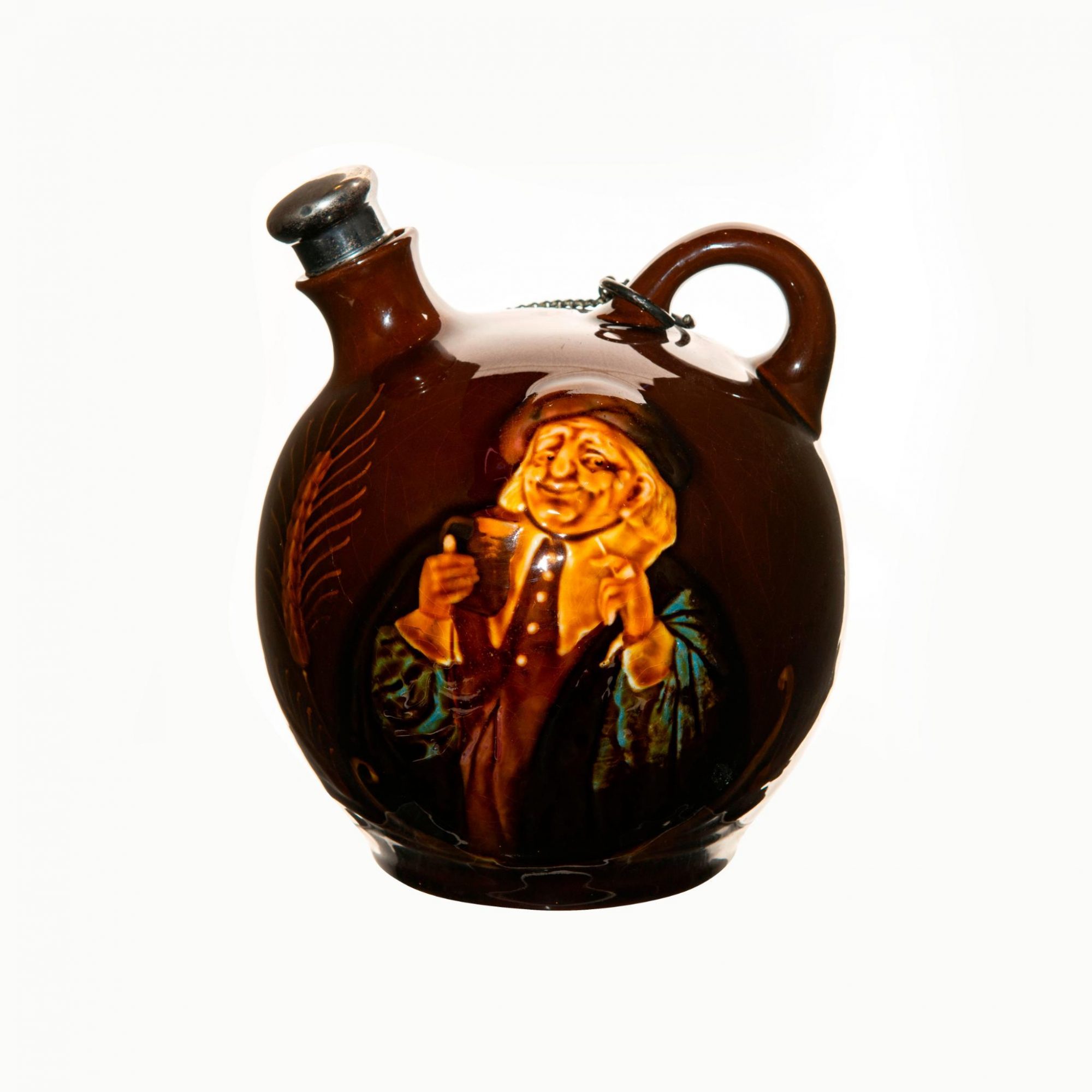 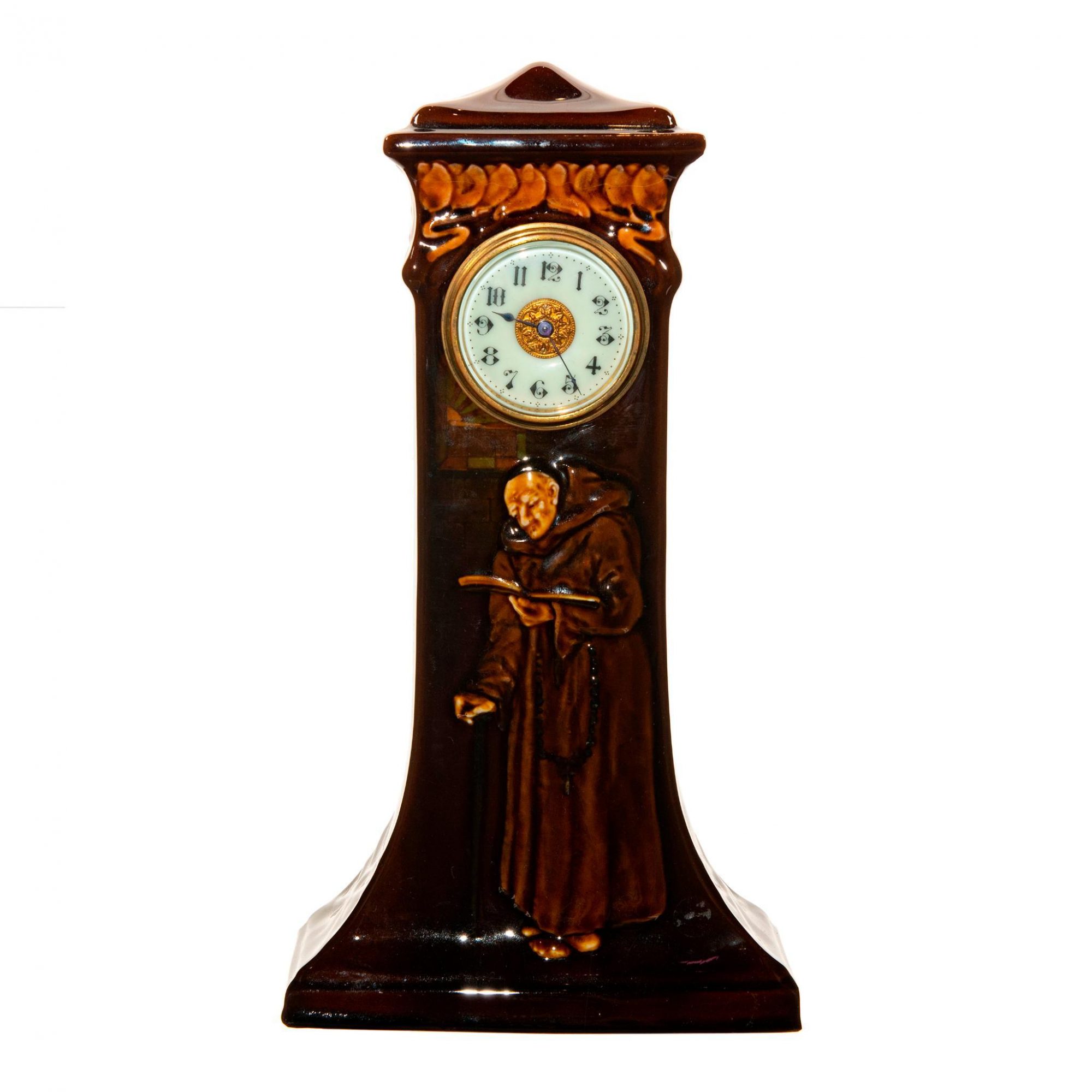 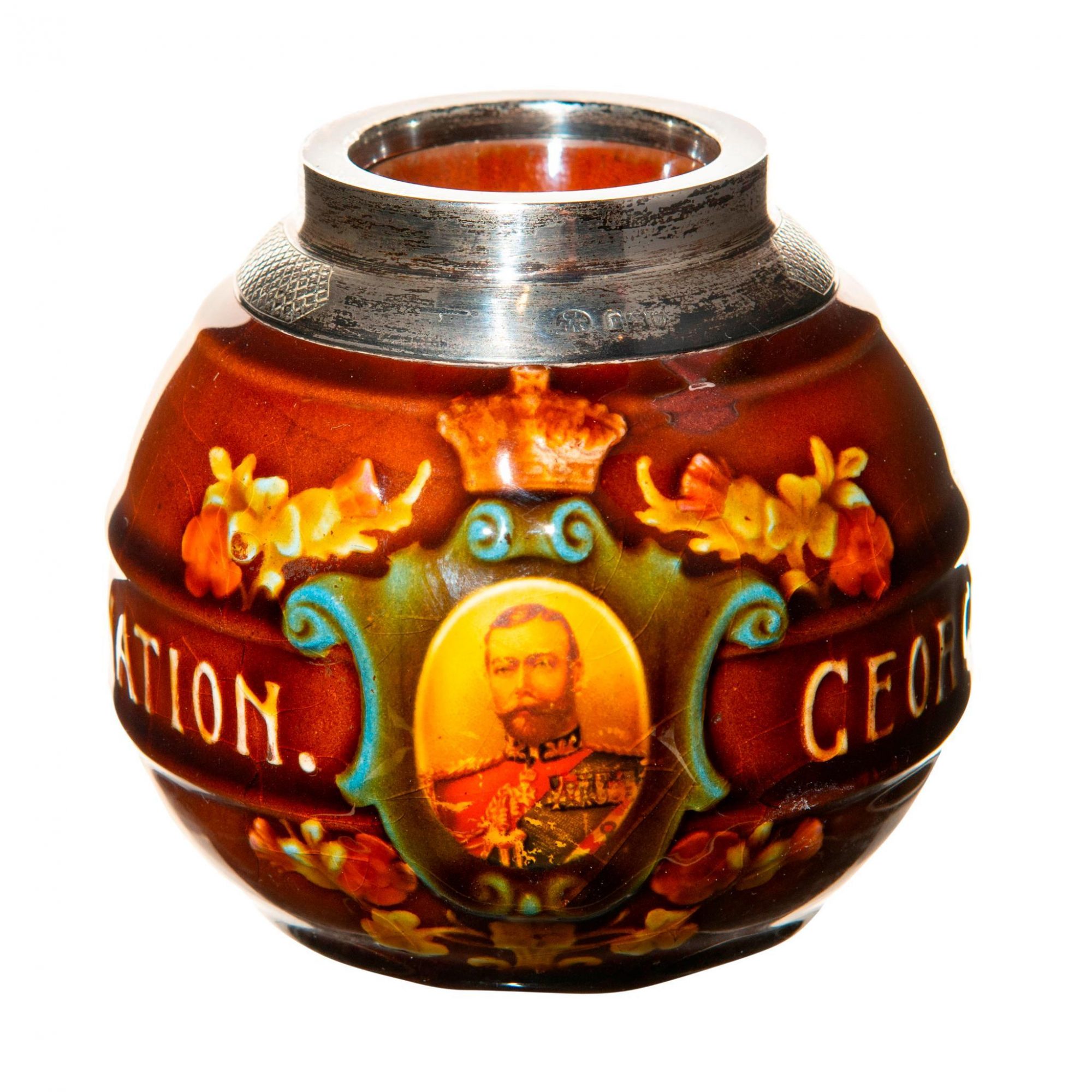 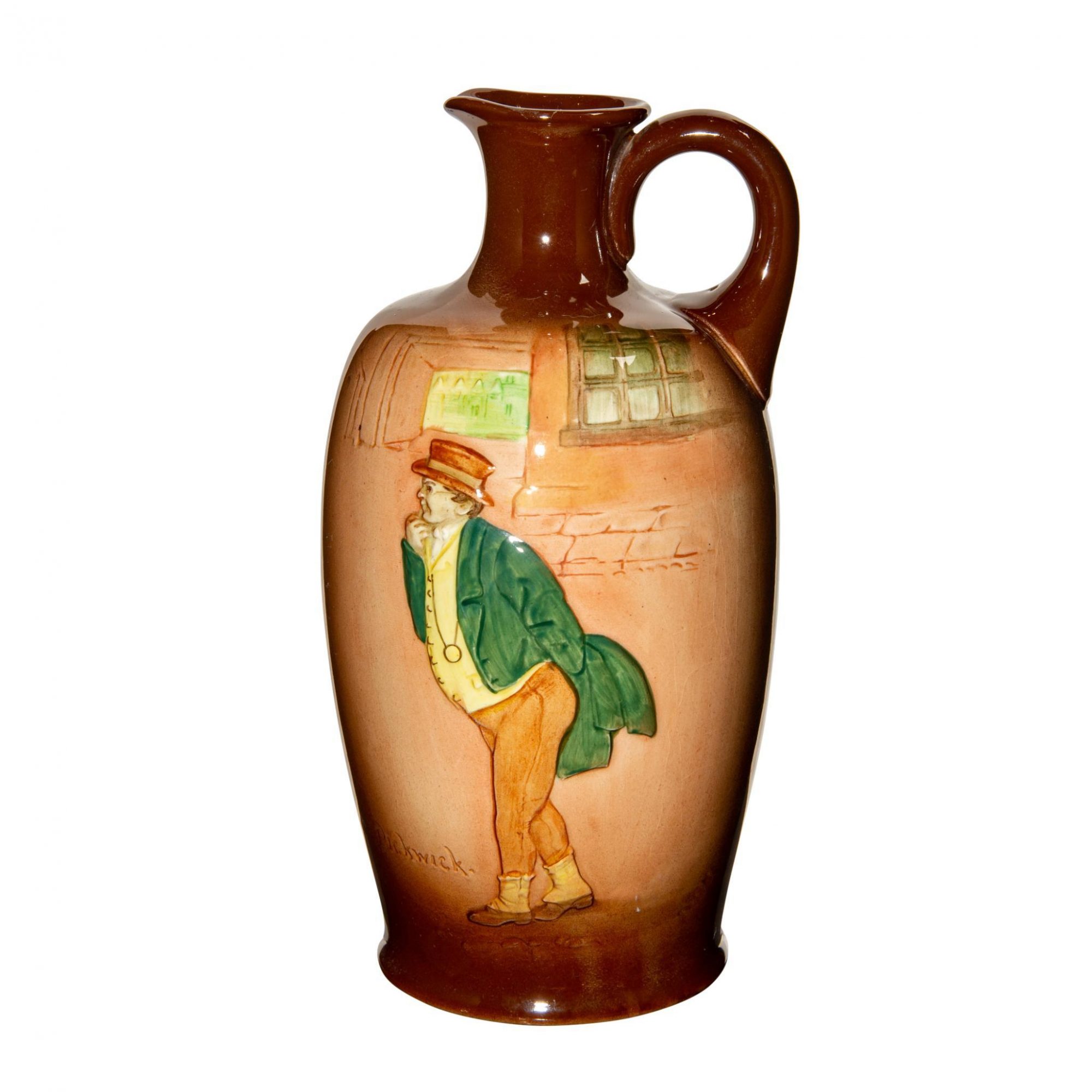 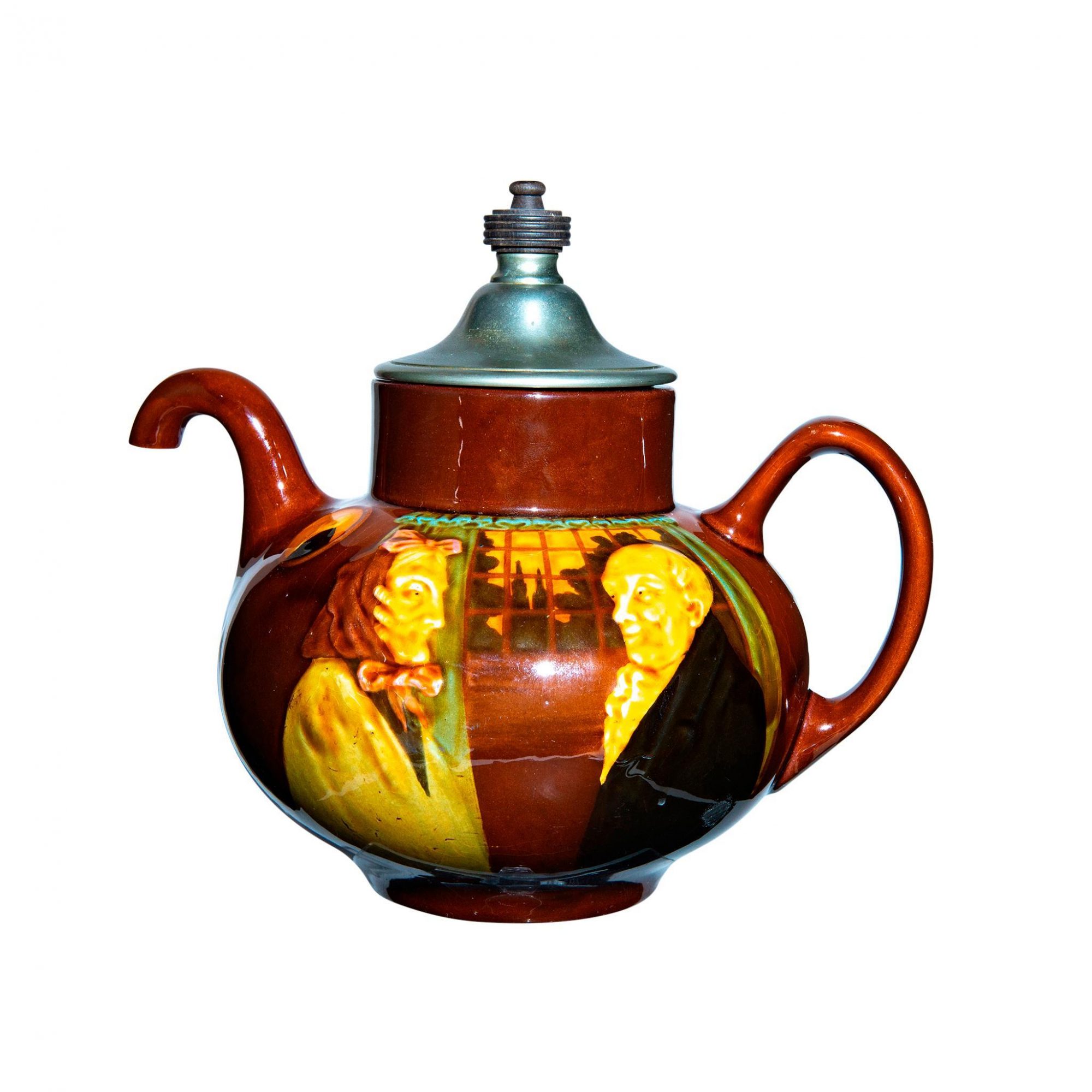 One of the most collectible Doulton wares today is Kingsware. Produced between 1898 and 1939, Kingsware was again the brain child of Charles Noke, and totally unique to Doulton and a technique that no other factory has managed to replicate ever since. The unique effect was achieved by painting the design in coloured slips on the inside of the plaster mould, before adding the dark brown slip that would form the body of the piece.

The main area of collecting remains whisky flasks made for a variety of distillers – the most popular of which are the many created especially for Dewars. Occasionally decanters were retailed with silver mounts and stoppers when produced for high-end gentlemen’s retailers. Such exclusive pieces were sold for a limited time at Christmas with a different title each year. As was typical with Doulton, full records of the many wares they produced are sketchy and even those with access to them rarely understood in detail their contents. Until books on the subject were collated there were many anomalies of stoneware and Kingsware flasks that were not distinguished. 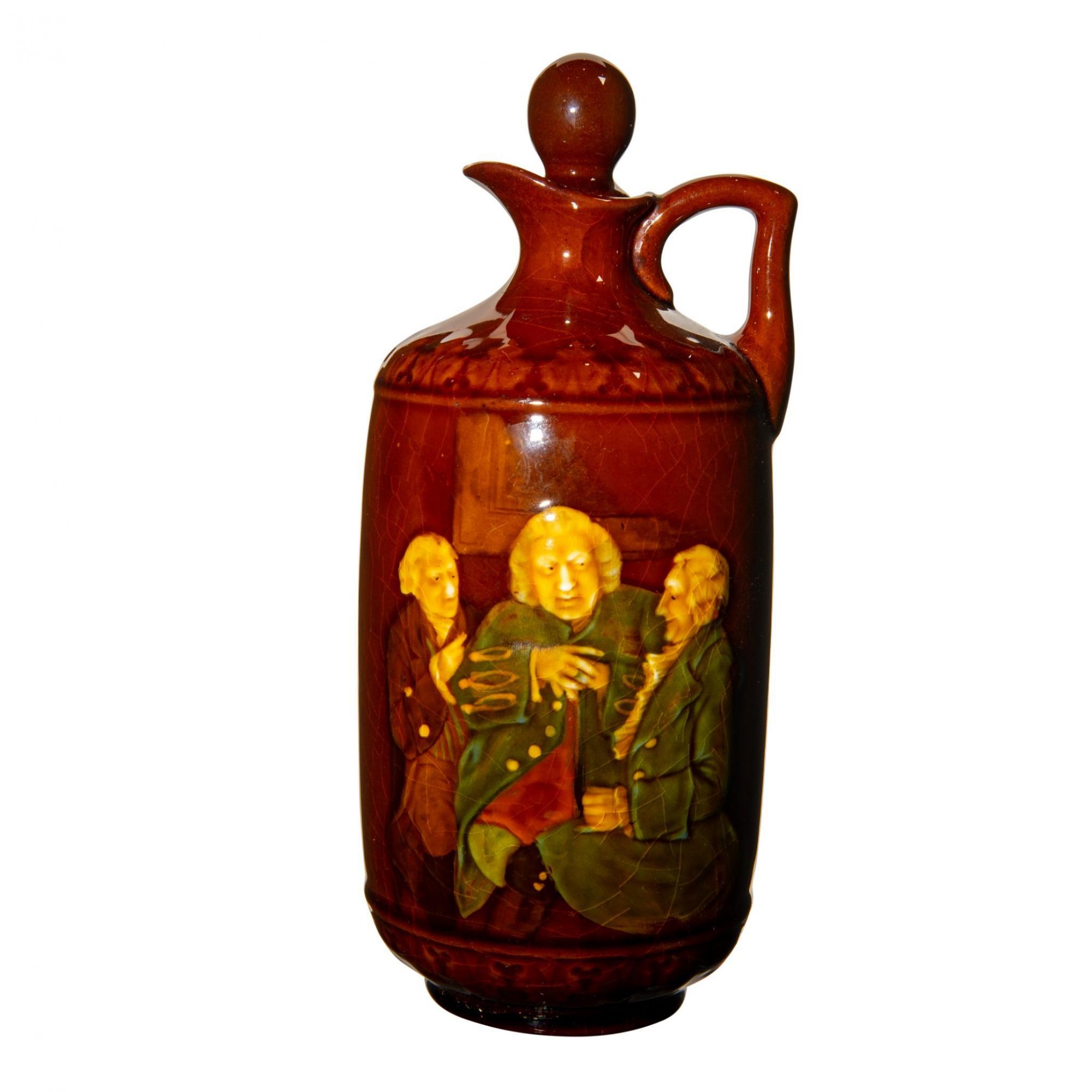 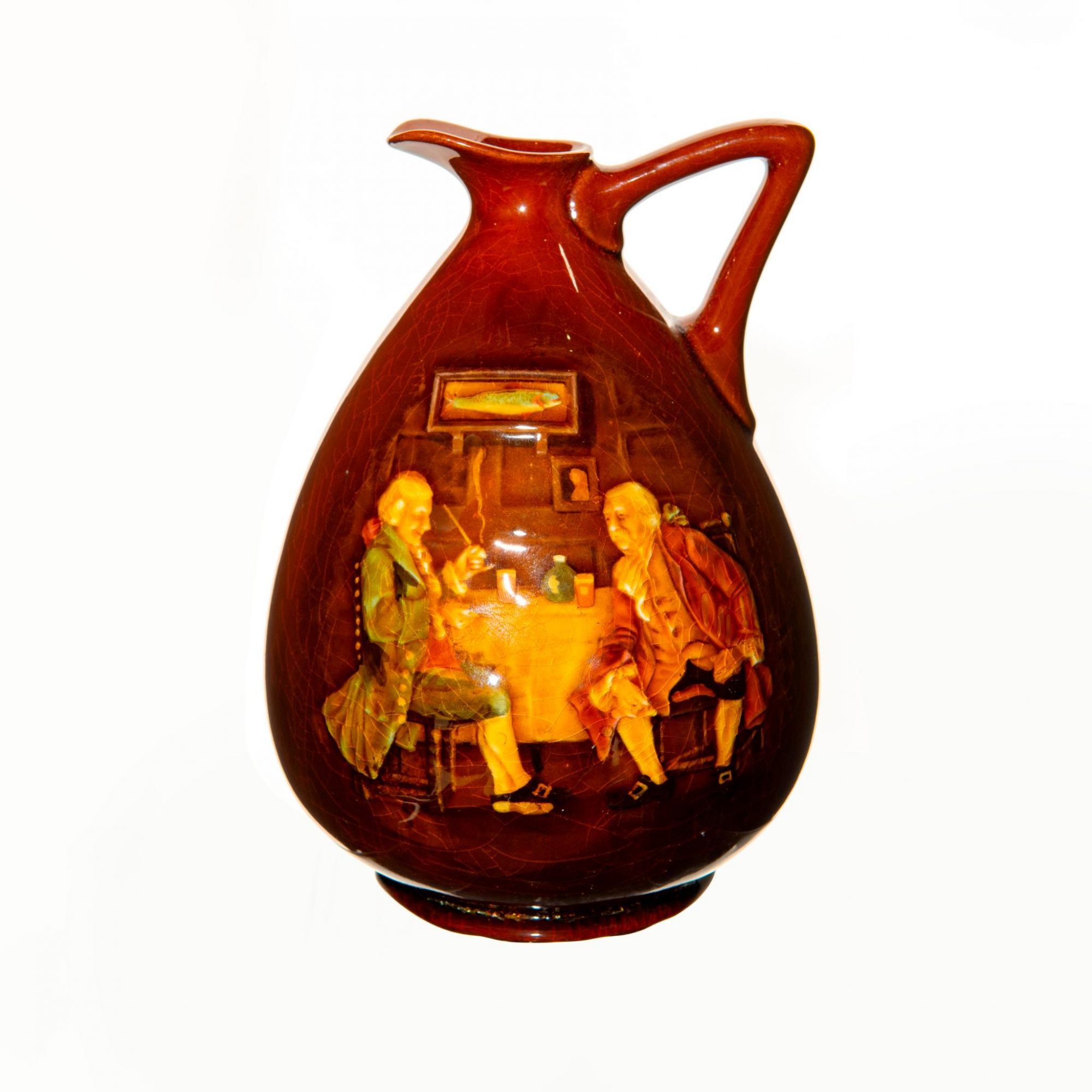 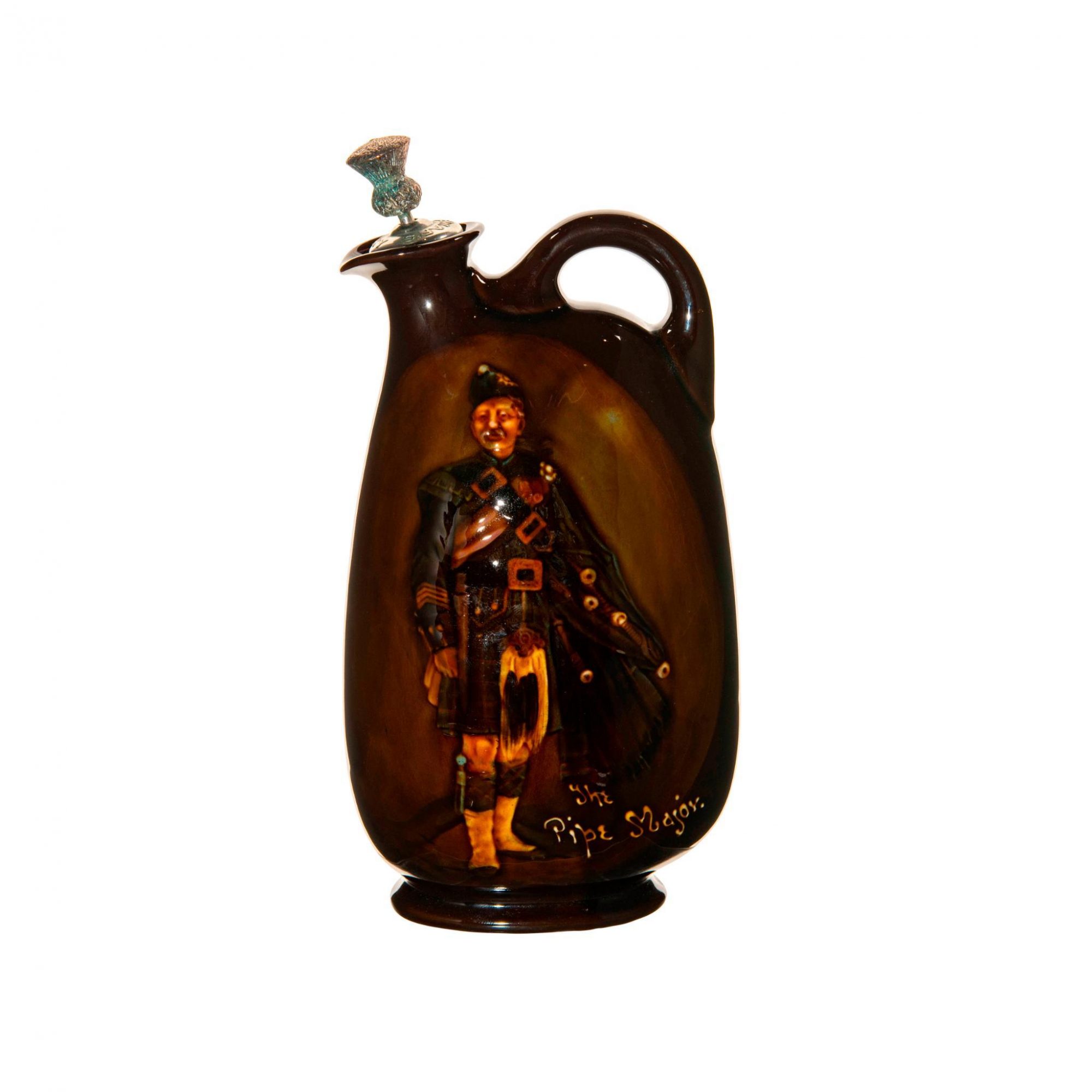 Early Kingsware pieces have lettering hand applied using a similar utensil we today would recognize being used for cake decoration. Kingsware was used to decorate a variety of objects from unusual tablewares to even more unusual examples of early Doulton animals, the most famous of which being Noke’s fox models. Developments and adaptations of the Kingsware technique were Queensware on a light cream body rather than brown and a colorful airbrushed version of Kingsware patterns. 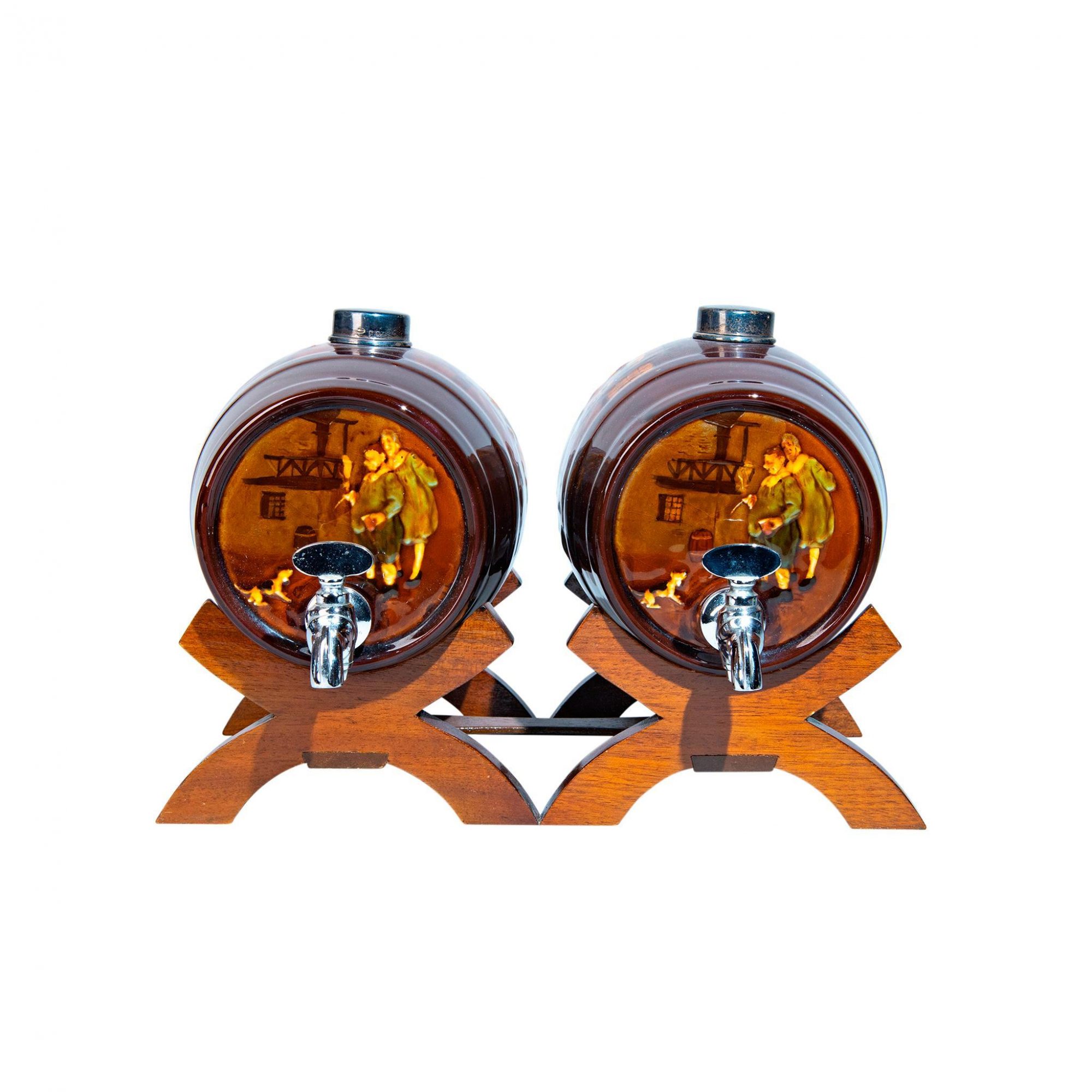 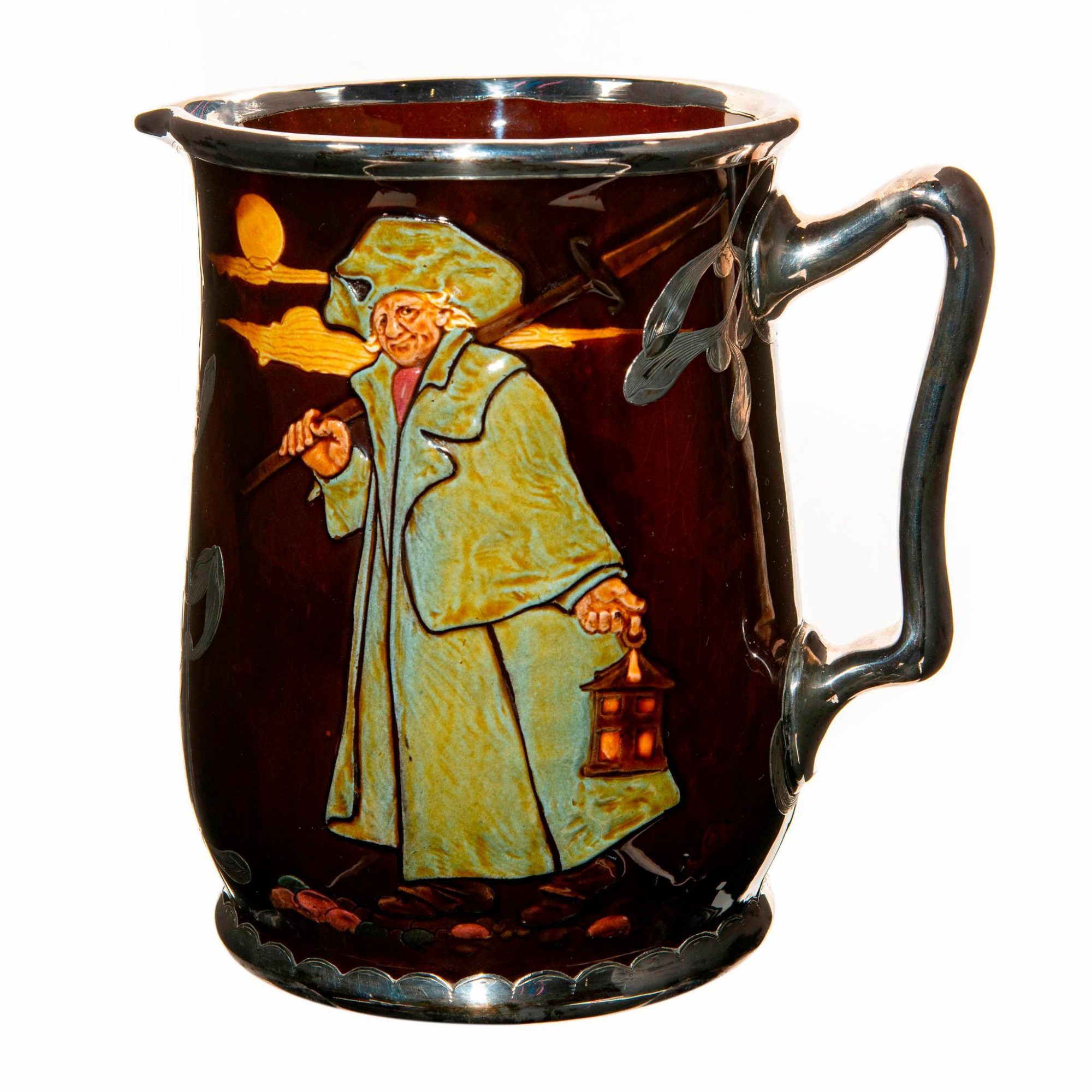 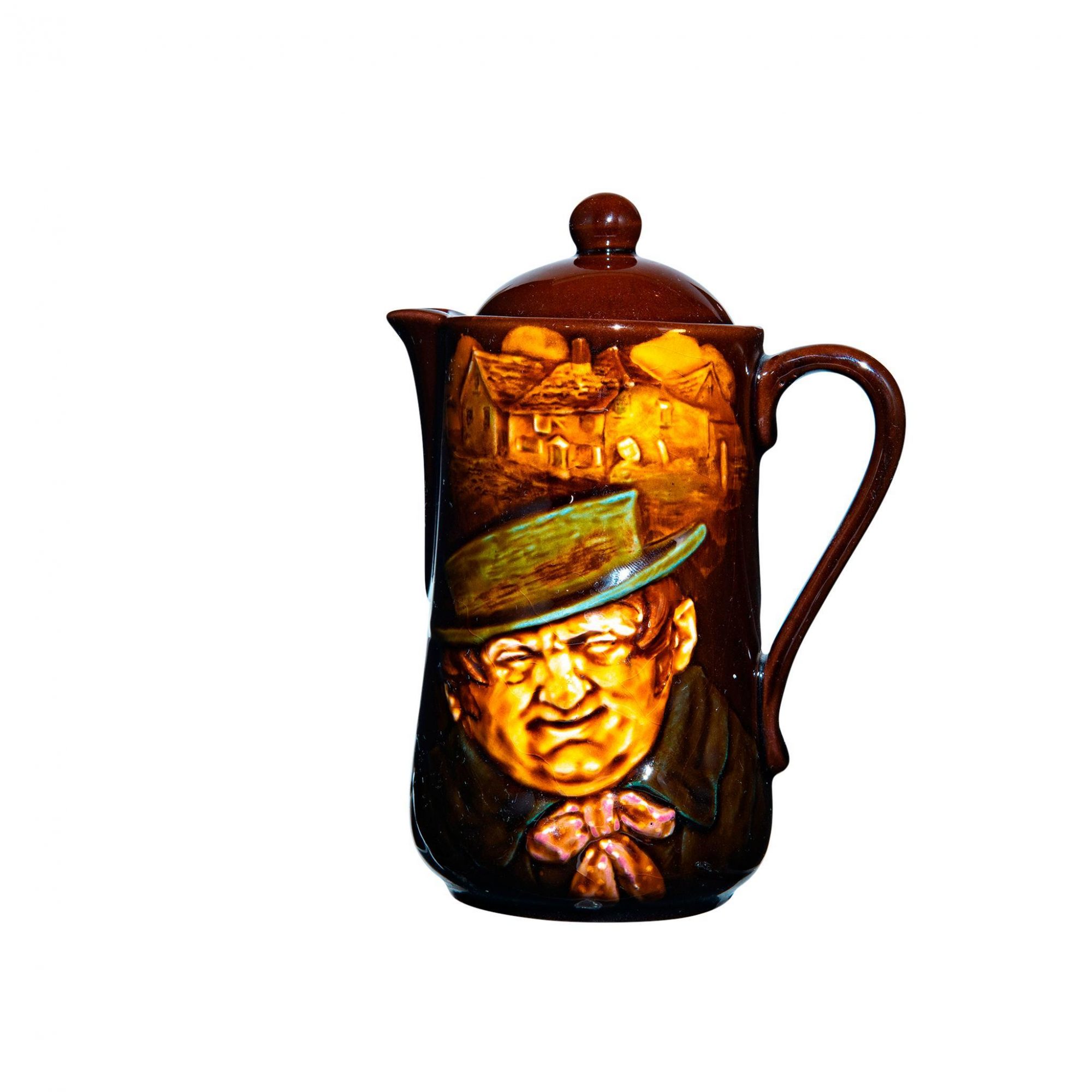 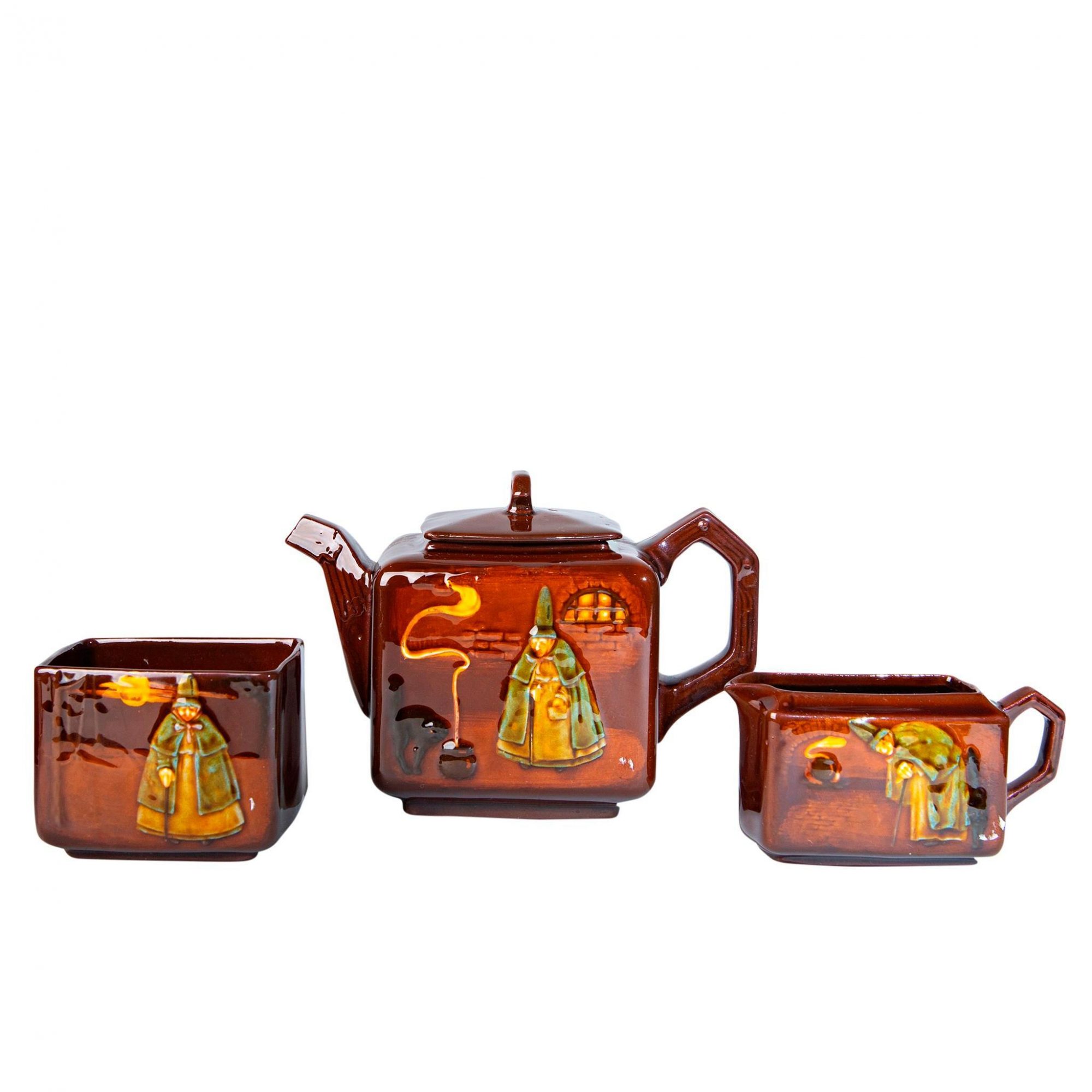 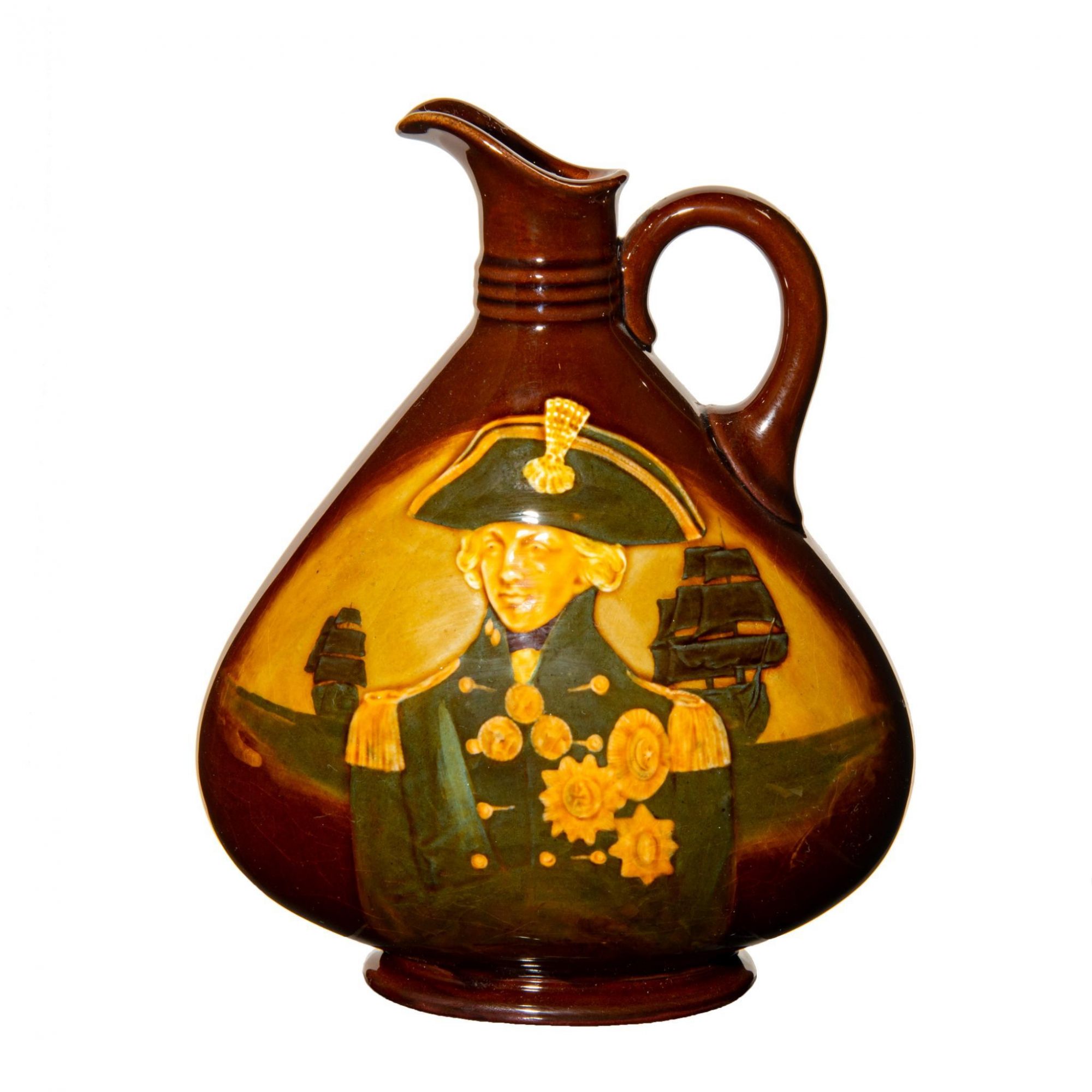 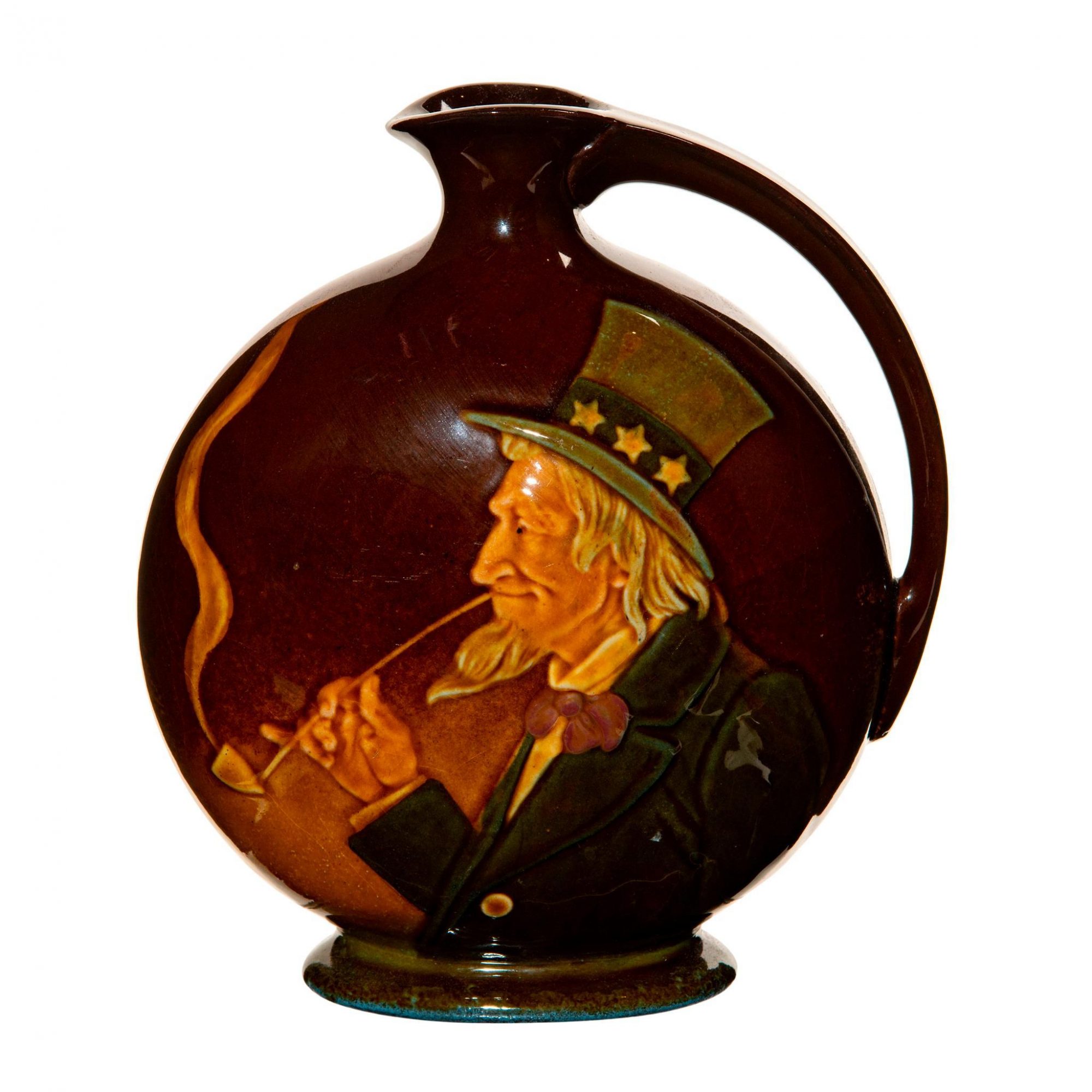 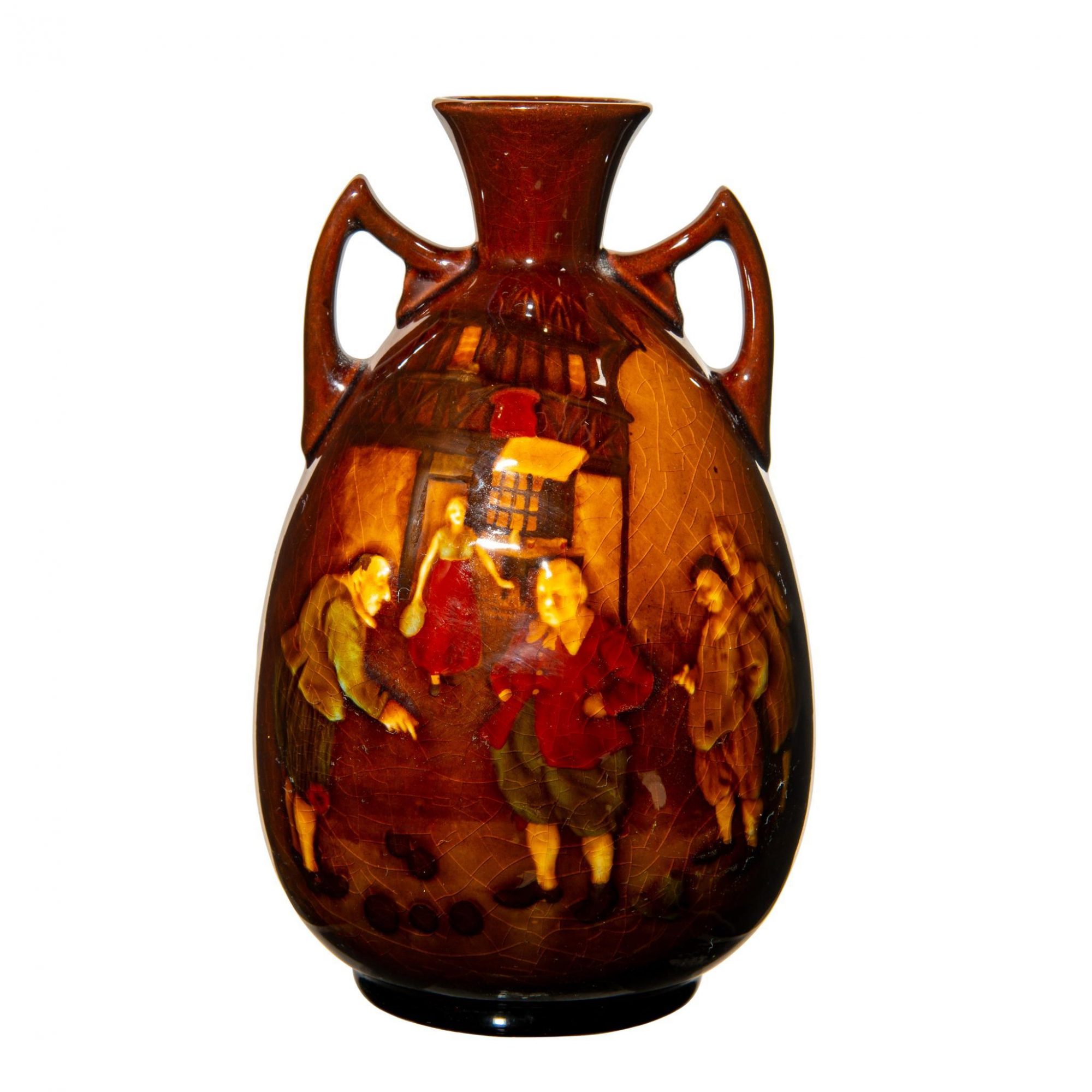 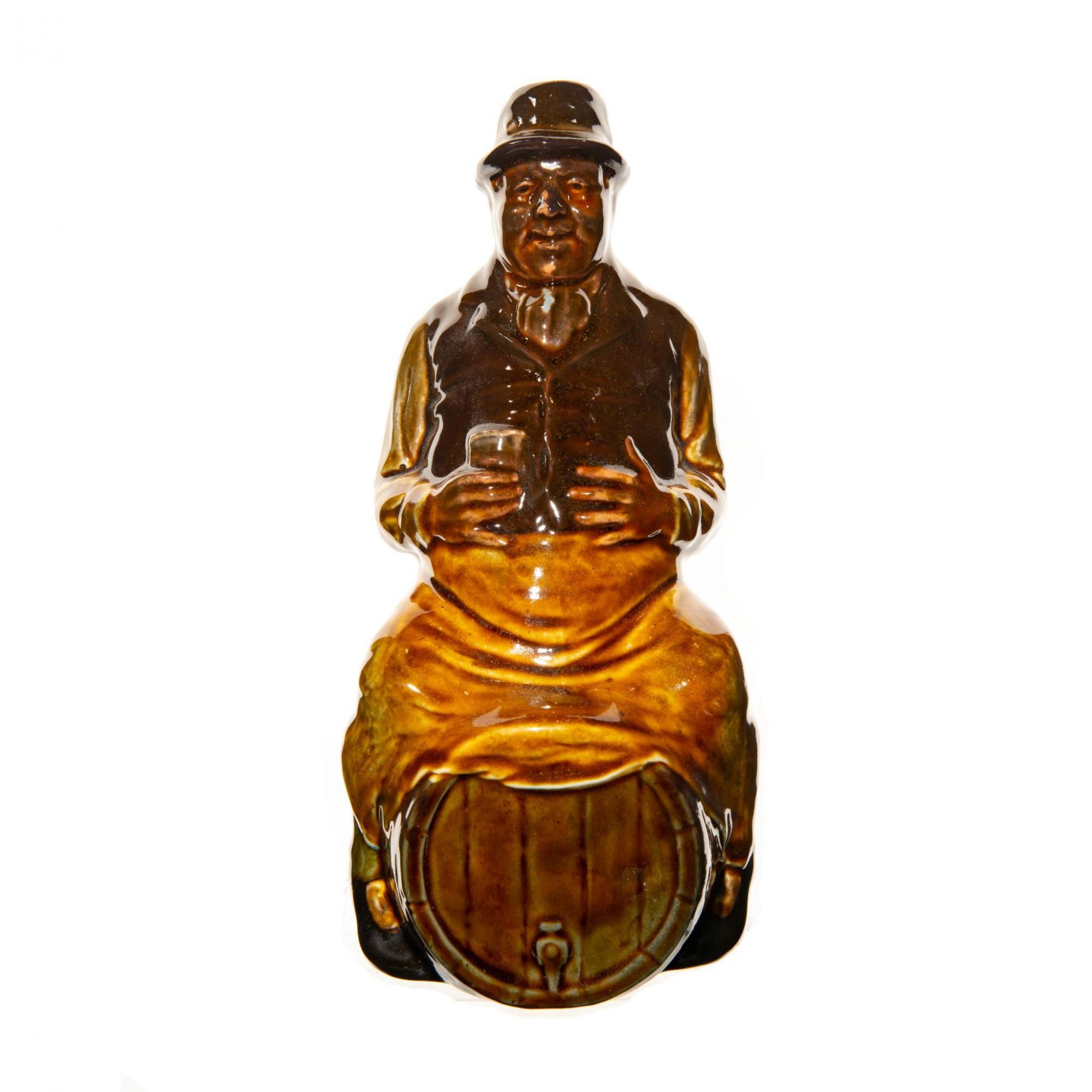 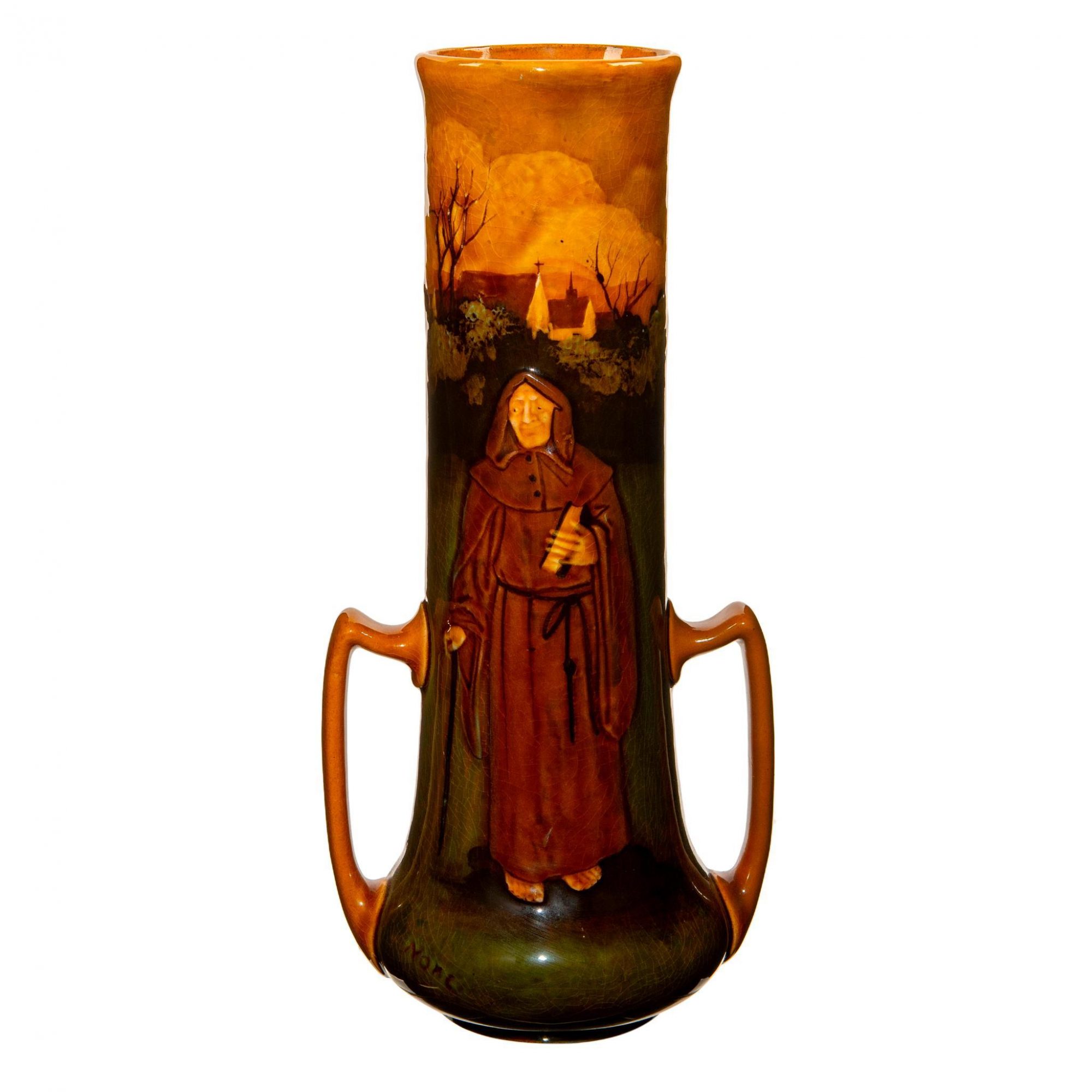