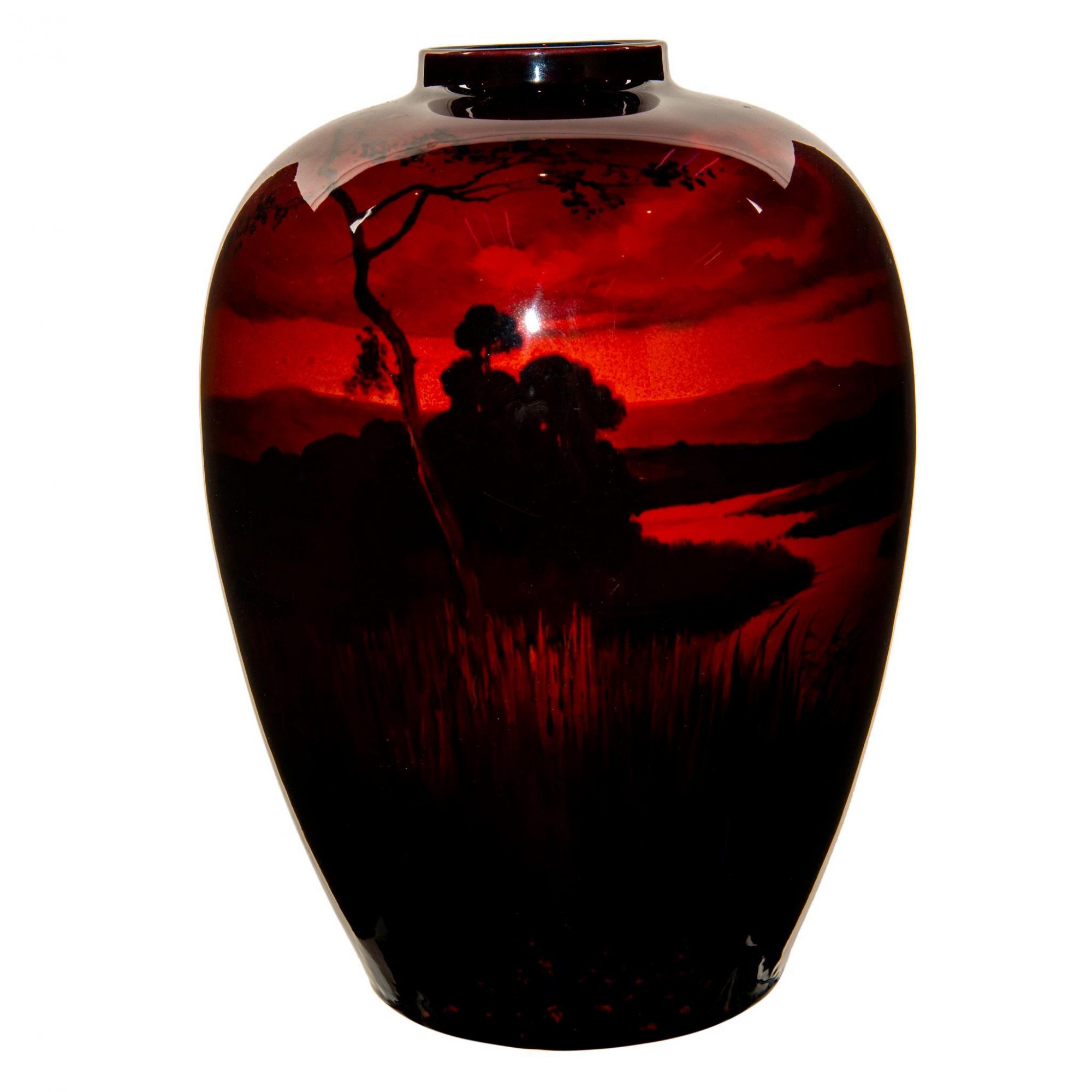 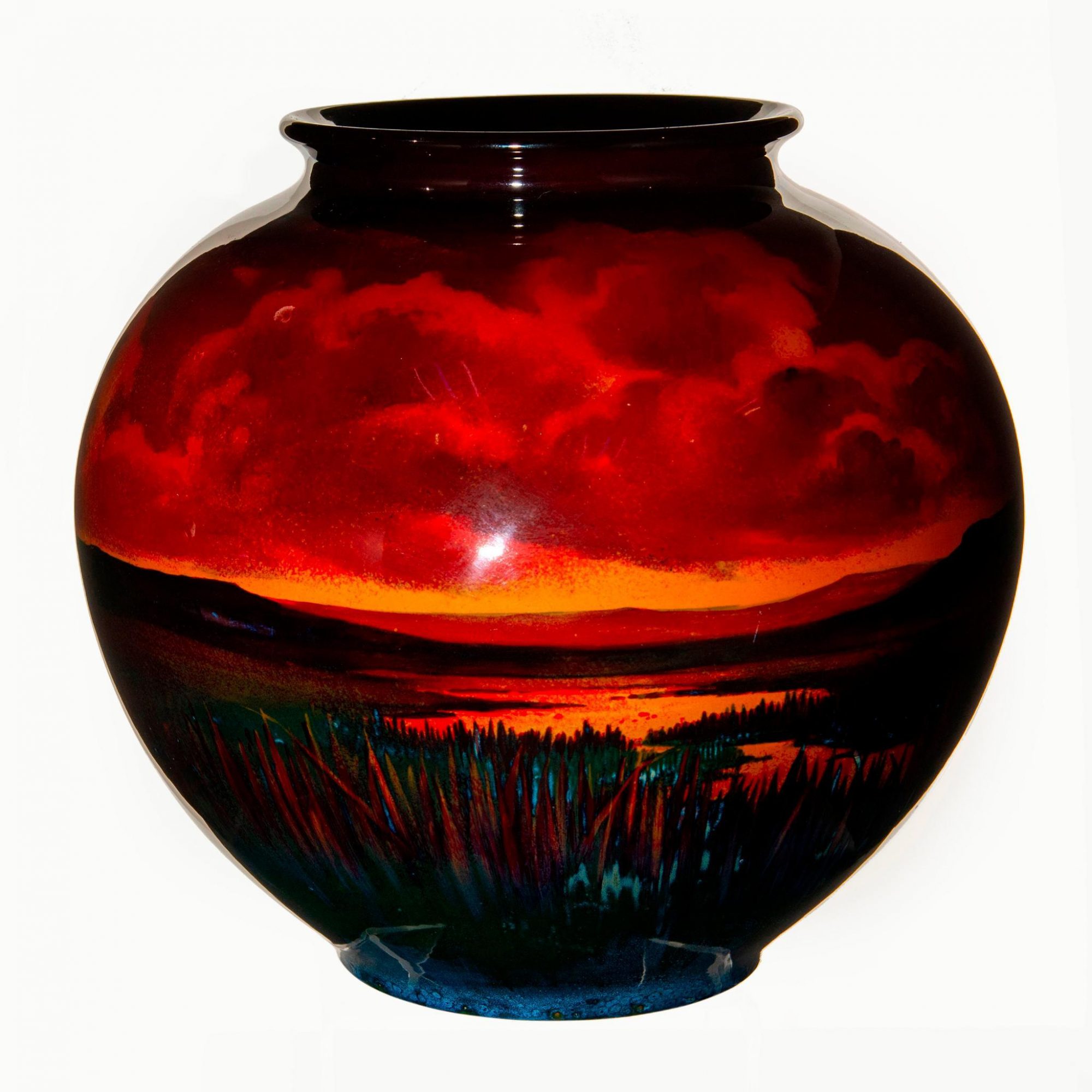 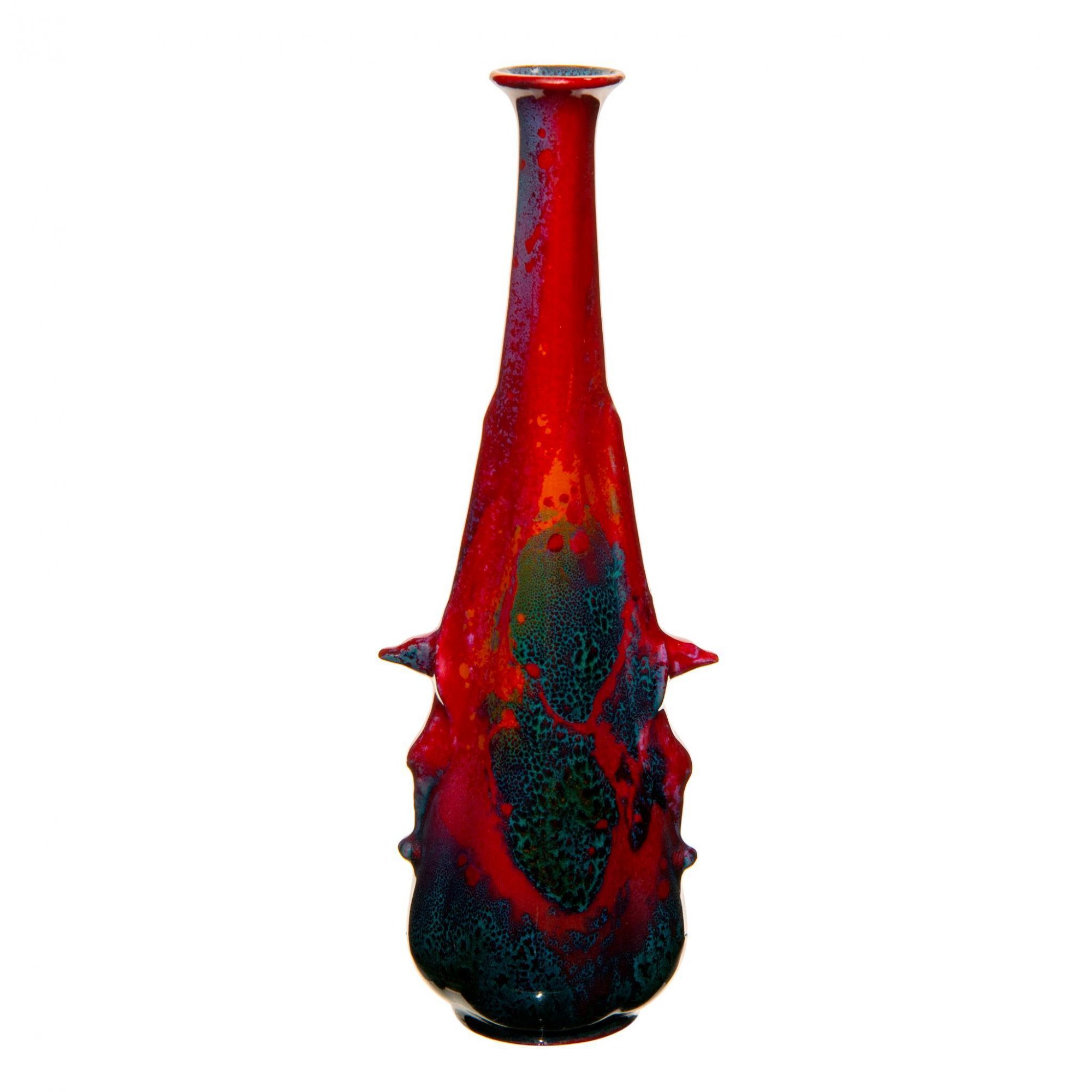 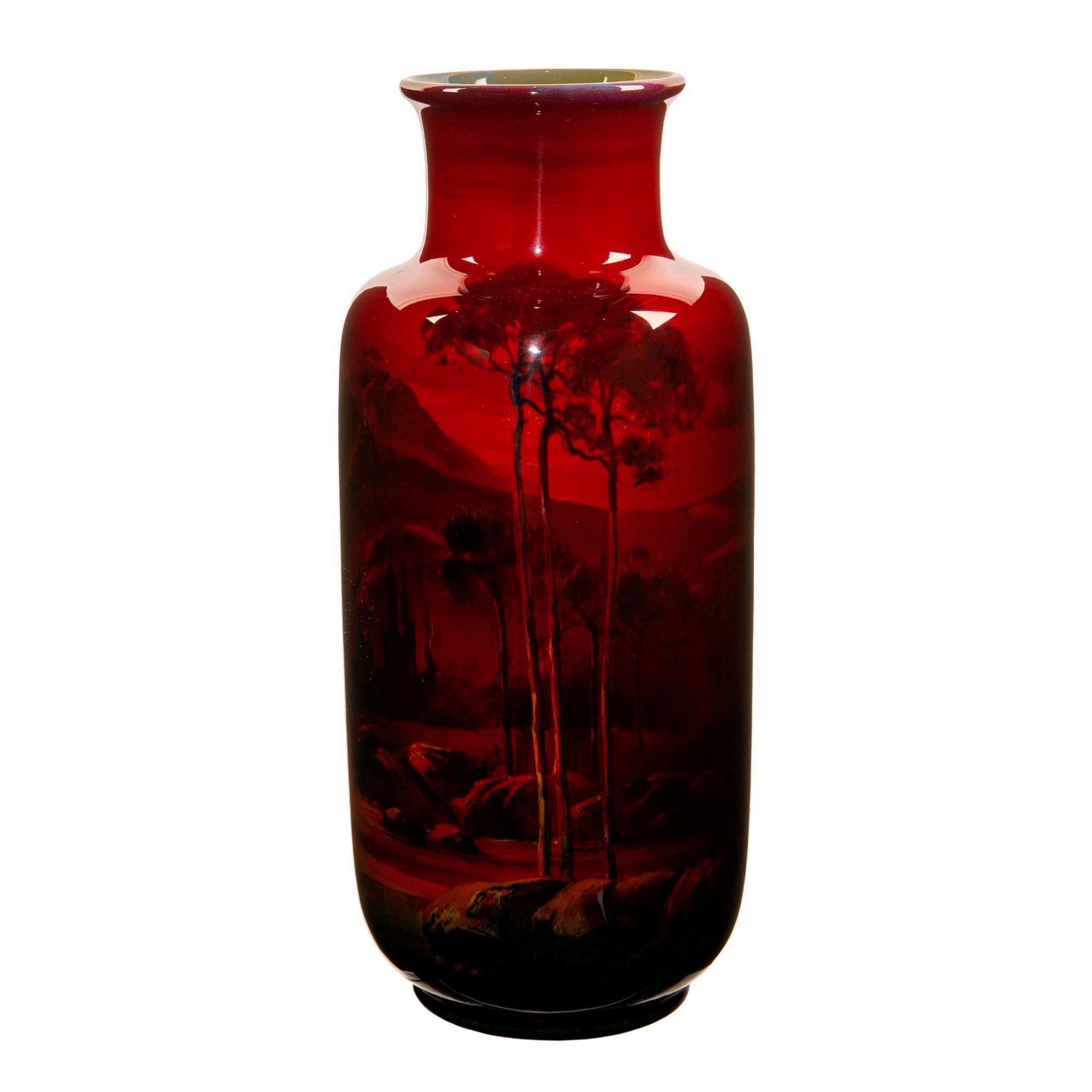 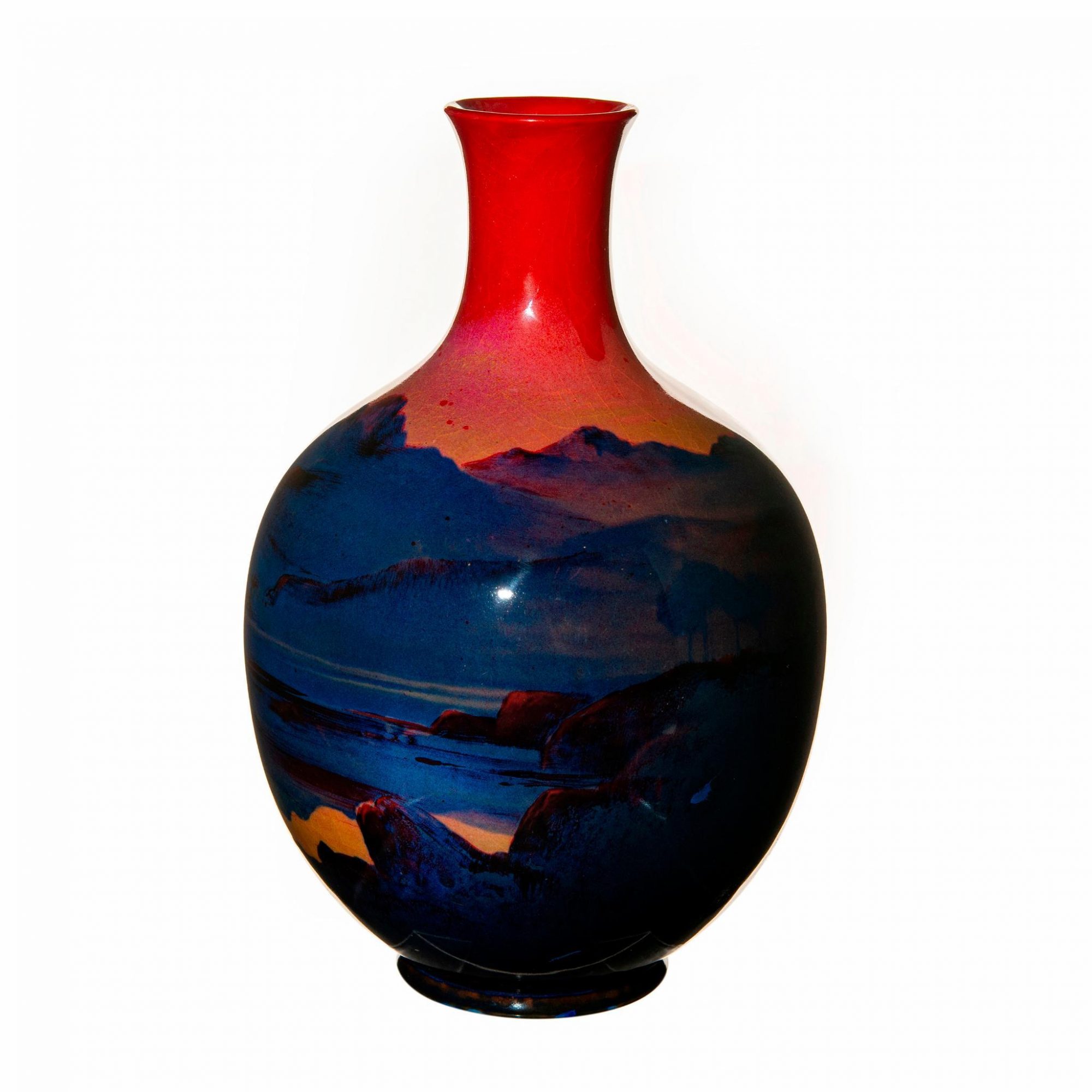 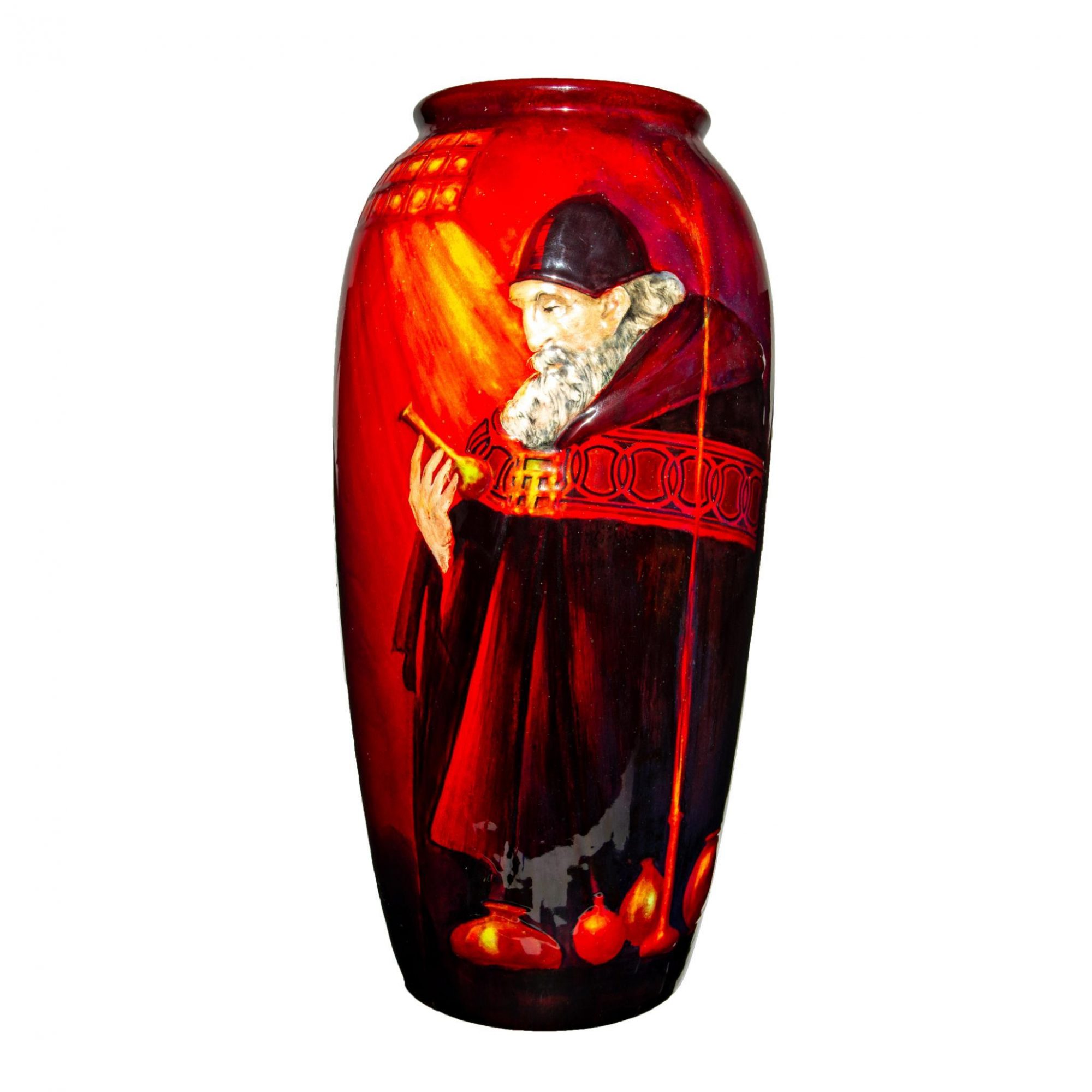 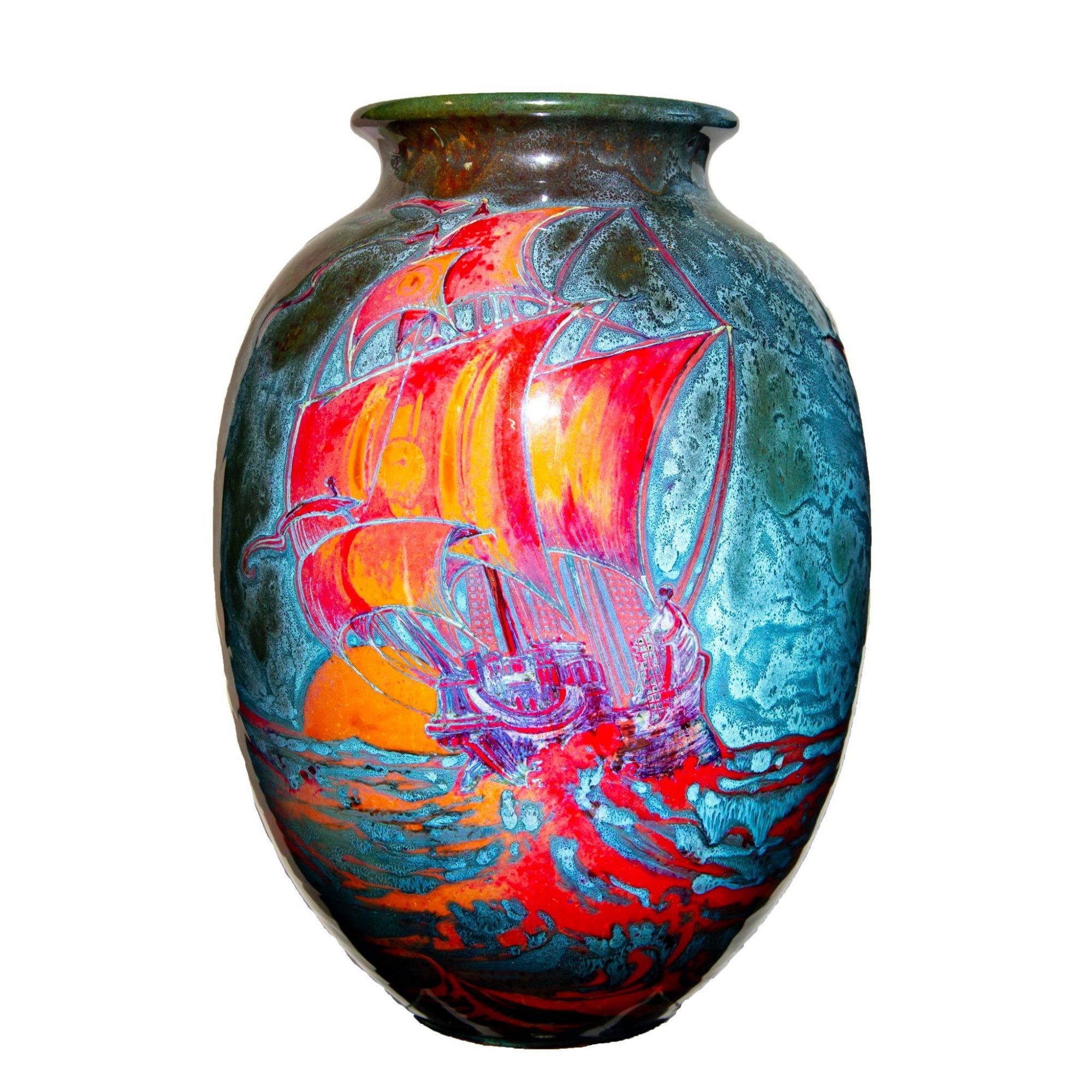 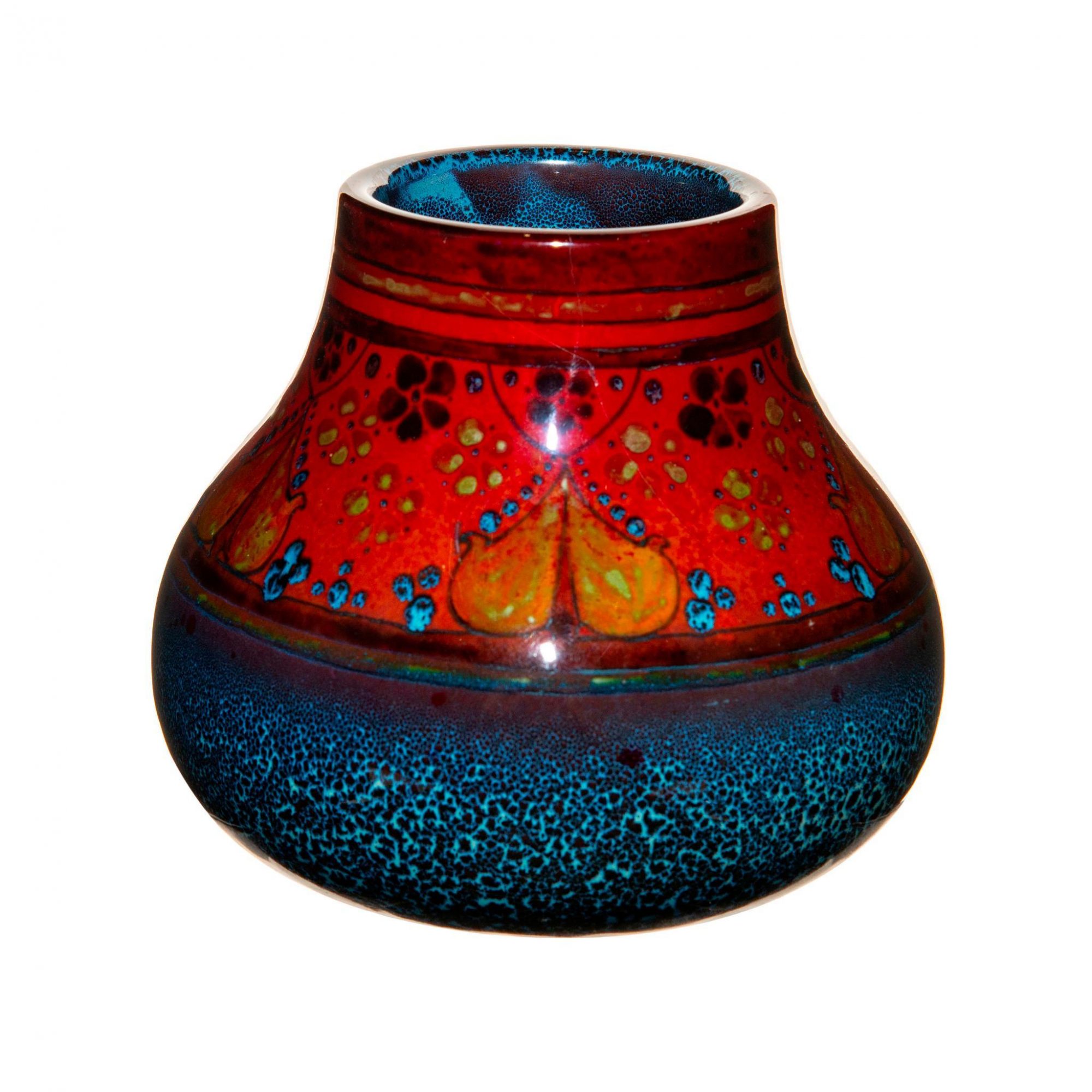 More than 500 years ago, Chinese potters experimented with glazes that utilized copper oxide in reduction, which produced a striking, deep red porcelain glaze that later generations of Europeans dubbed sang-de-boeuf, because it resembled ox blood. When these Sung Dynasty (A.D. 960-1279) porcelain pieces reached Europe, they were collectively called flambé, because of the glaze’s resemblance to flames, and were instantly prized by collectors.

Sung Dynasty ceramics are considered by many to be history’s foremost expression of the ceramic art. Although the origin of these striking flambé (or “transmutation”) glazes is lost in legend, one of the greatest achievements of Royal Doulton’s artisans was the rediscovery of long-lost secrets from China’s master potters, and their ceramicware that was renowned for its rich, blood-red and ruby effects.

The Sung Dynasty technique’s essential underpinnings included the firing processes, vessel shape, glaze composition, decoration, and aesthetic theory. Sung flambé pieces were simple and sedate, with a deep color and texture that invites the collector to touch it.

This aesthetic sophistication was matched by the Sung potters’ inventiveness, which led to classic wares generally associated with a specific region in China, including porcelain, stoneware, and celadons—the latter a type of pottery that’s glazed in a jade green color. These regional ceramic wares were so valued that they were accepted as payment by the Imperial court for tribute and yearly taxes.

During the 18th century, the red glaze was often slightly streaked, or included blue bleeds; these wares were prized by 19th century collectors. 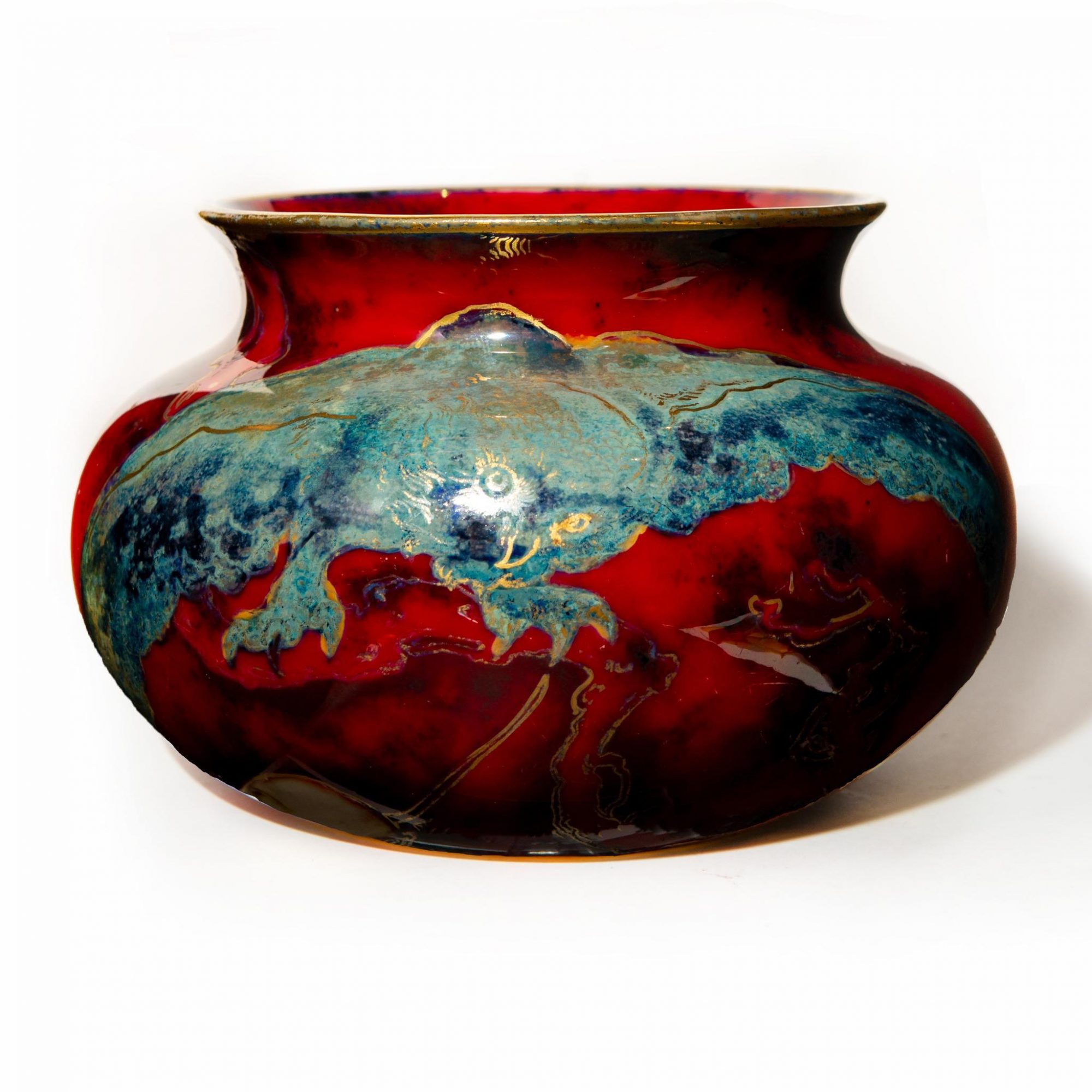 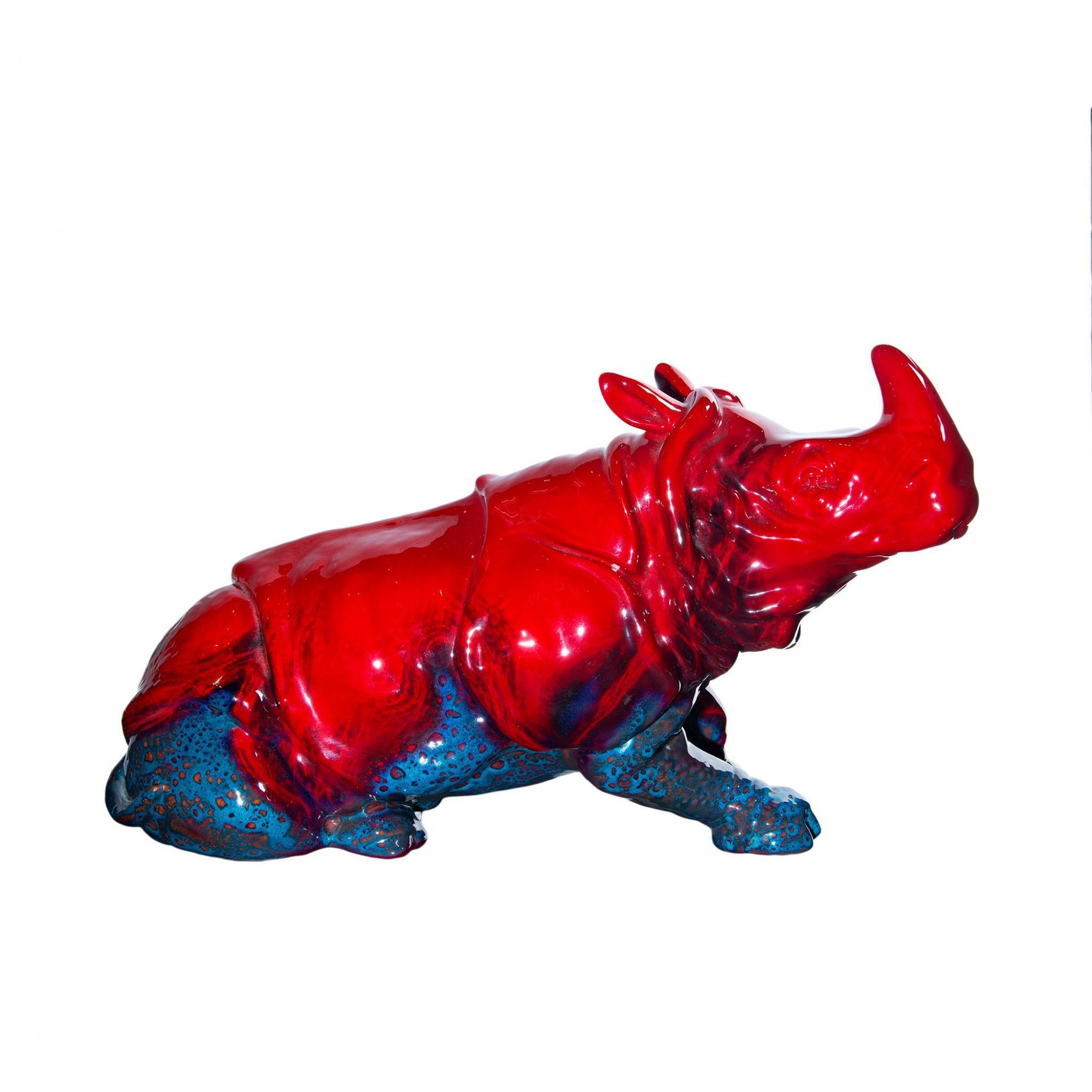 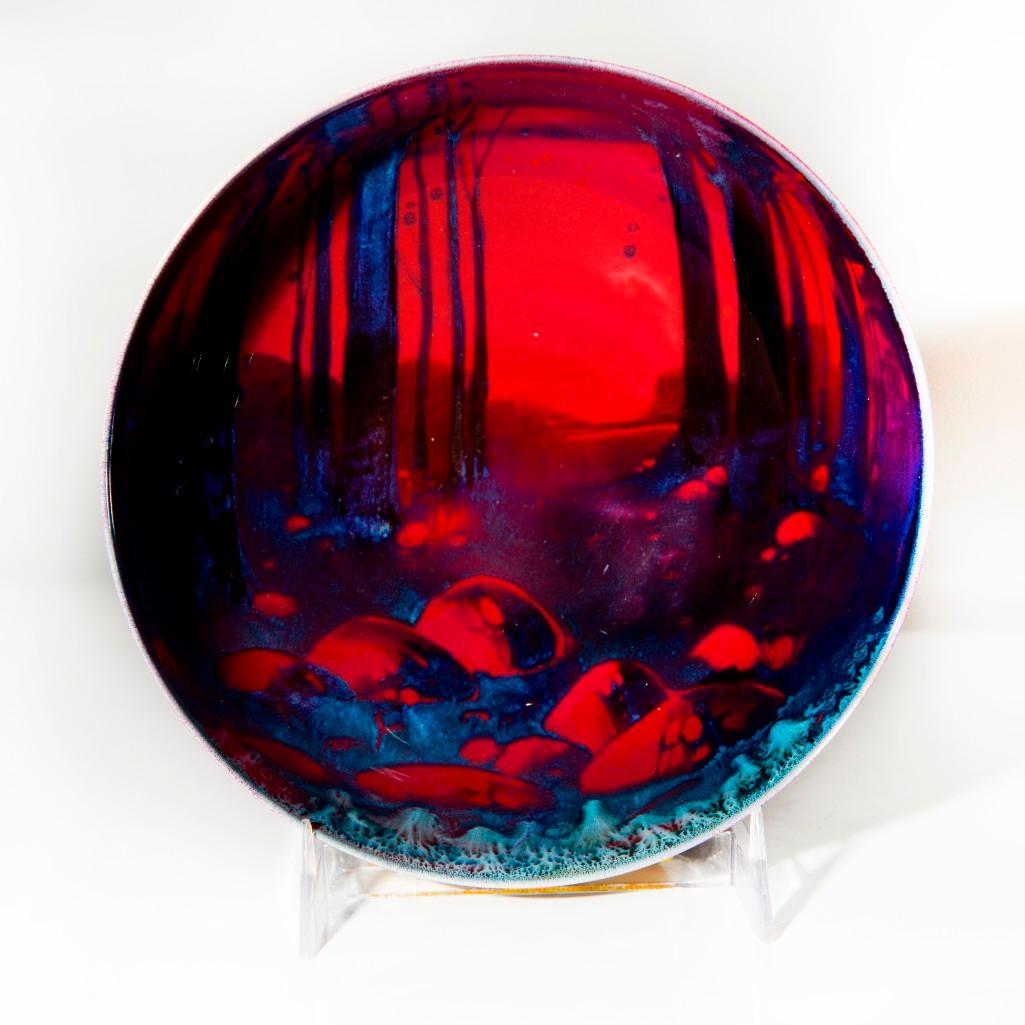 European master potters experimented with various techniques, but were not able to recreate the process. They knew that copper oxide was utilized as a coloring agent, and that the color effects were influenced by oxygen that was admitted to the kiln at various stages during firing.

After years of painstaking research and experimentation, which required building special kilns and experimenting with countless glazed and fired specimens, in the early 20th century, Royal Doulton designers succeeded in producing flambé glazed pieces, some of the finest examples of which were shown at the 1904 St. Louis World’s Fair and Exhibition. Tiffany’s expert, Arthur V. Rose, remarked, “For perfection of glaze, as well as exquisite coloring and purity of form, they rival the finest of the Chinese.

In 1908, in addition to vases and bowls, four flambé animals (frog, rabbit, birds, and mouse) were listed in the Royal Doulton catalog. In 1920, during the British Industries Fair at the Crystal Palace in London, the studio, under the direction of designer and artist Charles Noke, introduced “Sung” wares, which used a flambé glaze with painted and gilt decoration.

Today’s production designers that create flambé pieces guard their techniques and processes as closely as any Sung Dynasty potter. Although the modern processes are precisely controlled, they owe their technique to the pioneering discoveries of early 20th century Doulton artists and designers.

Interested in seeing Royal Doulton Flambe in person? The WMODA in South Florida has an outstanding collection on display. Click here to learn more. 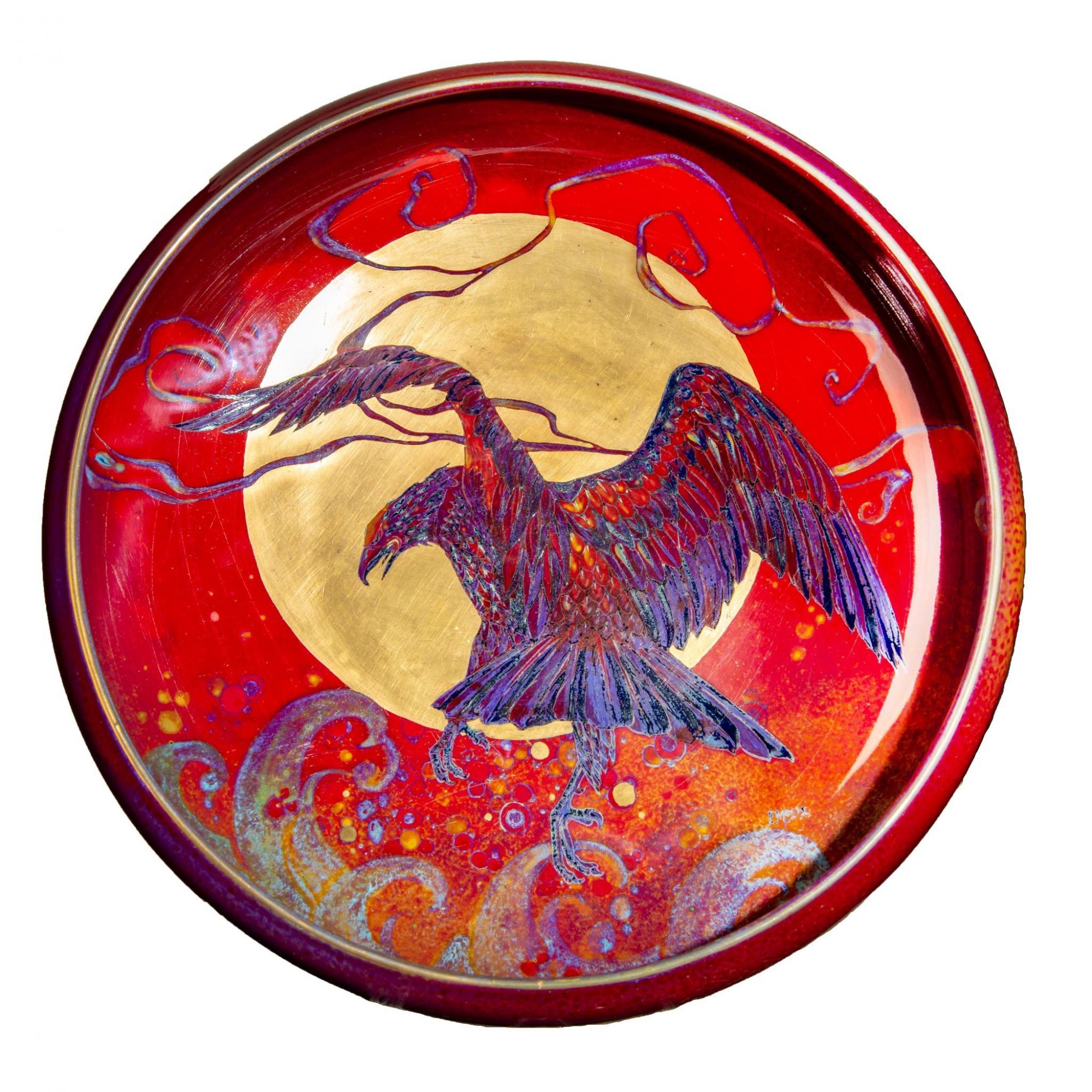 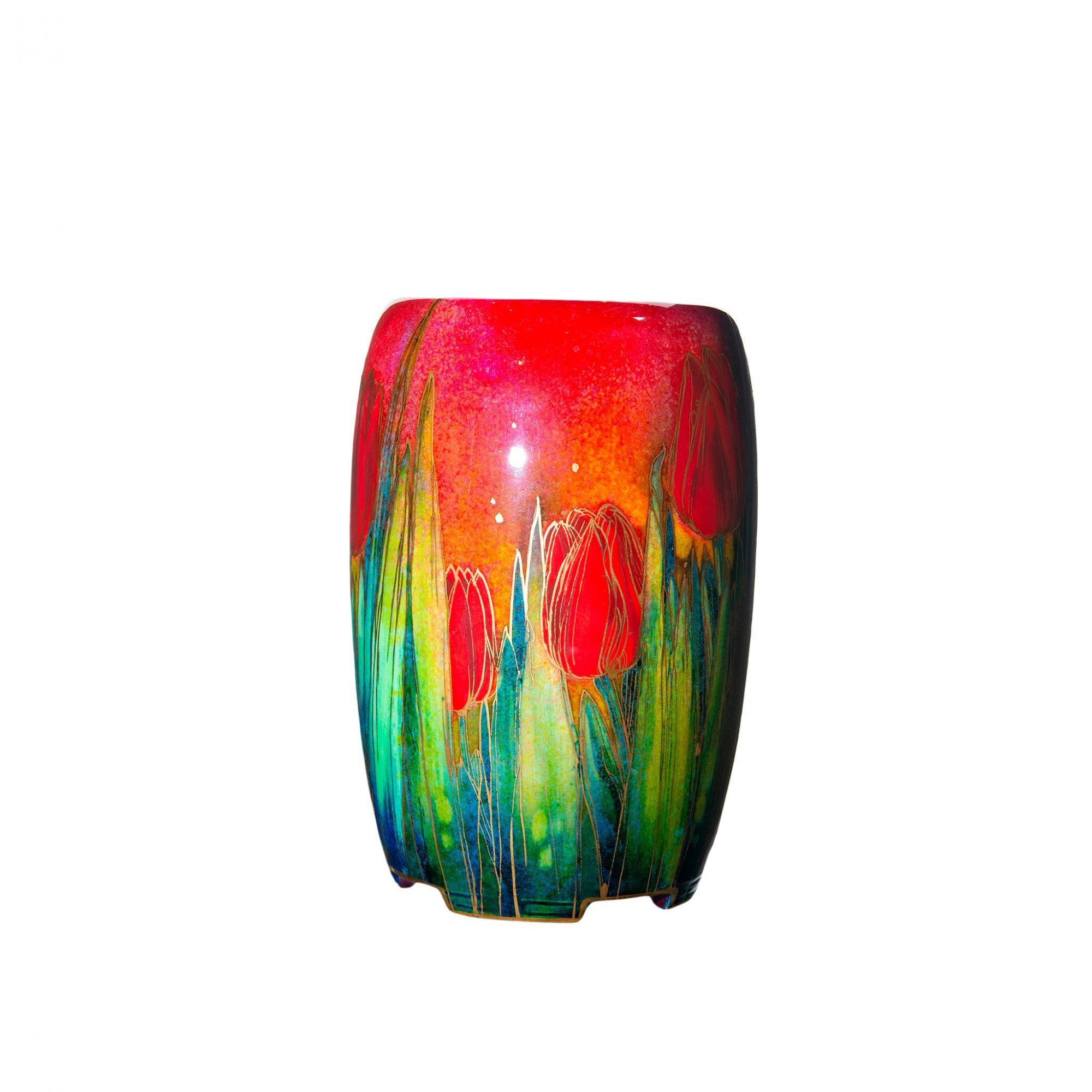 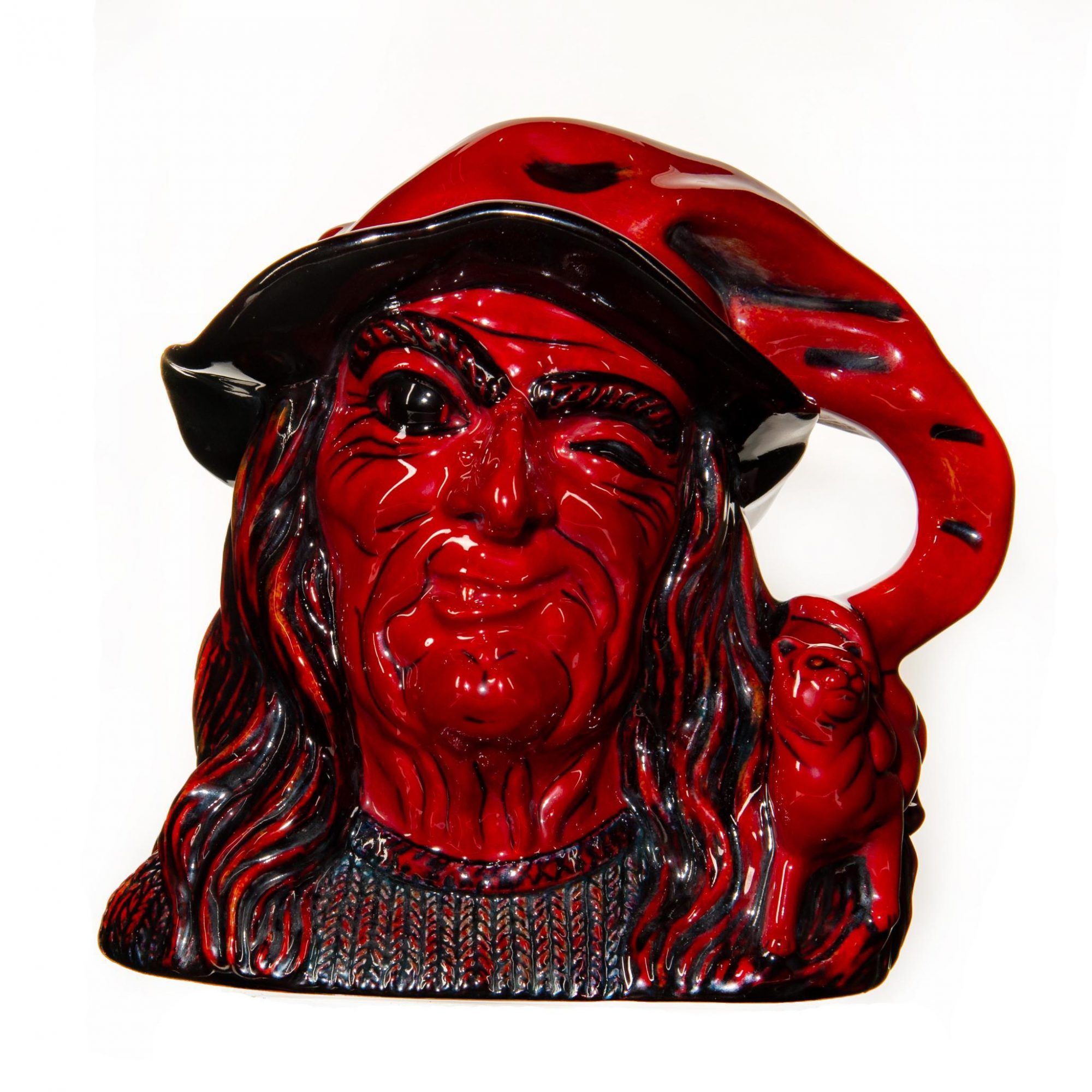 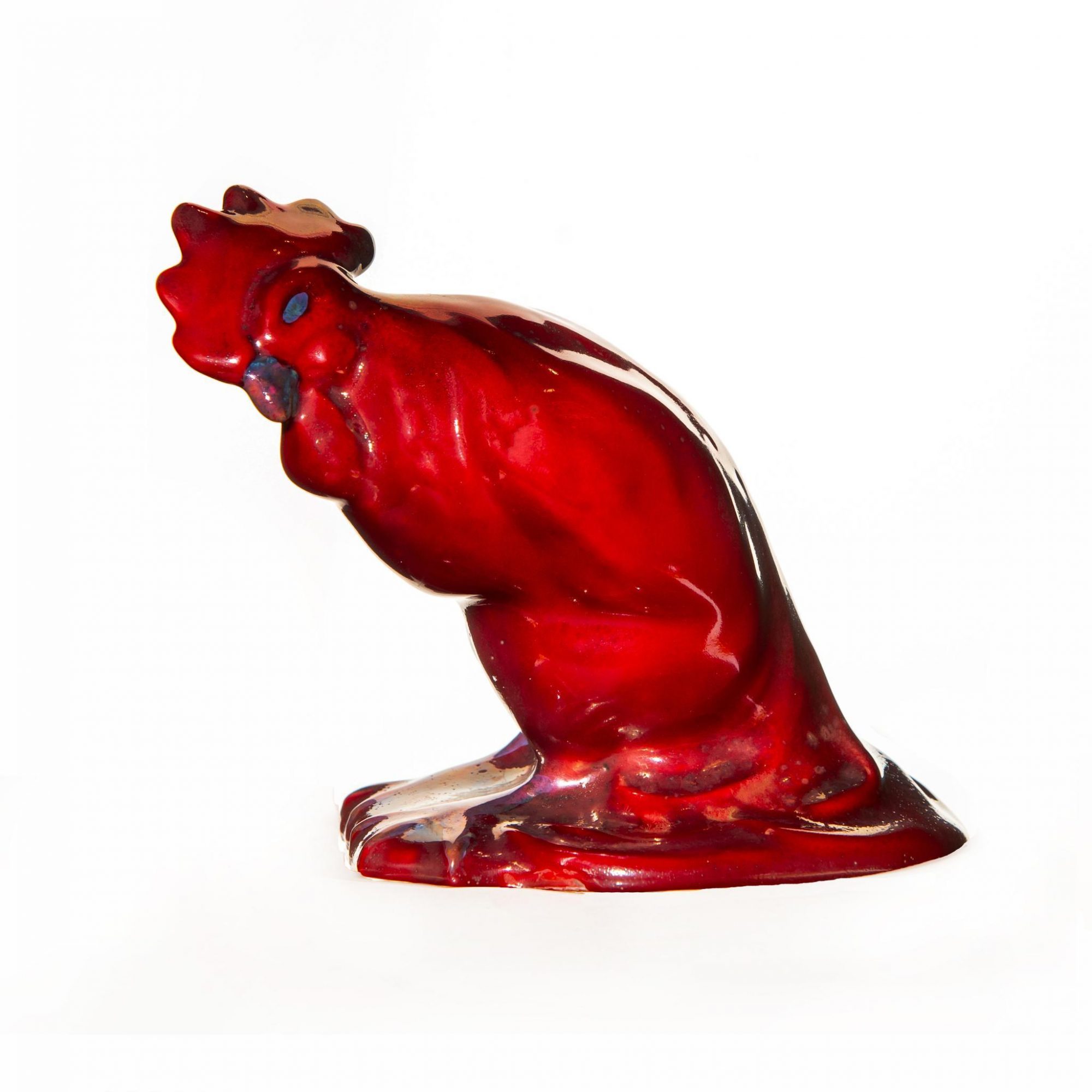 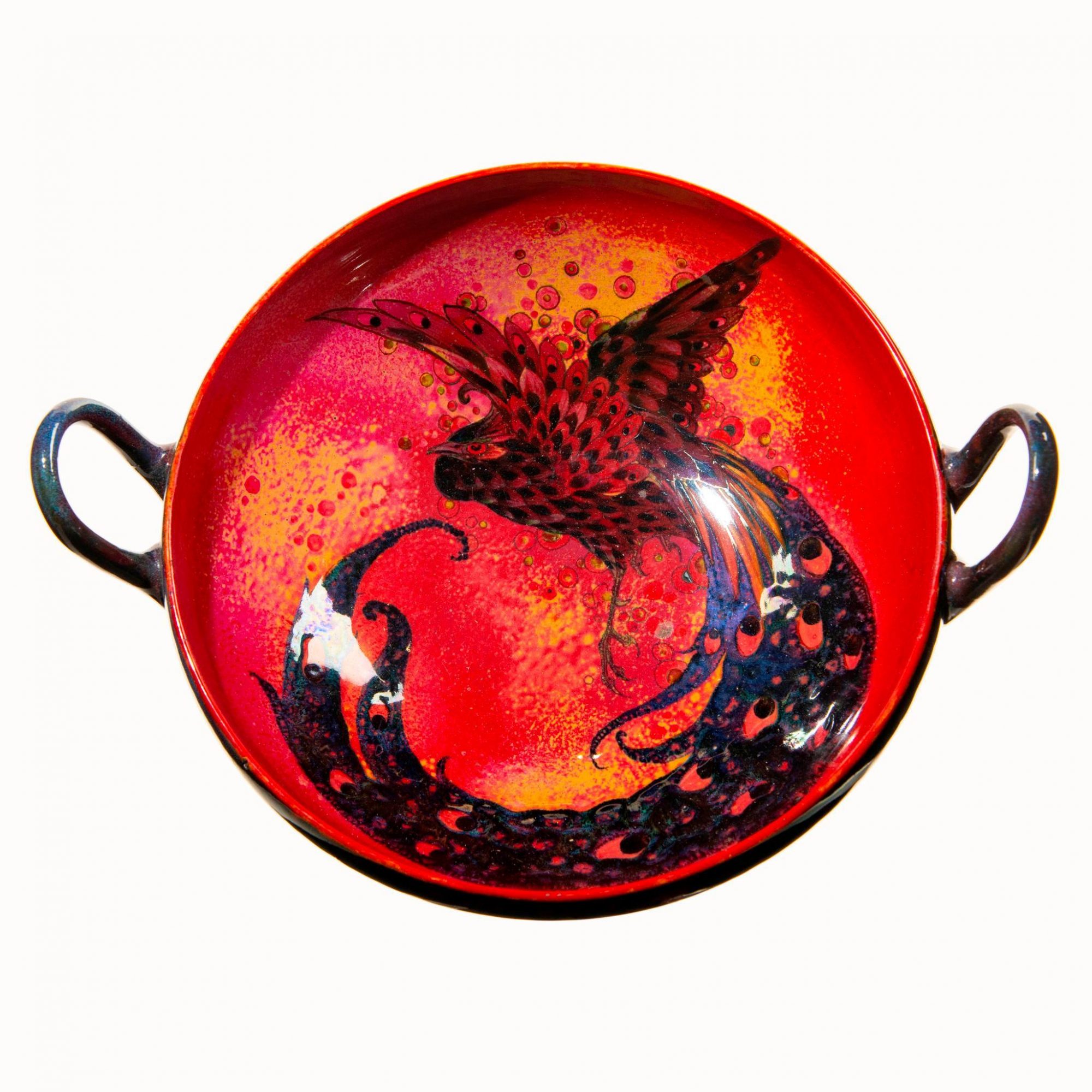 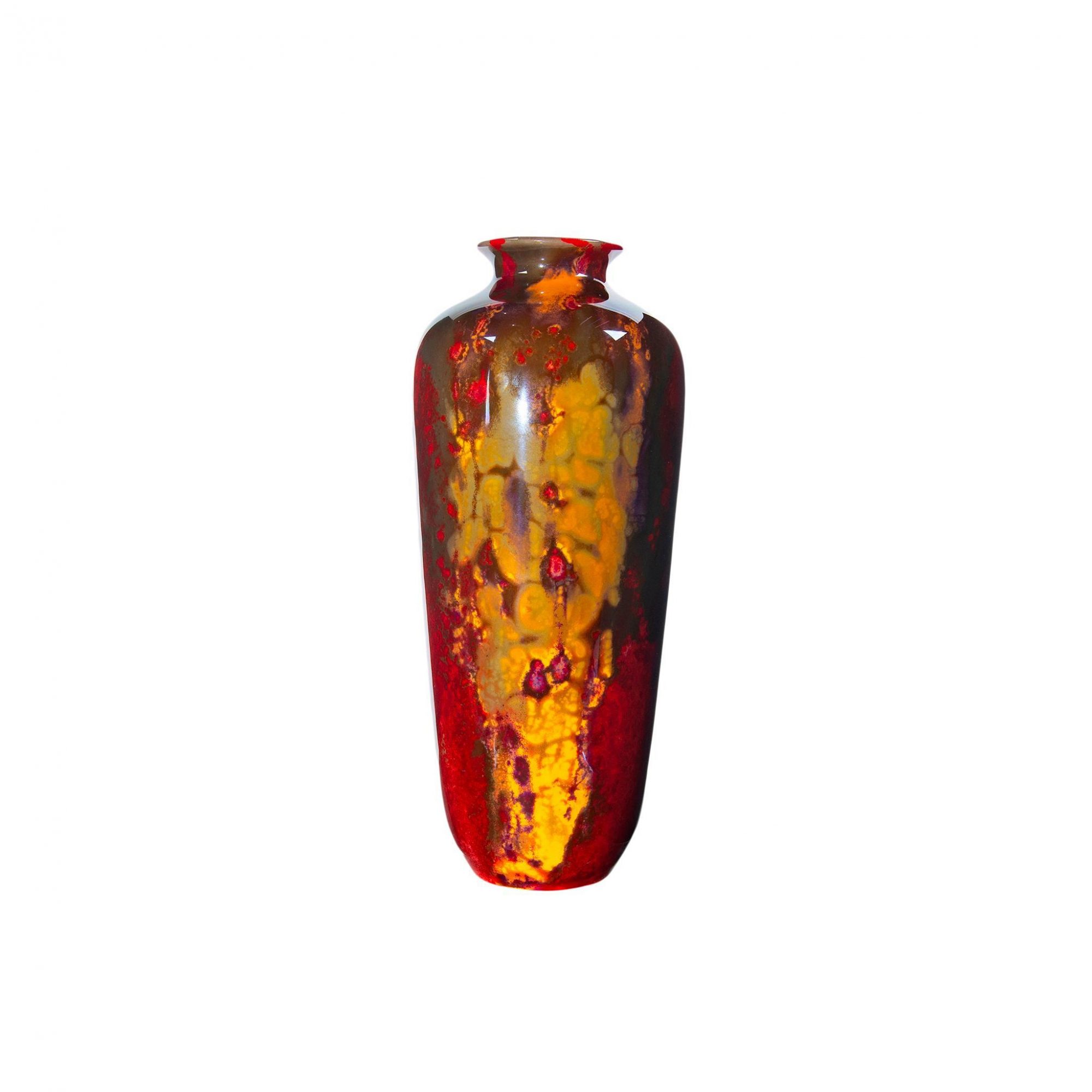 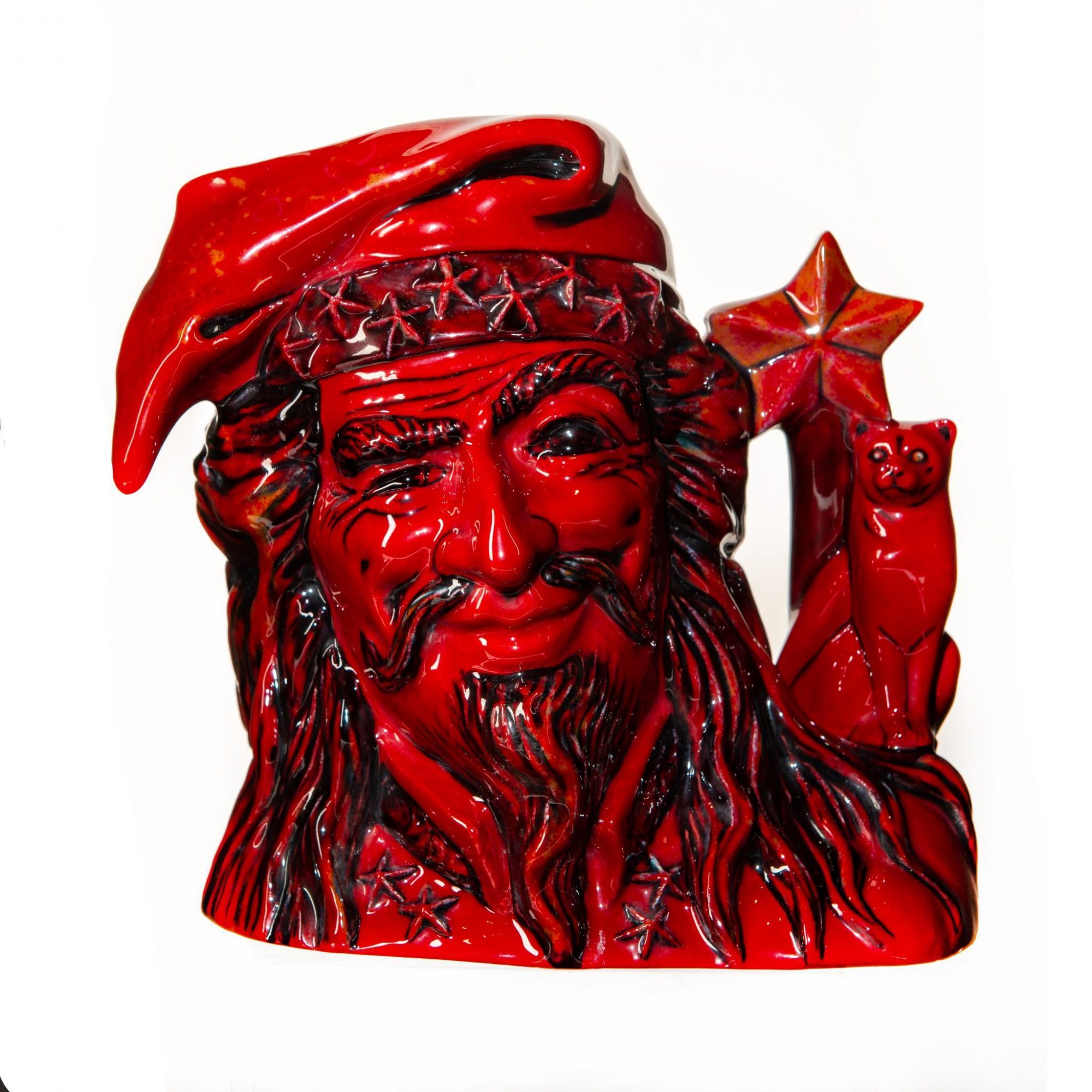 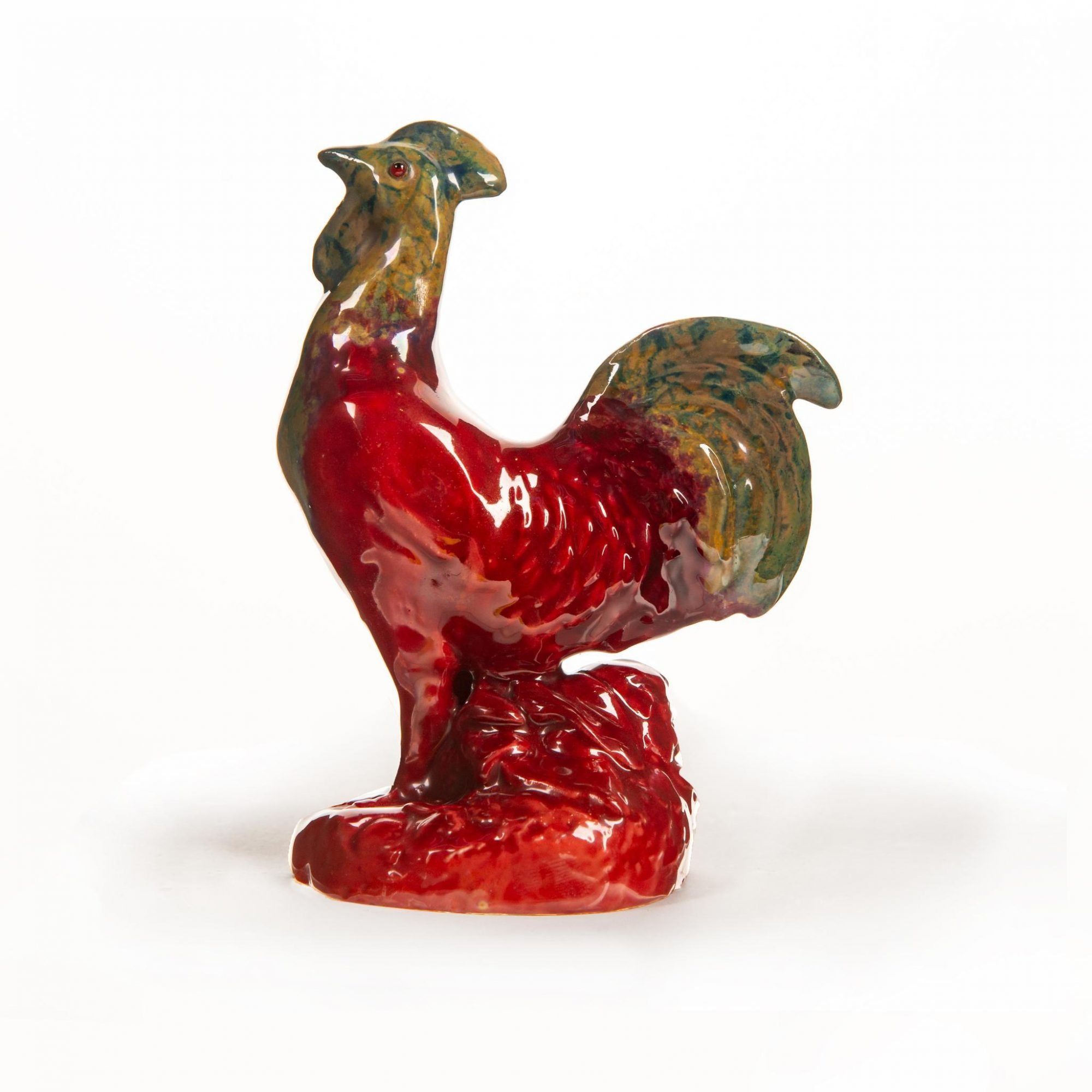